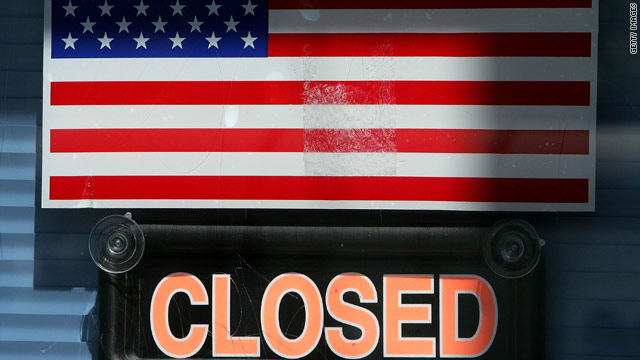 The budget battle continues, but what lies behind it? Is America's political system fundamentally broken? And what does the ideal budget look like anyway?

Fareed Zakaria says solutions are out there, but they are not ideological ones. Posturing serves nobody's interests. What America needs is a pragmatic approach to getting its fiscal house in order.  Here's the conversation:

Amar C. Bakshi: Does this potential shutdown prove our government is broken?  If so, what should be done to fix it?

Fareed Zakaria: I think it proves that our political system is broken - the political parties are broken.

It used to be that in Congress you became famous by creating big, bipartisan deals and passing big, bipartisan legislation.  There was an understanding that you were solving problems.  You were never going to get exactly what you wanted but it’s a country of 300 million people and not everyone agrees with you and it was important to get some progress.

Right now the way you become famous in Congress seems to be to actually not do a deal - to show that you have stood up to the evil forces on the other side.

You can see that most vividly on the Tea Party. The Tea Party’s constituency, or its base, clearly seems to be more interested in them not actually doing a deal than in them doing a deal.  This is ultimately puzzling because the Tea Party is real - I give them a lot of credit for raising the issues they have raised.

But they are one segment of the country.  Unless they believe that they should have the ability to - by some kind of dictatorial fiat - impose their will on the rest of the country, then they’re going to have to give and that’s the part that seems to be lost here.  That’s the part which says, “Okay, you know our preference is for 10; yours is for 50; so how about 25?” And you make a deal and you split the difference that way.

Is this a systemic problem?

Part of it is the political system where you have redistricting, which has meant that you have safer constituencies, which means that the only thing politicians worry about is primary challenges and not general election challenges. Ninety-percent of the House seats are safe in that sense.

You have fund-raising which now comes increasingly from the extremes of the parties rather than from the center.  And you have the narrowcasting of media, so that if some Republican were to say something suspiciously moderate sounding, it would be denounced by Rush Limbaugh the next day; then, maybe, there would be a primary challenge the day after that; and then funding may start drying up the day after that.

This is not an imaginary situation.  Friends of mine who are in Congress who are Republicans have told me this is precisely what happens and, of course, you see it with Orrin Hatch playing out in real life.

So I think that it’s a really serious, long-term problem that actually dwarfs the short-term gimmickry of the budget shutdown.

What would your plan for the budget look like?

I think that the solution to the budget is actually relatively straightforward, with one caveat. What I would do is this: I would eliminate almost all tax deductions, loopholes and what are called “tax expenditures,” which are effectively giveaways in the tax code that are almost always in return for campaign contributions.

The reason the American tax code is 14,000 pages long is that it is a series of giveaways to campaign contributors. And so if you get rid of that the Simpson-Bowles Commission estimates you can get almost a trillion and a half dollars, or you can reduce rates. I would rather, for now, just keep the money to pay down the debt.

I would put in a value-added tax because there’s simply no way you can sustain Medicare, Medicaid, and Social Security when you’re going to have double the number of people on it in 10 years without some increased revenues.

Once you’ve done those two things I think you have to very significantly restructure American entitlements and cut government spending. I think that for Social Security, the retirement age needs to be raised. You need means testing. You need to index it in a different way than it is indexed now so that you don’t have ever-rising benefits. You need to look at discretionary spending very carefully. You need to cut defense spending. There’s no way around it.

And then the big caveat I say is healthcare - Medicare in general.  That’s the 800-pound gorilla. That’s the one that you really have to get right. And I’ll be honest with you: I don’t know.  I don’t think anyone has a silver bullet.

I think that some of the stuff the Obama health plan does is very interesting - cost controls that should be looked at.  I think some of the stuff that Paul Ryan talks about, which is effectively forcing the consumer to pay more and therefore to be more cost-conscious, is a good idea.

And why does it have to be one or the other? I think that any expert you talk to will tell you that probably the solution for healthcare will be some combination of a variety of efforts that are geared towards cost controls and that frankly it’ll be a trial-and-error process. We’ll find out what works and then we can do more of one and less of the other.

As I said, it’s a pretty simple set of solutions - that is to say you cannot have revenue at 18-percent of GDP and sustain the kind of government we have had for the last 50 years.

To try to find some kind of perfect ideological solution in the midst of what is a $1.5 trillion budget seems crazy. You’re going to have to be pragmatic and do a little bit of everything.

How dire is our budget problem?

I think it’s important for people to understand we have a long-term problem. The United States has a long-term economic crisis. It has an unemployment crisis. But it does not have a dire short-term crisis and people shouldn’t panic.

The United States is recovering rather nicely from a very bad recession. It is probably going to grow faster than almost any developed economy in the world this year. It has no trouble borrowing. American borrowing costs have declined over the last three years.

So you know the reality is that the United States is not in some kind of dire, short-term problem like Greece or Portugal. The U.S. has a significant long-term problem that has to be addressed. But right now I feel as though people think that we are already in the midst of the seventh circle of hell, whereas, in fact, if you look at the financial markets, they’re telling us is that the U.S. economy is surprisingly vibrant.

Do you think confidence could suddenly collapse in the United States and the dollar?

There would have to be some forcing event.  Everything about Medicare and Medicaid and Social Security, people know. The markets are not unaware that we have these long-term problems.

I’m not trying to say that this window will last forever. But we have five years, not five months to fix this.