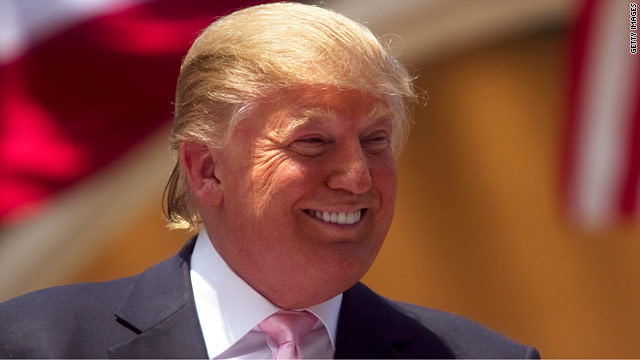 A number of you have been asking me on Facebook, Twitter and iReport what I think about Donald Trump, the ‘birther’ issue and the Republican presidential field. Here are my thoughts:

1. Donald Trump’s appeal is based on a fantasy

Americans have always had an appetite for a populist, non-politician who promises to cut through the mess in Washington and provide simple, commonsense solutions to the problems ailing the United States.

The peculiar American twist is that the populists tend to be billionaires. People think the very rich are immune to the usual pressures in government.  In some cases this turns out to be true (Mayor Michael Bloomberg is a good example).

But, fundamentally, this is wishful thinking bordering on fantasy. The mess we’re in is not a product of a handful of idiotic politicians engaged in venal behavior. The problem is that Americans want low-taxes and lots of government services.

If you look at the recent polls, most Americans think there should be no changes to Medicare and no broad increases in taxation. This is magical mathematics. There is no way to make the budget work without doing both of these things - or at least one of them.

The reason people like Donald Trump have appeal is they seem to promise that through their superior business talent they will magically solve problems and save Americans from having to make hard choices. That’s a fantasy. It’s never going to happen.

2. The ‘birther’ issue is coded racism

Then there is the ‘birther’ issue.  I regard this as coded racism, frankly. I don’t think there’s any other word for it.

For goodness' sake, George Stephanopoulos displayed Obama's Certificate of Live Birth on network TV and this rumor still doesn't die. Put it this way: If the President was a white man named John Smith with the other background issues being the same - foreign student father, mother in Hawaii, etc. - would there be any of these dark insinuations? Trump should be ashamed of himself. But then, I suppose, he wouldn't be Donald Trump.

I don’t think that the 'birther' issue the real appeal of Trump, anyway. It has just helped Trump get free media and rise up in the polls. His real appeal is the fantasy that he can somehow get us out of the mess we’re in.

The reality, however, is that only we can get us out of the mess we’re in.

3. The Republican presidential field is weak

I think the most serious Republican candidate is Mitt Romney. He has run a big business. He was the governor of a big state. But he’s probably disqualified from the Republican nomination because his healthcare plan is too close to Obama’s.

I think this is unfortunate because he would spur a serious debate if he were the nominee. I don’t agree with everything he says. (He’s said some pretty nutty stuff about Islamic extremism and terrorism). But I do think he’s a credible guy who could plausibly be a good President.

Tim Pawlenty and Mitch Daniels strike me as minor figures who are unlikely to have the kind of firepower that you would need to take on a sitting President.

And Sarah Palin and Michele Bachmann are ideological statements that fire up the base but would be overwhelmingly rejected by the American people. If either of these two were nominated, it would say that the Republican Party was more interested in being true to its perceived causes than in actually winning elections.  This has not historically been true of the Republican Party, which has tended to be a more practical party.

4.  President Obama is in good shape

The single most important factor determining a president’s reelection is the economy. And through a combination of good crisis management and luck, I think Obama will end up entering the 2012 campaign stretch with an American economy that’s improving, which is probably more important than everything else.

So those are my thoughts. I'd love for you to continue the conversation below, and to follow me on Facebook and Twitter. You can also send me video questions through iReport.

Topics: From Fareed • Jobs • Perspectives • Politics • United States
Next entry »Quiz: Tweets that could land you in Canadian jail and Kate Middleton's new coat of arms
« Previous entryFareed Zakaria on the future of the Middle East

Next entry »Quiz: Tweets that could land you in Canadian jail and Kate Middleton's new coat of arms
« Previous entryFareed Zakaria on the future of the Middle East