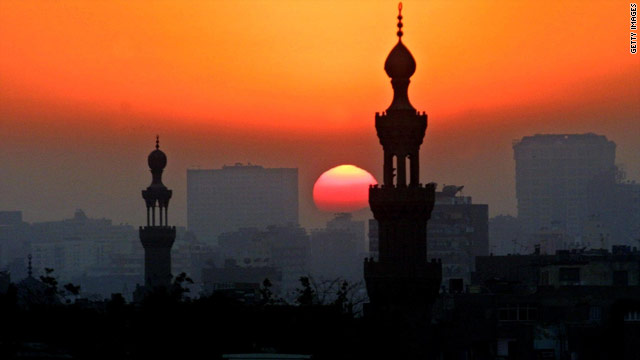 Fareed Zakaria on the future of the Middle East

A number of you have been asking me on Facebook, Twitter and iReport about my predictions for the Middle East ten years down the line.

I think we’re seeing the beginning of fundamental change in the Middle East. This is the region's 1989.  The big caveat, however, is that the Middle East is not Eastern Europe. So change will not happen on the scale or with the speed and scope that it happened in Europe.

The key places to focus on are the non-oil-producing countries like Egypt, Tunisia and, to a certain extent, Jordan and Morocco. Those are the places where there is significant pressure for economic and political reform. There you can't buy off the population easily, which is the typical strategy of the rich oil states.

I tend to think that the bribery will work better than repression. At the end of the day, Syria is going to have difficulty even though it will probably engage in a pretty brutal crackdown.

Years from now my prediction to you is that all those non-oil-producing states will look significantly different from the way they look now.

I think with the oil-producing states, change will be more evolutionary.  Eventually there will be kinder, gentler monarchies that spread the wealth around more.

If I’m wrong about that then all bets are off because Saudi Arabia is the 800-pound gorilla.

Ten years ago most people thought Indonesia wouldn't even exist as a country after (President) Suharto fell. People thought that Indonesia was not even a real country - the Dutch had just colonized these 400 different islands.  It was poor. It had the dangers of Islamic fundamentalism, extremism and jihadi groups.

But the democratic political system stabilized the country. It provided vents and escape valves for some of these tensions.

There were hiccups along the way. Indonesia is still a pretty complicated place with a lot of corruption, dysfunction and some problems of Islamic extremism. But, by and large, it has been a stable democratic country with economic reform.

I think that’s not a bad model for Egypt and I think if Egypt could get there - which is quite possible - it would be amazing progress for the country. It would be more progress in 10 years than they’ve made in 40 years.

Those are my thoughts. I'd love for you to continue the conversation below, and to follow me on Facebook and Twitter. As always, you can send me video questions through iReport.