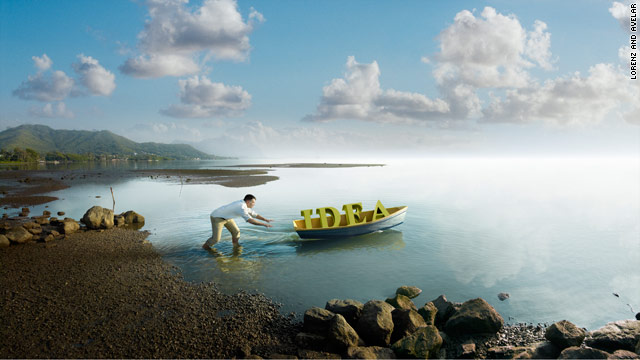 Editor's Note: John Kao, dubbed "Mr. Creativity" by The Economist, is the chairman for the institute of large scale innovation and author of Innovation Nation: How America Is Losing Its Innovative Edge, Why it Matters and What We Can Do to Get it Back. This post is part of the ongoing "Global Innovation Showcase" by the New America Foundation and the Global Public Square.

By John Kao – Special to CNN

Today, the word innovation is groaning under the weight of multiple meanings.

Does it refer to the ability of individuals to harness their creativity to generate value? Yes.

The prowess of certain companies such as Apple and Genentech? Yes.

Is innovation about making money? Yes.

Is it about making the world a better place and harnessing the power of societal capabilities? Yes.

Is there such a thing as social innovation? Yes.

Is innovation, as President Obama stated in his 2011 State of the Union address. the key to winning the American future? Yes.

Is it about science and high tech? Yes.

Is it about design and psychology? Yes.

Does it have to do with people? Yes.

Tune In: Sunday 8pm ET/PT as Fareed Zakaria explores why innovation is the key to America's future on CNN.

The fact that innovation is being talked about a lot these days only adds to the confusion. My latest Google search for the word innovation returned 280 million hits. So it would seem that some clarity about what innovation actually is would be useful before we charge off on the white horse of innovation to save the world, make a fortune or follow our bliss.

The dictionary defines innovation as “creativity applied to some purpose to realize value.” I thought this was a pretty good definition when I was teaching at the Harvard Business School eons ago.

This is a corporate definition, on which in fact most of our commonly held concepts and theories about innovation are based. But as I’ve spent more time with public sector stakeholders for innovation – and I’ll have more to say about my work with national innovation czars in a forthcoming post – it has become obvious to me that societies are not in the business of creating new products or services that can be sold at a margin to realize growth in earnings per share through economies of scale. No. They are in the business of providing for the wellbeing of their citizens, assuring access to basic societal entitlements such as education and healthcare, pursuing the human adventure (think space travel) and constantly reinventing the value proposition that underlies the relationship between government and its citizens.

So the definition of innovation I have been using for a while that has seemed to stick is this: Innovation is the set of capabilities (individual, company, societal) that allows the continuous realization of a desired future by transforming what is possible into what is valuable for many.

Let me unpack this definition briefly. First, innovation is defined as a capability – a set of muscles that are cultivated through effort and investment. The ability to innovate is not a wish or a mood – it is as much a practice as playing jazz piano. No one can play on short notice unless they already know how to do it and have acquired the necessary musical skills, familiarity with music theory, history and more.

Check Out: More from the "Global Innovation Showcase" created by the New America Foundation and the Global Public Square.

Second, innovation is continuous – it’s not something you do once and then forget about.

Third and most importantly, innovation has to be about something – I call this "the desired future".

Ultimately it is relevant only insofar as it enables you to achieve what you want – whether as an individual (your heart’s desire), a company (the vision), or a country (national destiny). The desired future shapes the trajectory of innovation efforts, what I call "the innovation journey".

It is based on creativity (what we see as possible through imagination, intuition and gut feel), but needs to be translated into practical, valuable outcomes.

Finally, the notion of “for many” suggests that innovation must lead to some kind of pervasive change. Thomas Edison with his first light bulb in hand was an inventor; a light bulb deployed to change the lives of many is an innovation.