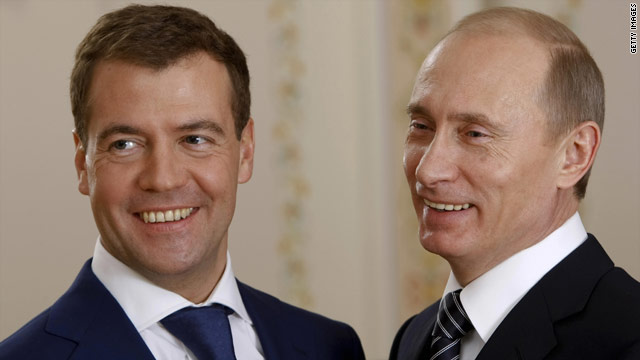 I was one of the early critics of Russian President Vladimir Putin. I thought that under the guise of democracy and elections he was creating a kind of super-presidency that would ride roughshod over the rule of law.  Many of those concerns were borne out.

But on my recent visit to Russia, I was struck by something else. Clearly the Russian state is predatory and dictatorial. But underneath that you also see a society that is modernizing.

When you go to Russia you see more and more people who are educated, westernized and are trying to build companies.

It’s still a smaller phenomenon than the state that has consolidated power and created this oligarchy of billionaires - all of whom play by the Kremlin’s rules. But I have to say, the more you meet and talk to these young people, the more hope you have that there will be greater openness in Russia.

The bigger issue is that the demand for commodities and oil has kept the Kremlin totally insulated.

During the financial crisis when the price of oil collapsed, you started to hear Vladimir Putin become much more conciliatory. He began to talk more about the rule of law.

Now with the price of oil back at $85 a barrel, the Russian leadership feels like it no longer needs to talk about reform.

Alas, there is going to be a demand for oil and commodities as long as the emerging markets boom. So I don’t see something putting pressure on Russia from the outside.

The question is whether this nascent middle class can start to put pressure on Russia from the inside.

They still seem weak, but I am struck that every time I go to Russia, they are a little stronger than they were last time - not politically, but in their desire for a normal, everyday life. In that sense, they seem to aspire to live in a normal western-style society.

On Putin and Medvedev

Putin is the more powerful one. Clearly Putin is the real power behind the throne. But Medvedev is not entirely irrelevant.

If you look at our GPS interview with Medvedev, what you sense is a guy who recognizes the limitations on him, but also who realizes that being the president of Russia is not nothing.

What he seemed to be saying is that just holding the position gives him some power.  He has tried to create some  distinction between himself and Putin and some movement toward legal reform.

It’s not enough to characterize it in any way really as political liberalization yet.

But you do get the sense that if he had his way there would be more of it.

So, Russia could go one of two ways. There were many moments that seemed like reformist moments during the Soviet Union that always failed - Khrushchev being the most powerful example  But you also have had cases where regimes begin very slowly and then start to modernize.

Right now you have to say that Russia looks like a very difficult place to describe as politically liberalizing, but when I go back in a year or two I'll keep all these questions in mind, and will see where we are then.