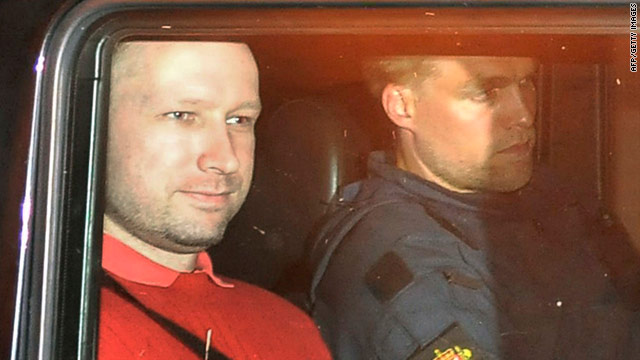 Editor's Note: Marietje Schaake (@MarietjeD66) is a Dutch Member of the European Parliament.

The horrific killings last week in Norway have prompted widespread public debate across Europe and the United States about the responsibility for words.  What responsibility do political and public sphere leaders have for their heated rhetoric, which an individual like Anders Breivik can base violence on?

This debate about the relationship between words and deeds touches a particularly raw nerve in Dutch society. Geert Wilders, leader of the Dutch Freedom Party, is a politician who frequently and firmly speaks out against Islam and against politicians to the left of the political spectrum. Wilders is referenced 30 times in Breivik's writings.

Now Wilders is at pains to avoid guilt by association. He is calling the Norwegian suspect "psychopathic and insane." Yet when similar acts of violence are carried out in the name of Islam, he doesn’t call the perpetrators 'insane psychopaths'. Instead, he calls them terrorists part of the larger plan of Islamic world domination.

Wilders expects Muslims to collectively take responsibility for the extremists in their midst. But he denounces the link between himself and Breivik.  In that case, he argues that violence can only be attributed to the individual.

I believe the latter is true, but it would help if Wilders and likeminded commentators would consistently and not selectively apply this analysis.

Wilders is right to denounce the acts of violence, but instead of reflecting on their own words, those mentioned by Breivik, like Wilders, use Breivik’s rampage as a warning of what will happen if their own concerns are not heeded. Europe's identity crisis has taken a new twist, with a new round of knee-jerk responses, stereotyping and groupthink. Right-wing conservatives are finding out what it means to experience guilt by association, and are generating extraordinarily creative arguments to get themselves off the hook.

Incredibly, both Wilders and columnist Afshin Ellian have sought to hold Islamic extremism responsible for what Breivik did. Wilders has emphasized that Breivik wants to cooperate with al Qaeda, and Ellian said that Breivik was "self-Islamized".

Instead of creating such convoluted justifications, now should be the time when all sides of the political spectrum rethink the impact of dangerous rhetoric and take responsibility. Even right-wing conservative commentator and former friend of Wilders, Bart-Jan Spruyt, called on Wilders to distance himself from the "apocalyptic atmosphere" he has brought upon the country by talking of war and claiming that politics no longer matters or can provide solutions.

Even if the conservative, anti-left, anti-Islamic views espoused by Wilders and company are not directly responsible for the Norway killings, it's clear that radical, demonizing rhetoric has an impact on society at large and on the target communities or individuals in particular. History shows us all too many examples where the gradual process of exclusion or extermination of a people has begun with demonizing them. War rhetoric can be used as a justification of ‘resistance’ by all means.

Extremists on all sides use such radical rhetoric less in defense of ideals and policies than in defense of idealized versions of their societies. The 'other' stands in the way of reaching this idealized society, goes the rhetoric, and they therefore need to change or to leave. These words represent a drifting away from reality and accountability. Political leaders from all sides of the spectrum should act responsibly in their attempts to influence society with their words.

A reasoned, informed public debate is a key pillar of resilient and open societies. The more open the debate, the fewer places misleading and radical ideology has to hide, and the more difficult it is for opinions to turn into extreme acts or to go underground.

As painful as the debates will be over the coming weeks and months both in theNetherlandsand across Europe and theU.S., dialogue on these key issues is an essential part of confronting extremism of all kinds - and of which Anders Breivik represents the very worst kind.