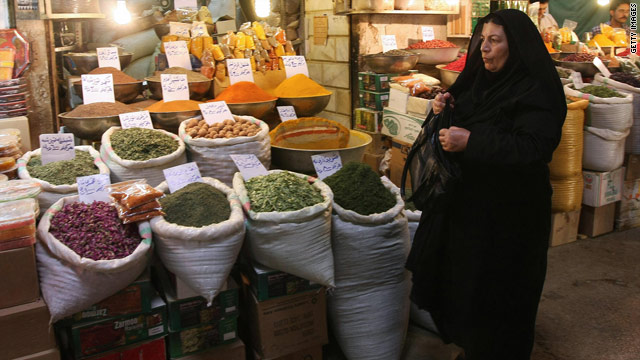 Editor's Note: Dina Esfandiary is a Research Analyst and Project Coordinator at the International Institute for Strategic Studies in London.

By Dina Esfandiary, The Diplomat

Mention of the words ‘structural reform’ these days usually conjures up images of the unrest in Greece. Bu taccording to a new report from the International Monetary Fund, Iran has also been restructuring its economy, introducing changes that have resulted in an unexpected growth rate of 3.2 percent in 2010-11.

Following a two week visit to Iran and discussions with Iranian officials in the spring, the IMF reviewed its initial criticisms, and applauded the regime’s removal of its decade-long subsidy programme. But economic mismanagement by Tehran has prompted scepticism of these findings – and is threatening to wipe out the potential for long-term growth.

Until December 2010, Iran was spending about a quarter of its GDP on food, fuel and electricity subsidies, and the dismantling of the subsidies system therefore removed a major financial burden for the government. The promise of $40 per month, deposited straight into the accounts of registered lower income families, has supposedly raised disposable income and acted as a stimulus to the Iranian economy.

Iran was also able to open up its economy and adjust prices to market level. The rise in global oil prices has, according to the IMF report, improved current account and budget surplus, and helped ‘maintain comfortable international reserves.’ The jump in energy costs from the removal of the subsidies has reduced wasteful demand and lowered pollution in big cities. And all of this occurred without a peep from the opposition, allowing the government to publicize it as a major success.

But the IMF’s findings should be taken with a sizeable pinch of salt.

Following the removal of the subsidies, the fear that consumers would change their spending habits and switch to buying foreign goods, which were not affected by the rise in prices, is being realised. This means that the publicized rise in disposable income isn’t being spent on Iranian goods, and so is not being re-injected into the Iranian economy.

The $40 compensation scheme is controlled by the Revolutionary Guards, which means cash transfers can and have been blocked when the receiver is not in their good books. Industrial and agricultural producers, meanwhile, haven’t always received the financial aid promised to them, leading many of them to shut down. Some within the regime have also questioned the provenance of the funds needed for the cash transfers, saying that the subsidies haven’t led to the anticipated hike in government revenues.

In addition, Iran’s economy has been performing poorly. Unemployment is high, stagnating just below 15 percent for the past few years, leading to criticism of President Mahmoud Ahmadinejad, who said in March that his government had created 1.7 million jobs in the past year.

According to Behrouz Moradi, the Subsidies Reform Organisation Chief, the inflation rate for the first three months of the Iranian calendar (beginning 20 March 2011) was 13.2 percent, 14.2 percent and 15.4 percent respectively. But even some Iranian officials find these figures dubious. Khabar Online, a news site linked to Majles speaker Ali Larijani, estimated that the inflation rate would reach 26 percent by the end of 2011. In addition, there’s a great deal of evidence on the streets of Tehran suggesting that the cost of living has gone up beyond what is being advertised. The cost of food, clothing and home bills have been soaring, up 137 percent according to an Iranian financial newspaper. As a result, some Iranians have refused to pay their utility bills, taking them to Khomeini’s tomb and shredding them in a sign of protest.

The country’s dependence on the energy sector, especially oil, may have benefited the economy so far, due to the rise in oil prices. But it also leaves it exposed to fluctuations on the world market and means that as the oil runs out, the government’s revenues and exports will fall dramatically.

Iran’s economy is still largely state-owned, with the Revolutionary Guards involved in a large portion of transactions and trade. Corruption and nepotism, which extend into the public sector, have seriously restricted economic development and foreign investment. Transparency has been snubbed in favour of secrecy to avoid ‘analysing the situation from a negative viewpoint and launching smear campaigns’ according to Ayatollah Khamenei; justifying the decision not to allow the Iranian Central Bank to release any statistical information in July. It’s not surprising, then, that Iran ranks 171 out of 179 in the Heritage Foundation’s Index of Economic Freedom.

International sanctions haven’t helped. Regulations imposed on the banking sector have made it hard for Iran to do business with its trading partners, and have also contributed to the growth of an informal sector, further distorting the economy and generally raising the cost of doing business with Iran.

The structural weaknesses of the Iranian economy are largely due to its mismanagement by the regime. Although the removal of the subsidies (so dear to the IMF) should lead to growth in the long-term, for now, it has only contributed to worsening an already untenable situation.

The views expressed in this article are solely those of Dina Esfandiary. For more excellent analysis of Asia, visit The Diplomat.