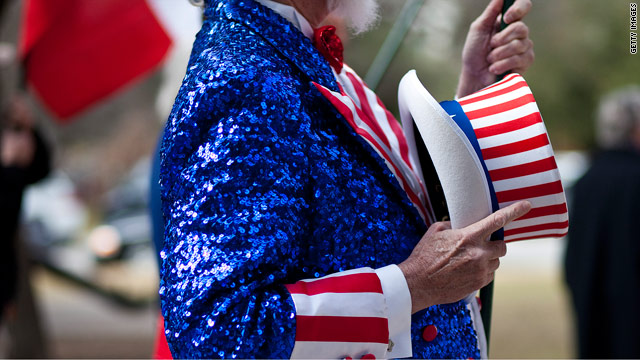 Wolf Blitzer: There is fear out there that we may be about to go into a double dip recession.

Fareed Zakaria: I think there's a fear around the world that growth all over the world is experiencing problems in many different ways.

If you think about this year, it started out strong for the United States. But you had oil spikes. You began to see inflation in China and India. Then Europe started getting yet another replay of its debt troubles. And then you got the United States with its budgetary squabble.

So, in a sense, you went from China and India worrying about inflation, which got the markets worried; Europe cratering with regard to Greece, and now Italy and Spain. And the United States, our debt problems and our debt wrangling was probably the straw that broke the camel's back. But it's now happening everywhere.

It's Europe, the emerging markets, the United States - all seem for different reasons to have experienced serious economic troubles. The market is finally  catching up with that in a sense.

Wolf Blitzer: Because some of the analysts have suggested: It's one thing for Greece, one thing for Portugal, one thing for maybe Ireland to be having some severe economic dislocation, but when Italy and Spain start going through that, and fears about their viability begin to surface, that really could have a spillover effect not only on the United States, but indeed the rest of the world.

Fareed Zakaria: Absolutely. Remember, Greece is about two percent of the Eurozone's economy. In other words, it's a nano state. It doesn't really matter.

Italy, on the other hand, is one of the largest economies in Europe. And Italy has huge public debt.

So, if interest rates on Italy's debt continue to rise as they are now, frankly it means the end of the euro, because Italy is too large to bail out.

Italy is literally too big to fail, but it's also too big to bail out. Even Germany does not have the resources to do that. The only solution would be a breakup of the euro; Italy would get back to the lira, devalue its currency, which would be a cataclysmic event for global markets.

Wolf Blitzer: Fareed, you have written the cover story on the new issue of TIMEmagazine, The Great American Downgrade: Why the Debt Crisis Has Hurt Growth and Our Position in the World. Let me read a line from the article, because it's very, very poignant - controversial I should say as well.

"People have to cooperate for anything to get done. That is why the Tea Party's insistence on holding the debt ceiling hostage in order to force its policies on the country - the first time the debt ceiling has been used this way - was so deeply un-American."

You're getting some feedback on that, some reaction. "Un- American"?

First, understand how unprecedented it was. The debt ceiling has been raised 78 times since 1960. It has never been used this way, essentially as blackmail. The Democrats did not use it during the Vietnam War. It was not used this way during civil rights legislation.

The reason I say it's un-American, Wolf, is because the American system - unlike European parliamentary systems - is built on shared powers and overlapping authority. No one is in control in America.

There's the president, there's the Senate, there's the House of Representatives, the state governments. And the founding fathers designed it that way because they wanted there to be an effort to create policies through compromise, through consensus.

Wolf Blitzer: Is the United States on the verge potentially of no longer being the world's economic superpower?

Fareed Zakaria: No, because I think we're in a race for most financially irresponsible superpower, and right now Japan and the European Union are probably winning. You know, at the end of the day, you can only beat something with something else.

So the dollar will remain the reserve currency of the world, and U.S. treasury bills will remain a safe haven as long as there's no other alternative. But the important thing to realize is we are developing alternatives.

There will not be a single alternative. This is why in my book I call it the post-American world. But you are getting these baskets of currencies, where people are increasingly looking and thinking to themselves, what they can do is we can buy a few, you know, Swiss francs, and English pounds and perhaps one day the Chinese yuan will be a currency you can buy, and there will be those kind of mixed alternatives. And that is the picture of the world we're entering - a world in which the United States is not as dominant, but there are a kind of group of countries that become a substitute.

It's a very messy world, because it means there's no leader, and we're going through a period like this, where there's nobody that is able to lead us out of the this global economic crisis - out of these recessionary times. It used to be that the United States was the engine, was the motor of global growth. We're not. Right now it isn't clear anyone else can pick up the slack.