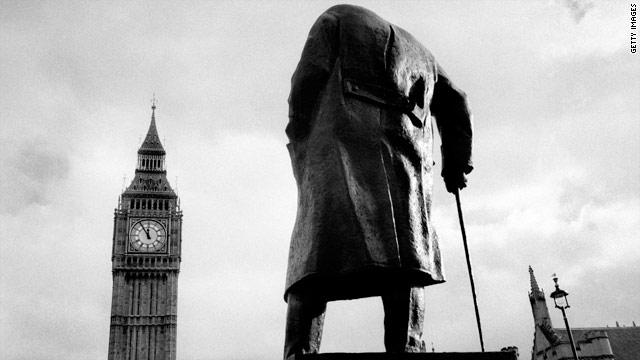 A statue of British prime minister Winston Churchill in front of the House of Commons and Big Ben in Parliament Square, London.
August 17th, 2011
12:27 PM ET

Does America need a prime minister?

After the S&P downgrade of the United States, no country with a presidential system has a triple-A rating from all three major ratings agencies.  Only countries with parliamentary systems have that honor (with the possible exception of France, which has a parliament and prime minister as well as an empowered president).

Juan Linz, professor of social science at Yale, argued that parliamentary systems are superior to presidential systems for reasons of stability. In a parliamentary system, he contended, the legislature and the executive are fused so there is no contest for national legitimacy.

Think of David Cameron in England. He is head of the coalition that won the election, head of the bloc that has a majority in parliament and head of the executive branch as Prime Minister.

In the American presidential system, in contrast, you have the presidency and the legislature, both of which claim to speak for the people. As a result, you always have a contest over basic legitimacy. Who is actually speaking for and representing the people?

In America today, we take this struggle to an extreme. We have one party in one house of the legislature claiming to speak for the people because theirs was the most recent electoral victory.  And you have the president who claims a broader mandate as the only person elected by all the people.  These irresolvable claims invite struggle.

There are, of course, advantages to the American system – the checks and balances have been very useful on occasion. But we’re living in a world where you need governments that are able to respond decisively and quickly.  In a fast-moving world, paralysis is dangerous. Other countries are catching up - if not overtaking – America.

Debt crises across the West make this a particularly bad time for paralysis. Western countries have all built up very large pension and healthcare obligations that lead to huge amounts of debt.  They need to figure out some systematic way to work that debt load down to a much more manageable level. This means a lot of pain.

Given this situation, it becomes very easy in a presidential system for the executive and the legislature to get into a classic standoff over benefits as we saw in the debt crisis.

Remember, the political battle surrounding the debt ceiling is actually impossible in a parliamentary system because the executive controls the legislature. There could not be a public spectacle of the two branches of government squabbling and holding the country hostage.

If we’re in for another five years of this squabbling in the U.S., we are going to make presidential systems look pretty bad indeed.