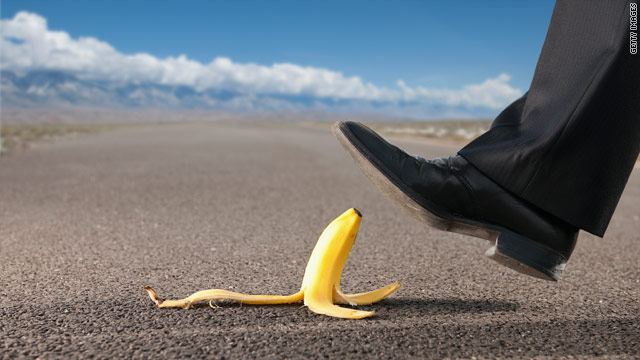 This is the moment of truth for Europe.

For the last year or so, the Europeans have repeatedly produced workable compromises that kicked the can forward. They hoped these compromises would quiet the markets.

The Europeans repeatedly produced packages that were enough to satisfy the markets.  Their hope was that at some point concerns would dampen down and then in the quiet of the night they could allow a country like Greece to soft default - a restructuring that doesn't spook everyone and doesn’t become a Lehman Brothers-like event.  They sought a quiet reshuffling of debt.

I think this soft landing has now become impossible.

Today what people are basically asking is: “Is Europe’s debt going to be centralized or not?” In other words, is Europe going to be willing to say, “All our debt is pooled together and theoretically, as a single entity, we’ll pay it back.”

The key to this commitment is Germany. Germany is the only country that can pay.

But Germany is increasingly reluctant to do so.  What we're watching is the rise of a new, ‘normal’ Germany, which in turn will lead to the unraveling of the old, highly unnatural structure of Europe.

The old structure of Europe rested on an extraordinary degree of German abnegation of its own interests.  The Germans believed their national interest lay in subordinating itself in every way to Europe’s broader interest.  That was what Europe was built on.

That’s why when you go to Brussels to the European Union you find a French-run affair with Germany’s money - a German-financed, French-run organization.

That has changed.  The Germans, 60-years after World War II, are understandably becoming a more normal country. They are deeply, purely European but they are not going to pursue Europe’s interests at the expense of their own.

Despite what people say, Angela Merkel has been extraordinarily willing to bail out weaker states in Europe.  Obviously, she's tried to get a good deal in terms of forcing some structural reforms in Greece and places like that.  But the real story is that she did this despite German public opinion, which is now 75% opposed to any kind of bailout. This German opposition to bailouts will surely remain going forward.

And if that is the trend going forward, the Europeans are going to have a very, very big problem. There really is no way you can make the numbers work without a much more substantial German commitment of resources than there is now.  If that doesn’t come through, it’s very difficult to see how the euro in its current form survives.

The key to Europe’s future is how Germany conceives of its interests.  If it does so in a way that would be perfectly normal (it is important to emphasize there is nothing scary about Germany simply saying that it wants to do what’s right for Germany as well as Europe rather than always putting Europe above Germany) this might be the end of Europe as we've known it.  It might be the end of Europe as a constructed, political entity built and supported by key nations, particularly Germany, no matter the cost.