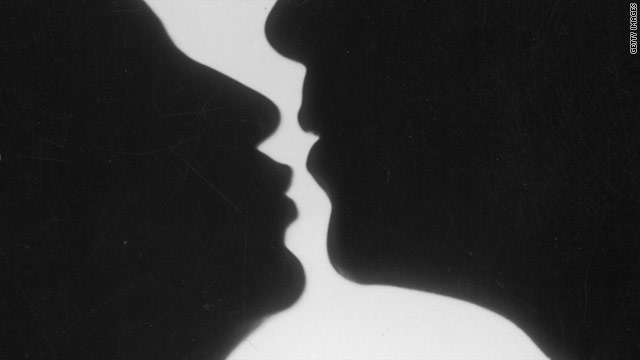 Sex education in the Islamic Republic of Iran

Editor's Note: Michelle Moghtader is a graduate student at Columbia's School of International and Public Affairs. To submit pieces for consideration, email the Global Public Square's managing editor at amar[dot]bakshi[at]turner.com.

By Michelle Moghtader – Special to CNN

Sex is a taboo subject in Iran, but in a rare, progressive move, the Iranian government has released a sex-ed DVD entitled Ashenayeh Mahboub or “The Beloved Companion”.

The video starts with two flowers flirtatiously swirling around each other. Then, one flower encapsulates the other. This is followed by a shot of hundreds of swimming sperm. (You don’t have to understand Persian to enjoy the first few minutes of this video, set to the sound of Richard Strauss’s Thus Spoke Zarathustra, better known as the theme from 2001: Space Odyssey).

Over at the Daily Beast, Babak Dehghanpisheh reported that, “'The Beloved Companion' was given the stamp of approval from both Iran's Ministry of Health and Ministry of Culture and Islamic Guidance. The DVD took more than two years to produce, and it was an uphill battle all the way.”

The film’s main sex counselor is Dr. Mohamad Majd, a psychiatrist and Professor of Medical Science at the University of Tehran. He is the Iranian version of Dr. Ruth, the elderly therapist who gives frank sex advice. “This information about sexology comes from various textbooks, our religion, the Prophet’s Hadiths,” says Dr. Majd in the beginning of the film.

But whatever his sources, his advice is sound and universal. Mr. Majd speaks to both women and men. “Anger and stress prevent sexual activity,”he explains. And he advises, “It shouldn’t just be the man that moves and the woman that just lays there. Move together. Women, if you want to have an orgasm, then you have to move too.”

So, why was this film released now? It’s not clear, but perhaps it was created in an attempt to curb Iran’s fast-rising divorce rate.  According to the New York Times, “Over a decade, the number [of divorces] each year has roughly tripled to a little more than 150,000 in 2010 from around 50,000 in 2000, according to official figures. Nationwide, there is one divorce for every seven marriages; in Tehran, the ratio is 1 divorce for every 3.76 marriages, the government has reported.”

Of course, economics, rising demands for equality and other factors play a role in this rising figure. But addressing sexual problems couldn’t hurt. In traditional societies, many men are unwilling to do with their wife what they would do with a prostitute or a sigheh (Shia Islam allows temporary marriages known as sigheh). These marriages can be as short as one night. During his presidency of Iran, Hashemi Rafsanjani said sigheh’s were a way for men and women to satisfy their sexual needs. "Beloved Companion" offers a more wholesome approach to improving Iranian’s sexual and marital relations.

At the end of the film, another doctor, Saeed Momtazi says, “Cigarettes, shisha, opium, alcohol and other illegal drugs can affect your sexual activity.” He continues to explain that pornography, like drugs, can become an addiction.  In a rare act of honesty, the conservative government admitted to the presence of these illegal substances in Iran. Now if only they could do the same with other problems that plague Iran today.