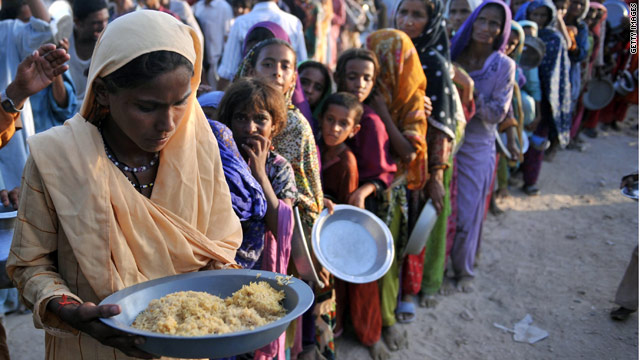 How technology helped spur a quiet revolution in emergency aid

By Vishnu Sridharan - Special to CNN

Since July, at least 745 people have been killed and 8 million affected by monsoon rains and flooding across Southeast Asia. In response to the floods of the past week, a number of countries pledged assistance: U.S. Marines arrived in Bangkok last Saturday with equipment and sandbags; China has provided 64 rescue boats and water-purifying equipment; Japan has come forward with tents, blankets, mattresses and electricity generators. In addition to the provision of these ‘in-kind’ goods, however, Australia and the Philippines stepped in with a kind of aid that only a couple years ago was considered controversial: cold, hard cash.

As UNICEF’s Barry Sesnan described in 2004, “New aid workers [were] warned by older and wiser aid workers never to give cash money to beneficiaries… The fear of giving money [was] almost pathological among aid agencies.” As late as 2007 UNICEF, did not believe that there was enough evidence to widely implement cash transfer programs, and in 2008 World Vision stated they were a “clear departure” from its typical programming and “not widely accepted” as an emergency response option.

Nowadays, however, most aid workers agree that the question is not “whether” cash is an appropriate way to meet the needs of disaster-affected people, but “how” to maximize its impact. What changed their minds?

The main concerns about cash transfers come in four basic flavors: improper spending, disadvantaging women, market stability and security/corruption. As more cash transfers were piloted in emergency contexts, the first two worries quickly dissipated. Data showed that households overwhelmingly use cash transfers to purchase necessities, and in countries where women were the primary recipients, the primary impact was female empowerment. In addition, although injections of cash sometimes created inflation, projects were able adjust the size of transfers to address the problem.

Read: China as an innovation nation.

The most significant changes to sway thinking about emergency aid, however, have been technological. Aid workers can avoid the security risks of delivering cash in person by texting it to recipients via mobile, as is happening in Kenya. When a government is skimming 10 percent of payments, as was happening in Pakistan, workers gave ATM cards to beneficiaries and enabled branchless banking. When aid staff was concerned that refugees returning home in Afghanistan and Guatemala would collect their “one-time” reintegration payment multiple times, they employed iris scans and fingerprinting.

With refined program design and enabling technologies, the impact of cash transfers in crises has been compelling. Last week USAID announced that its cash for work program improved food security for 250,000 Haitians, and that it is expanding its program to reach 700,000. Emergency cash programs in Zimbabwe kept recipients fed during peak famine times, and programs in South Sudan doubled recipients’ assets and enabled them to school their children.

Cash transfers as part of emergency aid packages have gained mainstream acceptance. For instance, the recently released 2011 Sphere Handbook, “the gold standard for humanitarian assistance” that is generally recognized (including by UNICEF and World Vision) as the primary source for good practices in emergency response, describes cash transfers as a way “to address basic needs and to reestablish livelihoods” in crises.

In addition, direct payments have also been shown to have an amazing impact outside of crises. In countries as diverse as Brazil, Mexico and the Philippines, conditional cash transfers – which require recipients to do things like send their kids to school and get vaccinations – have significantly reduced poverty and income inequality, and exciting work suggests that they could be crucial in building assets.

Of course, even though cash transfers are a powerful tool, they are not appropriate for all emergency contexts. If goods are not locally available or if markets are not accessible and functioning, then ready money will be of little use to recipients, at least in the short-run. Also, if the affected populations prefer food and clothing donations as opposed to or in addition to cash, aid workers should honor that.

Recent changes in international aid have been described as a “quiet revolution” against “giving aid to government bureaucrats and consultants,” and a renewed focus on giving cash “directly to poor people so they can pull themselves out of the poverty trap.” Emergency cash transfers are one powerful example of how advances in technology have enabled us to empower individuals in even the direst of circumstances. It’s inevitable that the personal identification techniques and branchless banking will continue to rapidly evolve; we can only hope that the international aid efforts will be able to keep up.

The views expressed in this article are solely those of Vishnu Sridharan. Read more from the Global Innovation Showcase created in partnership with the New America Foundation.

Topics: Aid • Innovation • Natural Disaster
Next entry »Why we need more capitalism, not less
« Previous entryWhy we should all cut back on meat

Next entry »Why we need more capitalism, not less
« Previous entryWhy we should all cut back on meat