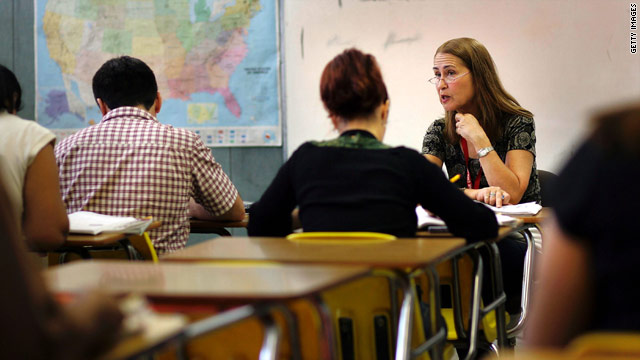 How U.S. graduation rates compare with the rest of the world

Twenty-five percent of Americans that start high school do not graduate. Entering the workforce without a high school diploma means an unemployment rate three-and-a-half times the rate of those with a college degree. And for those who do find full-time work, they on average earn less than half of what a college graduate makes each year.

Forty-three percent of students who start college will not graduate in 6 years. Women graduate at a six-percent-higher rate than men within six years, and outnumber men in higher education by a ratio of 3-to-2.

How does this compare with other countries? In 2008, the U.S. high school graduation rate was lower than the rates of the United Kingdom, Switzerland, Norway, South Korea, Japan, Italy, Ireland, Germany, Finland and Denmark. That same year, the U.S. was the only developed nation where a higher percent of 55- to 64-year-olds than 25- to 34-year-olds had graduated from high school.

Meanwhile, other nations have caught up, and some have pulled ahead. Among this younger age group, 25- to 34-year-olds, all of the following nations now have a larger percent of college graduates than the U.S.: Australia, Belgium, Canada, Denmark, France, Ireland, Israel, Japan, South Korea, Luxembourg, New Zealand, Norway, Sweden and the United Kingdom.

This Sunday at 8pm ET, Fareed Zakaria will explore what the U.S. education system needs to do to compete in today's world in a special edition of CNN GPS called "Restoring the America Dream: Fixing Education."