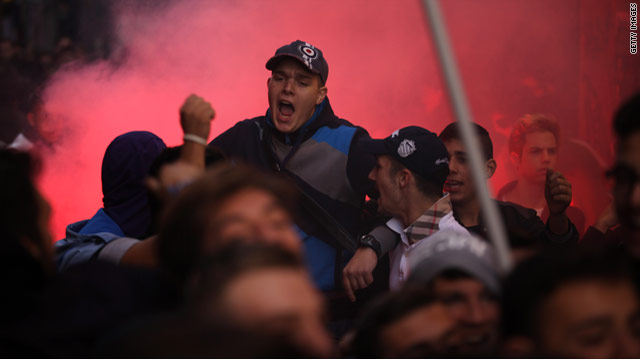 At the start of 2012, here are the four countries we all need to watch closely: Italy, Iran, Pakistan and North Korea.

Italy: Linchpin of the euro

The most important country to watch in 2012 is Italy. Italy needs to successfully institute reforms that give the markets confidence. It needs to do more than just deal with its budget deficit and debt - it needs to reignite growth. For the past ten years, the Italian economy has not grown at all.

If Italy manages to stimulate economic growth, it will send a very positive signal to the markets. Italy’s new Prime Minister Mario Monti is bravely and boldly advocating longer work hours and the reform of archaic laws that have made Italian businesses unproductive and uncompetitive.

If Monti succeeds, it will vindicate Germany’s strategy, which has been not to bail out the eurozone countries, but to instead pressure them to reform. Germany knows that the only solution to the crisis of Europe’s Southern economies is for them to become more competitive.

If that starts to happen, two things follow: First, the markets will place less pressure on these Southern European countries because it will be clear that their reforms are working. Second, the Germans will become increasingly willing to accept what would be, in effect, a secret bailout. Germany will not back Eurobonds, which are a public bailout, but it would be willing to let the European Central Bank and the Bundesbank quietly ease a lot of the pressure on the Southern European economies.

Italy’s success is of paramount importance because it has the potential to stave off - or even alleviate - the eurozone crisis. On the flipside, if Italy fails, it is equally significant because the markets will likely start substantially raising Italian interest rates.

Read: Can Italy be saved?

Of the Southern economies, Italy’s actions will have the greatest impact on the rest of Europe. Italy has to refinance $500 billion euros worth of debt in the next 18 months. Even the Germans don’t have the checkbook to bail them out. So if the markets lose confidence in Italy, it’s difficult to see how the euro can survive in its current form.

Keep your eye on Italy because this whole game is going to be played in Rome over the next year.

Iran: Acting out of weakness

The next country to keep your eye on is Iran. There’s a tendency when we look at Iran to say, “This country is so powerful; it’s so strong; it’s on the march.” But actually what’s happening in Iran is the exact opposite: Iran is acting out, because it feels weak. (Read my column on this topic in this week's TIME Magazine.)

Internationally-imposed sanctions have hit Iran’s economy quite hard, effectively forcing the government to cut subsidies and make reforms that are very unpopular at home. The Iranian regime is clearly straining under enormous external pressure, which has led to deep divisions within their political establishment.

Read: Fareed Zakaria's reflections on his visit to Iran.

President Mahmoud Ahmadinejad used to be the favorite candidate of Supreme Leader Ali Khamenei. Now the supreme leader has put forward the idea of dispensing with the presidency entirely. The ruling elite is in flux. In addition to the president and the supreme leader, you have the old guard of people like former President Akbar Rafsanjani and reformers like former President Mohammad Khatami and presidential candidate Mir-Hossein Moussavi. It’s within this context that you have decisions being made both about the nuclear program and about dealing with Western sanctions.

Iran’s behavior reflects these internal divisions. First, Iran said it was going to block the Straits of Hormuz and that it would be “as easy as drinking a glass of water.” Then that was disavowed almost a day and a half later. Iran later made suspicious claims about its nuclear program. And Iran began testing missiles that are not, in fact, particularly threatening. These actions collectively convey an impression of weakness and internal division.

Read: A post-American world in progress.

Meanwhile, Iran’s big international play, which has been the propping up of Syria, is going very, very badly. The Syrian government seems to be running out of money and support. Syria will probably bleed slowly rather than suddenly collapse, but none of it looks very good for the regime in Damascus.

Country No. 3 to look at is Pakistan, which remains more unstable than people realize. You have a civilian government that is now operating in name only. The president is often not even in Pakistan anymore. He’s often in Dubai where he can immediately receive medical treatment. He also, conveniently, happens to have a house there, just in case something were to happen in civil-military relations in Pakistan. In other words, if there were some kind of a soft coup by the military (there will not be any kind of formal coup), he’s going to be spending a lot more time in Dubai than in Islamabad.

North Korea is the fourth country to watch, only because the truth of the matter is that none of us knows what is going on there. Nobody really understands the regime. Nevertheless, you’ve got to assume that this is very complicated transition. You have a completely untried, untested guy who is clearly the face of the regime (he is the non-threatening figure everybody else can rally around). That will work for a while. But the question is whether or not there are internal rivalries that might break out in the future.

The possible eruption of internal rivalries is one of those events that may have a low probability of happening, but if it does indeed take place, it will have a very high impact. If there were an unwinding of the North Korean regime, it would have huge repercussions for South Korea, China and the U.S. If there were a kind of collapse and sudden integration with the South, it would put tremendous pressure on the South Korean economy and would bring the United States and China into direct military confrontation, because at that point you’d have 40,000 U.S. troops on China’s border.

North Korea is one hot spot where you can’t do much, and you really just have to hope for the best.

What’s on your radar and why?