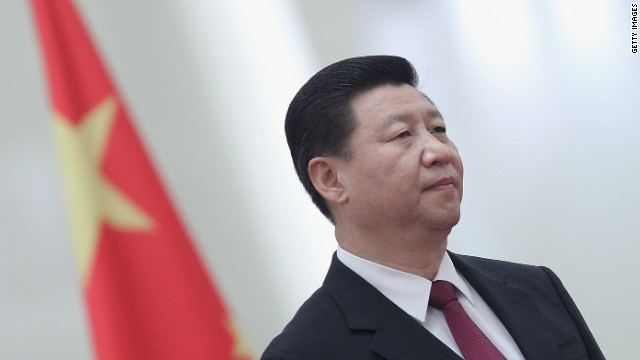 Editor’s Note: Neil K. Shenai is a Ph.D. Candidate at Johns Hopkins School of Advanced International Studies and a Visiting Scholar at the Hopkins-Nanjing Center (HNC) in Nanjing, China. Bernard Geoxavier is a M.A. Candidate in International Studies researching the domestic political determinants of Chinese foreign policy at HNC and is fluent in Mandarin Chinese.

By Neil K. Shenai and Bernard Geoxavier - Special to CNN

On Wednesday, March 14th, the Chinese Communist Party reaffirmed that Xi Jinping would succeed Hu Jintao as the Party’s General Secretary and seventh President of the People’s Republic of China. Chinese media is mired in speculation about Xi’s mysterious personality and leadership style. The handoff of power between Hu Jintao and Xi Jinping reveals a lot about the nature of governance in China today. Yet these pronouncements come on the heels of high drama in the Chinese Communist Party that could signal some of the vulnerabilities of China’s current political system.

Recent events in Southwest China highlight that the stable veneer of the Communist Party hides a competitive race to control the Party and the state. In early February this year, former Chongqing police chief Wang Lijun left his home under the cover of night, disguised as a woman to seek amnesty in the U.S. Consulate in Chengdu. It later emerged that Wang Lijun was fleeing an investigation by Communist Party brass for overstepping judicial powers, ordering the harvesting of human organs, and targeting political opponents on flimsy corruption charges. As he absconded, he allegedly took with him proof of a coup d’etat connected to his former boss, the charismatic leader Bo Xilai. Whether you believe Wang's version of events, or see it as a charade orchestrated by those aimed at marginalizing Bo's populist agenda, the fallout has scuttled Bo's preeminence in the Communist Party. More significantly, if the rumors contain a hint of truth, it reveals a dark and dangerous harbinger of a dirty, no-holds barred fight for the heart and soul of China's future.

Xi Jinping’s appointment to General Secretary places him at the head of China’s most important state organ: the Politburo Standing Committee (PBSC) – a nine-member committee of the top leaders of China’s Communist Party. The PBSC direct every important aspect of the Chinese state, including China’s foreign policy, the commanding heights of China’s economy, and China’s vast domestic bureaucracy. When China officially announces the entire PBSC in November this year, most observers assume that Xi Jinping and Li Keqiang will step in for Hu Jintao and Wen Jiabao as China’s top leaders.

Even though many Western analysts tend to stereotype China’s leaders as tyrants who rule over China through the Chinese Communist Party, Chinese leadership has come a long way from the domineering ways of Chairman Mao. Xi Jinping’s succession sheds light on both the domestic politics that have developed since the age of Mao and the potential weaknesses of the Chinese Communist Party (CCP) going forward.

From Deng to Xi

Today, Deng Xiaoping is best known as a forward-thinking economic modernizer, whose pithy refrain, “hide your brightness, bide your time” has guided China’s ascension to the world stage. But when he came to power in the late 1970s, Deng inherited a China ravaged by the whims of Mao Zedong, scarred by the political upheaval and pestilence of the Cultural Revolution and Mao’s ill-conceived Great Leap Forward. Deng realized that economic modernization was the only sustainable path to get China out of its funk, and sought to replace old-line ideological battles with a careful governing pragmatism that continues to this day.

Since Deng, three competing political factions rose to dominate the Chinese Communist Party, and each faction represents key political constituencies in Chinese society today. The most conservative faction is the Princelings who are the descendants of Mao’s political and military allies during the Chinese Civil War and the establishment of the People’s Republic in 1949.  Another faction is the China Youth League (CYL), which consists of former and current rising stars of the Communist Party who endorse ideological Communist purity but who resent the dynastic entitlement of the Princelings. The most economically liberal faction is the Technocrats and Returnees, a bloc made up of businessmen and other party functionaries, many of who have earned advanced degrees abroad. They seek to loosen the Party’s tight grip on the economy, and believe that communist ideology should be a secondary to economic considerations in guiding China’s important industries.

In a pattern that has grown into precedent, as Deng stepped down from the Central Military Commission to make way for Jiang Zemin in 1989, he continued to wield power outside of the public eye. Trying to ensure that his successor did not undo his marquis reforms, Deng used his considerable political clout to influence Chinese policy and to groom Jiang Zemin’s successor, Hu Jintao, a China Youth Leaguer with a strong ideological affinity for Deng’s philosophy of gradual modernization. When Jiang Zemin stepped down in the early 2000s, he too assumed a similar role as backroom power broker, grooming Xi Jinping, a fellow Princeling who, like Jiang Zemin, was the Communist Party Secretary of Shanghai. Today, it is widely speculated that by March 2013, Hu will step aside as Party Chairman but will maintain his position as Chairman of the Central Military Commission, thus ensuring that his top reforms and appointments are honored even out of office. In all likelihood, Hu will appoint one or two individuals to the PBSC who can either counter a Princelings fraction influence or whom Hu can position as Xi’s long-term successors.

A stable equilibrium, for now

Many Western observers claim that China is dominated by an ideologically coherent coterie of Communist Party officials who rule via fiat with little accountability to the rest of the population. While this might have been true of Mao Zedong’s leadership, the careful balancing act among the Communist Party’s leading factions determines China’s governance today. Intra-Party alliance building and old-fashioned bureaucratic jockeying among competing political blocs ensures that no single person can wield disproportionate power over China’s affairs. The above pattern of outgoing General Secretaries grooming their successor’s eventual successor, bringing in business and technocratic elites into the Party, and leaders appointing like-minded political allies to key party posts ensures a semblance of political diversity in China. Today, there is a growing degree of ideological competition inside of the Communist Party that ensures that its policy choices loosely conform to the general desires of China’s population.

Additionally, the Communist Party earns considerable legitimacy for delivering robust economic growth to China. Thus, a broad consensus exists among the Party’s ruling elite across competing factions on the importance of maintaining the Chinese growth engine. The existence of high growth rates allows competing factions in China to make win-win compromises, unlike the seeming winner-take-all negotiations facing the deadlocked electoral systems in the West. All parties recognize that a return to the wars and paranoia of Mao’s revolutions could topple China’s economy and splinter the Party and country. “Socialism with Chinese characteristics” will continue to serve as the governing economic mantra of the Chinese Communist Party, with gradual market reforms and Communist Party control over the vital sectors in the Chinese economy, including banking, oil and gas, and infrastructure development.

The Communist Party in the long run

As argued by Mark Blyth and Nassim Taleb in Foreign Affairs, authoritarian countries can appear more stable than democracies. Whereas democracies have a culture of disagreement that bring political tensions out into the open, closed political systems suppress change and make it difficult for governments to deal with unexpected political change like revolutions. Whereas government transitions in the West rarely end up in full-scale revolution, government transitions in authoritarian countries usually lead to state-wide crises, since tensions artificially suppressed during the era of one-party rule are given the time and space to fester under the control of authoritarian rulers, rather than being addressed expediently as they are in democratic societies. While the notion of China as a decisive and pragmatic machine has gained purchase in the West, Blyth and Taleb find that democracies are best suited to handling the kinds of events that are inherently unpredictable in complex environments. This is a long-term risk to the Chinese Communist Party, as attempts to buy-out or suppress dissenters might lead to larger problems down the road.

In a speech commemorating Wednesday’s announcement of Xi Jinping, outgoing Premier Wen Jiabao gave a prophetic warning the need for the Communist Party to adapt to these changing circumstances, arguing that new leadership must guide China through some much-needed and difficult political reforms. He went on to denounce the Party’s factionalism and power struggles like that of Bo Xilai and Wang Lijun, arguing that tragedies like the Cultural Revolution, as dangerous as it was, can happen again and that tomorrow's leaders must safely chart China's future course. The old guard of Chinese leaders recognizes the challenges posed by recent events in Chongqing. Time will tell if the Party’s new leadership is up to the task.

The views expressed in this article are solely those of Neil K. Shenai and Bernard Geoxavier.

Next entry »Zakaria on Afghanistan, Iran and Syria
« Previous entryCameron and Obama: No 'bromance' here