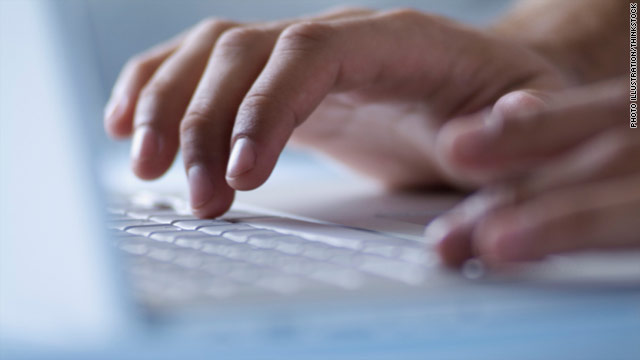 Editor's Note: Priya Parker, an expert-in-residence at the Harvard Innovation Lab, is the founder of Thrive Labs, a visioning and strategy advisory firm based in Brooklyn, New York. You can follow Priya on Twitter @priyaparker.

By Priya Parker - Special to CNN

If one theme runs through these different pieces, it’s that people really like to name this generation. (I am guilty of injecting my own label into the mix last week, when I wrote a piece on the Global Public Square casting my cohort as Generation FOMO. We are held together, I argued, by a shared tendency to make decisions based on the fear of missing out on something around the corner.)

As part of my job, I work with talented Millennials on building alternative future strategies. They often come to me feeling burned out and unsure how to make their mark in the world. We work together to think strategically and soulfully - yes, you can do both! - about the kind of future they wish to build.

In this work, I’ve found that, whatever you call them, many Millennials are inhibited by anxieties peculiar to our time. I’ve already spoken of the FOMO problem. In this post, I want to share some of the other blockages that Millennials tell me afflict them. Next week, I will share techniques that I’ve found helpful in overcoming FOMO and these other inhibitors of building, creating and doing.

1. The GTD syndrome. David Allen’s famous book “Getting Things Done” has become a productivity Bible for this cohort. Similarly, productivity apps like Evernote, Things, TaskPaper and Producteev all help us do what we’re already doing faster or more efficiently. But there’s a tendency among those I work with to forget to ask why they are doing it in the first place. We often prioritize productivity over purpose.

At leading graduate schools around the country, the conversation about purpose and the why (rather than how) is a sideshow. In those moments that seem made for reflection, such as spring or winter break, there is a culture of “doing more,” with students signing up for “treks” to China, India, South Korea and the like. But these are treks not to climb mountains or even hills. They are treks to meet with the executives they might one day work for, the bureaucrats who may one day regulate them, the charities they may one day give to.

One week of spring break has become another opportunity to pack in even more. Gone is the thought of sitting and spending time asking what we actually want and how to build and create a life that represents those values. Initiatives like Bill George’s True North groups and talks by Clayton Christenson have been the rare exceptions.

2. Prioritizing success over mastery. Mastery is out. Serial dabbling is in. With the rise of personal branding and an increased ability to get your message out sooner, the networking mentality of “it’s who you know” has all but replaced “it’s what you know.” Perhaps because of the rapid expansion of social networks and the flattening effects of the Internet, many of the people I’ve studied and work with estimate that they allocate more of their time to deepening their networks through coffee meetings and phone calls and such than to spending time alone developing an actual skill or craft - something they can strive to do better than anyone else alive. As one talented artist recently told me, every budding artist who asks for help wants to know how they can get recognized rather than how they can become a better artist.

3. The reactive day. Many of the people I work with speak of approaching each day defensively. The question that drives their work is “What do I need to respond to?” rather than “What should I create today?” They swat back emails that fly at them, sit in meetings that they unthinkingly agreed to two months earlier, take phone calls seeking their approval or advice. But they don’t build. They don’t sit and think. They don’t ask: "How could I redefine and reinvent what this job is?"

We’ve heard about the perils of multi-tasking and continuous partial attention. But, rather than finding ways to focus and own their own days, many of the most talented Millennials resist leading. Instead, they react to whatever’s in front of them at that moment. In my Visioning Labs, one exercise I use is to have people write down all of the activities they perform over the course of a typical day. Then I ask them to go back through and classify the activities as either “intake” - information they are taking in - or “output”  - ideas or products they are actually putting out in the world. The majority of those I work with are “intaking” at much higher rates than they are creating. Most doers and entrepreneurs are the opposite.

4. Maintenance over courage. The Harvard Kennedy School has an excellent program that seeks to get more women into elected office. It’s called From Harvard Square to the Oval Office. One of the things the trainers tell women to do is to send an email, a handwritten card or a postcard every six months to everyone they know (!) so that their name crosses those eyes with some frequency. You never know whom you’re going to need, or when. You are taught to “water your armies” over decades in preparation for running for office one day. It is something seasoned politicians know and do regularly, and perhaps worthy advice.

However, when it came to advising us on policy ideas, the only real advice was not to put anything controversial in writing. It was not to be bold or think freshly. It was to crouch. This approach has spilled well beyond those people considering an office run. It has crept into the mindset of many Millennials, so that we are effectively encouraged to run personal, perpetual campaigns. The theory is that, one day, when we’re finally ready to cash in those chips and build, we’ll have an army behind us. But many of us spend more time writing emails and staying in touch than developing daring, imaginative, controversial ideas and testing those notions in the real world.

These are some of the blockages that Millennials tell me afflict them. Next week, I will share techniques that I’ve found helpful in overcoming these other inhibitors of building, creating and doing. Check back here.

Next entry »Roundup: Clashes in Damascus
« Previous entry@FareedZakaria on #SavingHealthCare