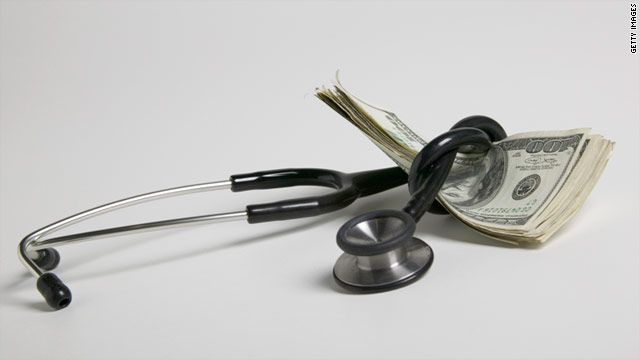 Zakaria: How to save American health care

I am a big fan of the free market. I think it has an almost magical ability to allocate resources and generate growth. But precisely because it is so powerful, in places where it doesn't work well, it can cause huge distortions.

The Nobel Prize-winning economist, Kenneth Arrow, outlined in the 1960s why markets don't work well when it comes to health care. He explained that people don't know when they will need health care and that when they do need it, the cost is often prohibitive. This means you need some kind of insurance or a government-run system.

Now, if we decided as a society that it is OK that when people suddenly discover they need health care, they can only get it if they can pay for it - that would work, but it would mean that the vast majority of Americans wouldn't be able to pay for a triple bypass or a hip replacement when they would need it.

Read: Tweets from @FareedZakaria on #SavingHealthCare.

The market would work, just as it works for BMW cars - people who can afford it can get it, people who can’t, won’t. But every rich country in the world - and many not so rich ones - have decided that every citizen should have access to basic health care and given that, a pure free market model simply cannot work (and remember, even if one were to have only a catastrophic insurance model, that's where all the costs are.)

Just 5% of the patients in the U.S. account for fifty percent of all health care costs - mostly the chronically ill - and taking care of these catastrophic illnesses is what drives up American costs.

A general insurance system can only work if everyone is insured. That's what the Swiss and Taiwanese found out. Otherwise, only the people who are sick will want to buy insurance and the insurance companies will spend most of their time and effort trying to kick sick people out of the system and denying coverage to those who might get sick.

That's why the Heritage Foundation, a conservative think tank, came up with the idea of an individual mandate, requiring that people buy health insurance in exactly the same way that people are required to buy car insurance.

That's why Mitt Romney chose this model as a market-friendly system for Massachusetts when he was governor. And that's why Newt Gingrich praised the Massachusetts model as the most important step forward in health care in years.

The Obama health care plan is not perfect by any measure. It still maintains the connection between employment and health care, which is massively inefficient and a huge burden on American business.

While businesses often talk about the need to reduce regulations to be competitive globally - a cause I support - they strangely rarely talk about their single biggest handicap against global competitors.

American companies have to pay high tens of billions of dollars to provide health care for their employees and former employees while their German, Canadian, Japanese, and British counterparts pay nothing - zero - in health care costs.

The Obama health care bill expands access to 30 million Americans. That's good economics and also the right thing to do, but it does little by way of controlling costs.

There are several experiments and pilot programs in it. There are new trends emerging, but little in the way of systemic cost controls. That's largely a failure of nerve amongst the entire political establishment.

Every expert realizes that no matter what the system of health, you will need to have some kind of board that decides that some things are covered and others are not.

This has been demagogued as “death panels” when it is really the only sensible way to make the system work. No one is saying that you can't get any procedure you want - merely that there are some that your insurance doesn't pay for.

The other unusual aspect of health care, Kenneth Arrow points out, is that the buyers really don't have much knowledge.

That's why costs have come down in optional areas like LASIK surgery but not in ones where the consumer really can't walk away.

There are powerful ways to incorporate the discipline of the market to make providers lower costs, but the key, as Atul Gawande points out, is to give doctors and hospitals an incentive to make you healthy rather than the current approach where they make money if you are unhealthy and need lots of heroic procedures.

A final thought: One can reason from first principles and that's a good thing but you must also reason from facts on the ground. The fact is that all rich countries try to provide affordable health care for their citizens in some way or the other.

All of them - including free market havens like Taiwan - have found that they need to use an insurance or government-sponsored model. All of them provide universal health care at much, much lower costs than we do.

The United States has the most marketized system in the world and the most expensive and inefficient one with bad outcomes and low levels of customer satisfaction.

Maybe there's a theoretic model out there that would work, but right now, in the world we are living in, some kind of mixed, messy health care system is what we have and our task is not to abolish it in favor of a utopia but to improve it so that Americans can get good care at reasonable prices - like so much of the rest of the world.