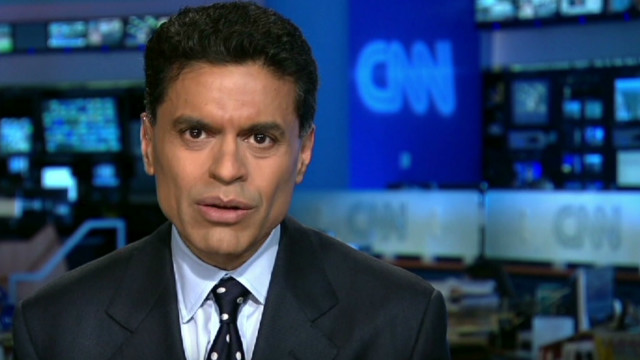 The following is an edited transcript of a recent interview with Fareed Zakaria on "John King USA," talking about the NATO summit in Chicago and NATO's relevance in the world today.

KING: This year's NATO summit is in Chicago. And topping the official agenda is the transition in Afghanistan, but there are other giant issues for the 34 heads of state attending.

ZAKARIA: The truth is NATO was a defensive alliance. It was designed for, really, to protect against Russia, against the Soviet Union during the Cold War. And ever since 1990 when all that ended, it's been flailing around looking for something to do.

But it is a very useful time when all these heads of state, heads of government get together, and there's always something or the other on the agenda that's pretty crucial.

I would suspect that a lot of them would spend some time talking about Greece and Europe and the world economy, even though it's actually meant to be a security alliance.

KING: And when it comes to Afghanistan, which is important business at this summit, is it mission accomplished or is it mission exhausted, "let's get out"?

ZAKARIA: That's a great way of putting it. ... The Obama strategy - which is to double-down on the counter-terrorism (special ops, the drones) but gradually withdraw from the vast nation-building project and therefore withdraw the troops - is broadly shared by other European countries. So he's not going to get any pushback.

These summits become somewhat dramatic if there are two points of view. You think about the United States and France over the Iraq war. In this case, mostly everyone agrees with the Obama administration. And as we drawdown, they are drawing down, as well.

KING: Let's come back to the relevance question. Because as you noted, this is a defensive alliance. It was built when it was the West confronting, then, the Soviet menace. ... So if you are the leaders of the NATO alliance, what lesson do you have to learn from this very different world?

ZAKARIA: Political stability is a little bit like oxygen. When you have it, you take it for granted. We don't notice there's oxygen in this room: in my room and in yours. When you don't have it, you really notice.

All these things are, of course, low probability events. But if they were to happen, then all the stuff we're talking about - this single global economy, the technological progress, the trade, globalization - all that goes out window. Because now you're in a struggle for survival. And now politics and military affairs dominate everything.

So, you know, it is really true that we have the luxury of worrying about some of the kinds of things we worry about, which are real problems, but nothing like the problems of nuclear war during the Cold War, World War II, World War I and hundreds of years before that.