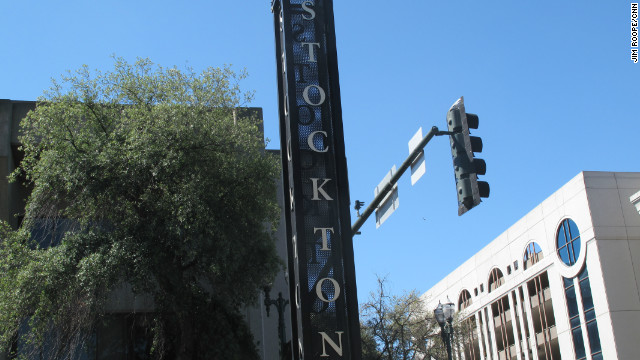 The cost of America’s inefficient sprawl

By William Fulton, Special to CNN

Editor’s note: William Fulton is vice president for policy and programs at Smart Growth America, and a former mayor of Ventura, California. The views expressed are his own.

Earlier this month, Global Public Square addressed a critical issue at this moment in American history, as towns and cities nationwide look to bounce back from the recession.

“Why are U.S. cities going bankrupt?” is a question everyone should be asking, but the real answer isn’t necessarily as straightforward as the one Fareed Zakaria suggested. Or perhaps it might be even simpler, depending on how you look at it.

It’s true that pensions are an increasingly visible strain on city budgets. As the former mayor of Ventura – a California city that is not going bankrupt – I can attest that rapidly rising pension costs are a huge problem. But there are other, more fundamental factors driving cities to bankruptcy. Dealing with the underlying causes of poor revenue creation and out-of-control debt accumulation is a more nuanced – but ultimately more effective – solution to our country’s economic woes.

The way in which we plan and build our towns and cities has a direct impact on how well they do. Financial resiliency and prosperity is woven into the very fabric of cities. Where businesses go, where houses go, where roads go, where sidewalks go, where farms and natural spaces go – all of these things collectively affect a community’s economic performance and the cost of providing services there. Put things closer together, the services cost less. Put things farther from each other, the services cost more for the jurisdiction and its taxpayers. But in the case of many American towns and cities, we haven’t always planned and built in this fiscally conservative way – and that’s one of the biggest reasons why cities are struggling today.

When sprawling new development happens, it’s easy to mistake that for prosperity. New buildings and wide roads look great when they first meet the eye. But over time, distant development costs more, gradually bleeding taxpayers and putting the hurt on municipal budgets.

Think about it. Every time a new, spread-out subdivision is built far away from existing infrastructure, somebody has to pay for a bunch of roads that serve a small number of residents. And sewer and water lines too. And fire trucks that must travel farther to serve fewer people. And police cars. And ambulances. And school buses. And dial-a-ride buses. And – in many parts of the country – snowplows.

The cost is enormous. One study in Charlotte, North Carolina, found that a fire station in a low-density neighborhood serves one-quarter the number of households and at four times the cost of an otherwise identical fire station in a less spread out neighborhood. That sort of inefficiency adds up and multiplies as you take into account the hundreds of services cities must provide. What seems cheap on the one hand isn’t always when you look at it over the long haul.

Cities can sometimes stay in the black temporarily by approving new development and getting new revenue to pay for the costs. But that’s really just a Ponzi scheme. When a real estate bust hits – as it did starting in 2008 – there’s no more new development to subsidize sprawling development, and cities start to run in the red. That’s partly what happened in Stockton and San Bernardino.

There’s no silver bullet to fixing financial issues, especially ones as endemic as those facing America’s towns and cities. But planning for the long-term, investing in existing communities, building in a fiscally prudent way and examining changes to real estate market demand are essential first steps.

Balanced budgets don’t just happen. They happen because someone took the time upfront to check the costs and to evaluate what we can afford and what will add the most value. When we do a better job building with the future in mind and investing in what matters, rising pension costs and other secondary concerns will be more manageable.

Topics: Economy • United States
Next entry »Why U.S. would get sucked into war if Israel strikes Iran
« Previous entryWest should give Annan plan another chance

Next entry »Why U.S. would get sucked into war if Israel strikes Iran
« Previous entryWest should give Annan plan another chance