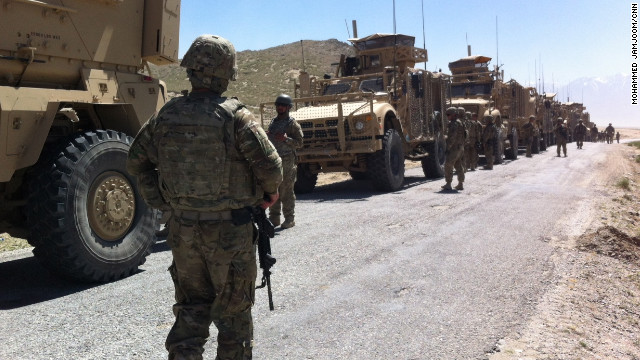 Michael Rubin is a resident scholar at the American Enterprise Institute and senior lecturer at the Naval Postgraduate School. He also teaches Afghan history to deploying U.S. Army units. The views expressed are solely those of the author.

More than a decade into the conflict, the Afghan war isn’t going well. Politically, Afghanistan is a mess. While some analysts still say the American counterinsurgency strategy works, Afghans beg to differ. Their country was safer ten years ago than it is today.  The problem wasn’t the invasion itself, but rather than aftermath. The mission to deny terrorists a vacuum was essential, so where did the United States go wrong?

Here are the seven key mistakes the United States and its allies have made:

Rapidity of Reform. Cynics may say Afghanistan never changes, but that is nonsense. Afghanistan today is far different than it was 30 years ago, let alone a century ago. The fact is, Afghanistan changes: Just very slowly. The experience of Amanullah Khan in the first decades of the twentieth century and the Saur Revolution in 1978 demonstrate the correlation between rapidity of reform and insurgent backlash. Zahir Shah (r. 1933-1973), on the other hand, moved slower but presided over some of Afghanistan’s most successful reforms. It’s possible to bring good, representative governance to Afghanistan and perhaps even democracy. Just not on a Washington political timeline.

Centralization. To reconstruct Afghanistan, diplomats pushed for a republican rather than parliamentary system. A strong president could co-opt warlords by offering them plum positions as not only ministers, but also as governors and regional appointees. Most Afghans care little for Kabul, however, and even less so for the men Kabul sends to lead their local governance. They want local officials who look like them, speak like them, and whom they know. The lack of coordination between top down government and bottom up democracy only adds to dysfunction.

Karzai. After the Taliban captured and executed Mujahedeen figure Abdul Haq in October 2001, the CIA seemed to embrace Hamid Karzai as their man in Kabul. Karzai had, according to U.S. State Department documents, acted as a Taliban-designated U.N. representative, and also had relations with Iran and Pakistan; he could talk to everyone. Being all things to all people isn’t enough, however. That the Karzai administration turned out to be corrupt and its leader ineffective and apparently without a moral backbone provides yet one more example why Langley should be out of the business of promoting informants to higher office.

Setting a Time Line. In Iraq, the surge wasn’t only a military strategy, but a psychological one. When George W. Bush declared his goal to be victory and committed the resources to achieve it, the fence-sitters decided their best hope for survival was cutting a deal with the strong horse. President Obama took the opposite tack: He informed Afghans that America’s commitment had an expiration date. Immediately, our NATO partners started charting their own departure, not necessarily on a coherent coalition timeline. Any Afghan official who cared about his own survival took the hint that they should begin to make their accommodation to Pakistan, Iran, or the Taliban.

Talking to the Taliban. If a timeline was one nail in the coffin of the U.S. mission, sitting down with the Taliban was the second. Afghans have never lost a war; they just defect to the winning side. By offering the Taliban a seat at the table, Obama couldn’t have done more to convince ordinary Afghans that the Taliban was on the verge of complete victory. After all, the Taliban’s 1995 capture of Herat and its 1996 capture of Kabul both followed ceasefire and peace talks, not to mention that 9/11 occurred after five years of Clinton administration engagement with the group.

Too Much Aid. According to the Christian Science Monitor, “Presently 90 percent of the Afghan government’s budget depends on foreign aid and money from the international donor community and military spending makes up about 97 percent of the country’s GDP.” Aid agencies, it seems, have descended on Afghanistan as much to prove their own worth and relevance as to help the Afghan people. Afghanistan can’t absorb so much money however, so all it did was spark corruption. Terrorism may impact a few hundred people, but millions suffer from the result of corruption. Not only Afghanistan, but also the U.S. Treasury would be in a much better place today had the donor community only given it one-tenth the assistance we dispatched.

Trusting Pakistan. Pakistani leaders may say the right thing, but they have never been onboard with U.S. goals in Afghanistan. A strong, independent, nationalist Afghanistan is anathema to Pakistanis, who have so little self-confidence about their own identity. Trusting Pakistani generals to do the right thing is about as wise as putting American national security in the hands of Pyongyang or Tehran. Even before bin Laden’s death, that was obvious. That so many diplomats and, frankly, generals in Afghanistan allowed themselves to be so duped should have led to retirements, not promotions.

Next entry »The Security Council’s Syria shame
« Previous entryCould Rafael Correa be the next Hugo Chavez?