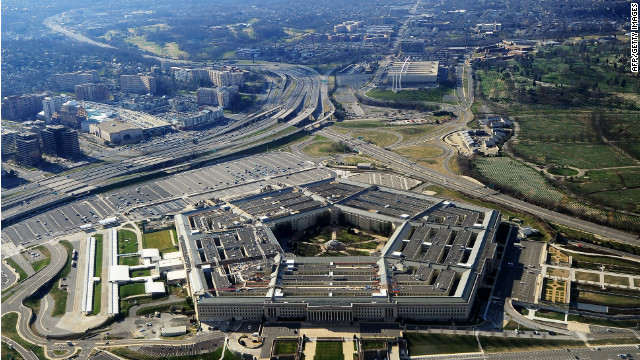 By Benjamin Friedman, Special to CNN

Editor's note: Benjamin H. Friedman is a research fellow in defense and homeland security studies at the Cato Institute in Washington DC. The views expressed are his own.

Sequestration is the new Y2K. It’s coming at the start of next year, hardly anyone understands it, and important people say to freak out about it.

The Budget Control Act passed a year ago creates two kinds of sequestration. The one that everyone is talking about would occur in January as a result of the Joint Committee’s failure to find $1.2 trillion in savings last fall. It will take about $110 billion from federal coffers, half of that from defense spending in equal amounts from every “program, project, and activity.” The bill also requires sequestration to prevent breaches of the spending caps that it erected from fiscal years 2013 through 2021 for defense and non-defense spending. If current law stays in place (doubtful) the two mechanisms would save what the Joint Committee was supposed to over the next nine years. The January 2013 sequester would cut around 10 percent of the Pentagon’s budget, and the caps would then allow it to grow by about inflation for the remaining years.

Complaints about sequester come in two varieties. First, hawks complain about its depth – the size of the cuts – and the effect on security and jobs. U.S. Senator John McCain, for example, claims that sequestration will result in an “inability to defend the nation,” without bothering to say which of our minor enemies will suddenly outgun us. Both parties’ warn of sequestration’s “devastating” effect on employment.

Second, Pentagon officials in particular also complain about sequestration’s breadth – the fact that it applies across the board equally, preventing prioritization and planning to mitigate its consequences. That’s what Secretary of Defense Leon Panetta, never at a loss for violent metaphors, calls the “goofy meat axe approach.” At a House Armed Services Committee hearing last week, both the acting director of the Office of Management and Budget, Jeffrey Zients, and Ashton Carter, the deputy secretary of defense, emphasized this point, arguing that sequestration’s automatic breadth prevents them from planning for it.

On depth, I have repeatedly argued that the Pentagon budget should be cut by more than what sequestration would. I won’t repeat all those arguments here, except to note that sequestration would leave the 2021 Pentagon with purchasing power about equal to what it had in 2006, leaving out the wars. That would leave more in real terms than what we spent on the military at the height of the Cold War.

It’s reasonable to complain that the relative swiftness of the sequestration cuts would make them more disruptive than most past drawdowns of similar size. But sequestration applies to budget authority, which is the new funds agencies get each year and spend over several as contracts run their course. Budget outlays are what they actually spend annually. This means that the $55 billion cut from fiscal year’s 2013 spending would take several years to occur, and outlays would fall in 2013 by only about half of that total. Moreover, as Carter pointed out in his testimony, the cuts won’t apply to obligated balances, so existing contracts would be completed. Also, swift reductions have the advantage of being more likely to occur.

As for arguments about sequestration’s massive economic effect, my colleagues and I have discussed the exaggeration of these claims, and Cato will soon release a report on the subject. Suffice it for now to say that a reallocation of about 0.3 percent of GDP is likely to have a minor but positive long-term impact on jobs and growth. True, that positive impact requires what economists call structural adjustment, which in plain English means it takes a while, and in the meantime some people lose jobs. That makes the change worthwhile but politically tough, a problem that isn’t unique to defense spending. The main problem of democratic government is intense minority interests rule over diffuse majorities. There’s no real solution to this problem, but institutional mechanisms, like the budget caps in BCA, at least bring more interest groups into competition.

The breadth complaint is more valid. Sequestration really does apply across the board in a way meant to be unappetizing enough to force compromise. But the administration has several tools that allow it to prioritize even if sequestration occurs. Frank Oliveri’s article in CQ Weekly (behind a paywall) discusses them comprehensively.

First, the law allows the president to exempt military personnel costs. He has said he will do so. Of course, other accounts then get hit more.

Second, while sequestration would include the war account – Overseas Contingency Operations (OCO) – Congress and the administration can add funds to OCO to make up for sequestration’s cuts. OCO funds don’t count toward the BCA’s budget caps. And their inclusion limits sequestration’s impact on non-war accounts.

Third, the Pentagon has authority to transfer or reprogram funds, some with the permission of the chairmen and ranking members of four defense committees. The Pentagon has used those powers to shift $12 billion to $15 billion annually of late. That’s potentially half of the outlays that sequestration would take in 2013.

And as Congressman Roscoe Bartlett pointed out in last week’s hearing (in a question Zients dodged), the 1985 Gramm-Rudman-Hollings Act, which the BCA amends, seems to allow the president to transfer funds at will beneath the BCA’s defense cap – provided Congress signs off in an expedited joint resolution. That means that that the president, with Congress’s permission, can convert the 2013 sequester into a cap, eliminating the breadth problem. The alarm about sequestration means that Congress would probably support the president on that vote.

Fourth, as Carter said in his testimony, operational funds are allocated to the Pentagon in a broad way that allows it, even if sequestration occurs, to move those funds considerably “based on management judgments.” And even in other areas, the OMB may have the ability to define “program, project, and activity” broadly enough to allow substantial movement of funds within the category.

These options, and probably others, allow the administration to partly blunt sequestration’s goofy meat axe. That belies their insistence that they can’t plan for it. That’s doubly true because minor Congressional action, short of turning sequestration off (something a declaration of war accomplishes, by the way), could allow even greater power to prioritize. Congress might elect, for example, to amend the BCA to define “program, project, and activity” broadly or to convert the 2013 sequester into a cap that the Pentagon can meet as it sees fits. That last option in particular makes sense to me.