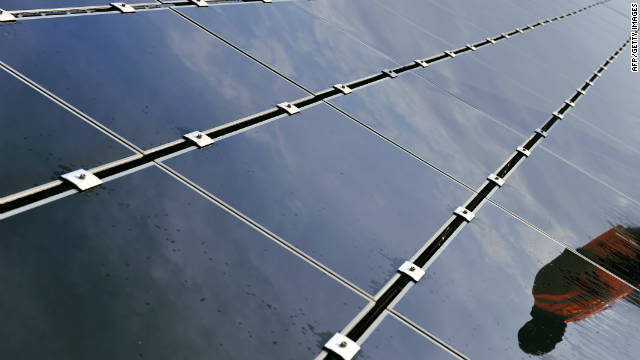 By Rob Sobhani, Special to CNN

Rob Sobhani is president of Caspian Group Holdings, which has interests in green energy and infrastructure projects, and author of ‘King Abdullah of Saudi Arabia: A Leader of Consequence’. The views expressed are his own.

King Hamad bin Isa al-Khalifa of Bahrain is one of America’s key allies in the Persian Gulf. He’s also among a growing number of political leaders in the Middle East who see more than oil in the region’s future. After all, the Middle East is blessed with an abundance of another natural resource: sunshine.

Bahrain wants to take full advantage of this reality, and harnessing solar energy has become a top priority in the country. But the government has also taken the surprising step of seeking long-term partnerships with leading American solar energy companies.

I was present a couple of years back when King Hamad tasked his energy minister with selecting the best American solar companies. The goal was to bring American innovation to Bahrain to help address the country’s energy needs, as well as to make Bahrain a global leader in combating climate change and global warming. Both issues are personally important to King Hamad.

The King outlined that day in the country’s capital Manama why he believes that governmental leaders have a duty to protect and preserve the earth, a belief that appears to inform his desire to pursue clean energy for his region and the world.

True, Bahrain’s entrance into solar power was delayed by the recent political upheavals in the region, unrest driven largely by global economic uncertainty. But the government’s determination to build solar electric power plants appears not to have been dimmed. And that’s likely to be a boon for American companies.

Bahrain is home to the U.S. Fifth Fleet, whose mission is to protect the energy-rich Persian Gulf. It is also attached by a 16-mile causeway to Saudi Arabia, which boasts the world’s largest oil reserves. Still, King Hamad appears to understand that the best route to economic security is at least some liberation from oil and a turn toward the sun for energy.

Saudi Arabia knows this as well. It burns its own crude oil at a rate of 2.9 million barrels a day to meet domestic energy demands. Bahrain, for its part, uses about 45,000 barrels a day. Both countries know that they can do a lot for themselves by using more sunlight – and renewable solar power – instead.

By conservative estimates by private and government experts, Middle East countries plan to invest about $500 billion in solar energy over the next two decades, and the U.S. is well positioned to benefit from such expenditure.

That’s a trend that even oil-rich nations are noticing.

China and India are certainly major competitors for this market. But even if the U.S. were to capture only 20 percent of it – or $100 billion – the result could be the creation of 10,000 jobs and a diminished need for U.S. government subsidies to prop up the solar industry.

The reality is that America’s strongest asset is its prowess in emerging technologies. As a result, the U.S. Department of Energy has asserted repeatedly that American companies can compete with any country in the world for the burgeoning solar market.

The U.S. would be wise to do so. Instead of being on the front lines of military confrontations, the U.S. can put itself at the forefront of economic innovation instead. Our solar sales to the Middle East can become a peaceful calling card. Good old American know-how can produce friends in a region where we need as many as we can get.

The expansion of solar power in the Middle East presents the U.S. with a sterling opportunity. And who knows? Maybe the Middle East can become dependent on us for energy for a change.

The challenge of vaccinating a whole country economist.com/united-states/…
fareedzakaria