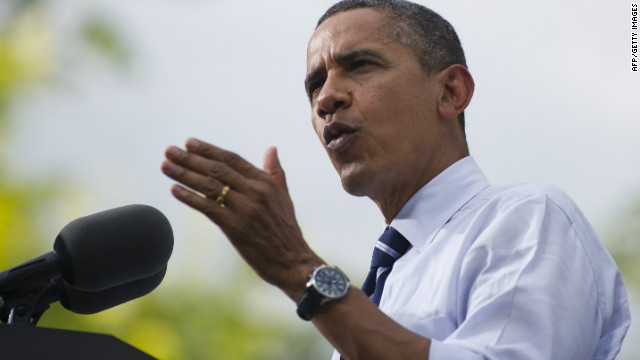 Britain likes Obama, even without the illusions

Editor's note: Chris Smith is a member of Britain’s House of Lords and a former Secretary of State for Culture and Media in the Tony Blair government. This is the second in a new series looking at how the world sees the U.S. election, and what the Obama presidency has meant for ties with other countries. The views expressed are the author's own.

When Barack Obama was running for office four years ago, and then being triumphantly elected that November, the overwhelming view in Britain was that he was exciting, intelligent, inspirational, and offered the chance to move away decisively from the dark shadow that George W. Bush had cast over virtually the whole of the rest of the world. Polls taken here regularly showed between 70 percent and 80 percent favorability for Obama, a view shared right across the political spectrum.

The Bush effect should not be underestimated. We had all watched with fascinated horror as the Florida ballots were counted and re-counted back in 2000. We had been shocked and moved by 9/11, and had wanted to stand shoulder to shoulder with our American friends. But we had been appalled by the decision to go to war in Iraq, and the mishandling of everything that followed. We were already puzzled by the close affection apparently demonstrated by our own prime minister, Tony Blair, towards Bush; but when he plunged into Iraq alongside him Blair’s popularity and support in Britain took a nose-dive – and has never really recovered. Obama offered something very new and different, and we loved what we saw.

Four years on, things are different – inevitably – but not hugely so. There is less of the excitement and inspiration, yes, and there is considerable disappointment that he hasn’t lived wholly up to the promise of the earlier campaign. The disappointment, though, is tempered by an acknowledgment that it has been almost impossible for him to get anything through a deadlocked Congress, and most British politicians are heartily glad that we don’t have the same extreme balance of power here. A British government can, within reason, get on and do what it sets out to do: held to account by the court of public opinion, of course, but able to govern with a much greater degree of certainty.

Despite the deadlocks and the willful “oppositionalism” of the Republicans, however, there is general admiration for the fact that he has managed to achieve quite a lot: the stimulus package (in contrast to the austerity approach that is bedevilling European recovery), the health care reforms, and a more open-hearted approach to international relations, especially. A clear majority of the British people would endorse a second Obama term without hesitation.

In case you might be thinking that “he would say this, wouldn’t he” – being a politician of the center-left – I would hasten to point out that this is a view shared by most of my Conservative friends and colleagues too. You have only to look at the nature of the Republican Party to see the reason why. The Republican Party of Eisenhower and Rockefeller has vanished, and in its place has come a hard-right, anti-government, socially conservative, economically extreme-liberal party that somehow manages to convey a combination of callousness and nastiness almost as a matter of pride. The labeling of the British National Health Service as a creation of Soviet-style tyranny is a case in point. The NHS carries massive support across every single political party in Britain, and is deeply loved and cherished. The denial of the reality of climate change is another. The fact that our global climate is changing, already, as a result of man-made emissions is – again – accepted across the political spectrum here. The proposal to legislate for gay marriage has come, here in Britain, from a Conservative prime minister. The Republicans are simply way out of step with the British center-right.

There’s another worry with the Republicans, too. If a Romney-Ryan administration were to take over, especially with a Republican Congress behind them, dominated by voices from the Tea Party, the likelihood is that economic policy in America – pulling back sharply on public spending and programs whilst liberating the wealth of the wealthy – would plunge the U.S. economy back into recession. The world needs a growing U.S. economy in order to begin to recover, itself. Our British economy needs a progressive, growth-orientated American administration in order to be able to pick itself back off the floor.

So “Obama without illusions” is where the British are placed right now. We know the current president isn’t perfect – even if we permitted ourselves a brief hope, four years ago, that he might be. But he’s the very best we have, or are likely to have, and we’re all keeping our fingers firmly crossed for November 6.