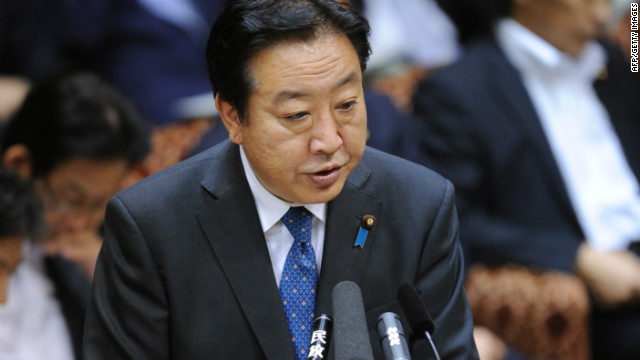 By Bruce Stronach, Special to CNN

Editor’s note: Bruce Stronach is dean of Temple University, Japan campus. The views expressed are his own.

If you are an American complaining about the Congressional partisan impasse of the past two years, or if you are a Briton worried about Scottish devolution and the fragility of the current coalition government, take heart. It could be worse; you could be Japanese.

In just under six years, Japan has had six prime ministers from two different major parties that have involved at various times four different smaller parties as coalition partners. This fall they are facing the possibility of another election at an unknown date after the sitting prime minister was censured by the upper house. Both of the two major parties, the Liberal Democratic Party (LDP) which has formed the Japanese government for 52 of the 60 years since the end of the U.S. occupation, and the governing party since September 2009, the Democratic Party of Japan (DPJ), will hold leadership elections.

Consider the following: the LDP worked with the DPJ to pass an important tax and social welfare bill and then turned around and joined other opposition parties in support of censuring the prime minister for submitting the bills in the first place. The conservative mayor of Tokyo wants to force the government’s hand in its dispute with China over the Senkaku Islands by purchasing them from their Japanese owner for the city of Tokyo. Yet another political party is being formed by a young rabble rouser from Osaka adding to the approximately 12 national parties that already exist. All this is taking place at a time when the domestic economy is struggling with tremendous debt; economic problems and the rapidly declining youth population is endangering the national social welfare system; and national energy policy has been thrown into turmoil by the questioning of nuclear power generation following the events of March 2011.

Japan is a socially conservative nation; change is not undertaken lightly and the status quo is usually preferred to the alternative up to – and often past – that point where change is unavoidable. The two attributes that bind the people of this society are stability and predictability. Japanese people generally don’t like change, surprises, the unknown, or risk. Therefore, it should come as no surprise that there is a growing concern in Japan about the future of the nation due, in part, to a political system that has become dysfunctional. Japan has always had a rotating door for prime ministers – they have had almost as many in the postwar period, more than 30, as Italy. But, with the exception of three years in the mid-1990s, all governments between 1952 and 2009 were LDP governments and therefore it usually made little difference who was  prime minister because the LDP committees, in collaboration with the bureaucracy, made policy, not prime ministers or their cabinets. The stability of the old postwar system is rapidly giving way to dysfunction because changes in government, whether intra-party changes or changes in the party in power, do bring real policy change, which in turn increases the extent to which wrangling for power occurs within parties and between parties. Political posturing has taken precedence over compromise and policies are rarely enacted as central party control over the parliamentary majority breaks down. Many politicians have said that politicians should make policy, not bureaucrats, but if politicians cannot compromise to the extent needed to implement  policy, that simply creates a situation where no one is making policy and bureaucrats are left to administer the status quo.

The political environment is not the only aspect of Japanese society that is changing. Japan was able to remain essentially an inward looking country during its peak period of growth because in retrospect, exports never accounted for as much of that growth as was trumpeted at the time and, more importantly, Japanese trade did tend to be a one-way flow, from inside out. That meant that there was never much true internationalization or globalization of Japanese society during the boom years. However, today, globalization is a reality and societies that don’t learn to accommodate internally the variegated aspects of globalization – and indeed learn to thrive on it – are doomed to fail.

With the current stresses and concerns within Japan, many people fear that recent flare ups of long-standing territorial disputes with Russia, South Korea, and China will tempt the Japanese to seek relief in nationalism as a means of unifying the country and deflecting attention from its domestic woes. But there will not be a resurgence of pre-war militaristic, aggressive nationalism. While most Japanese hold a deep belief that these territories are Japanese, there are few outside the loud but sparse right wing groups that will take to the streets, stone embassies or rip the flag off the Chinese ambassador’s car…as the Chinese did to the Japanese ambassador. Nationalism in Japan has for some time existed as a socio-cultural phenomenon where defining oneself as a member of the nation is far more important than defining oneself as an integral part of the state.

For many years following the end of the U.S. occupation there was a great deal of skepticism as to whether Japan could become a true democracy. As the LDP grew in power and was re-elected time after time, many saw this as proof that due to its history, Japan lacked the democracy gene. I begged to differ then and I think that my opinion has been validated. Japan should be a model for other states in creating a truly democratic society from roots that had little democratic nurturing.

But there is also no doubt that in a truly multi-party era, Japanese politicians have to re-think their responsibilities to the nation, not to the party. The real question for Japan today is not the control of the Japanese state over disputed territories; it is the question of what it means to be a member of the Japanese nation in a rapidly changing, volatile, global world.  That is a difficult question for a people who do not like change. It is even more difficult for a nation without effective political leadership.

Topics: Asia • Japan
Next entry »What we saw in Syria
« Previous entryOpinion: Why thalidomide apology is not enough

Next entry »What we saw in Syria
« Previous entryOpinion: Why thalidomide apology is not enough