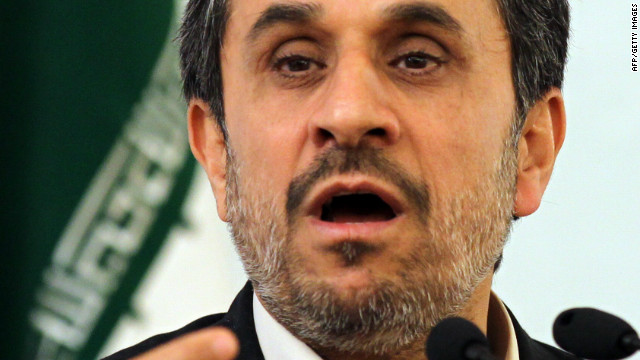 By Faraz Sanei, Special to CNN

Editor’s note: Faraz Sanei is the Iran researcher with the Middle East and North Africa Division at Human Rights Watch. The views expressed are the author’s own.

Around 5 a.m. last September 21, police officers escorted Alireza Molla-Soltani to a public square in the city of Karaj, 12 miles west of Tehran. It was dark, but a large crowd was waiting there. The officers hoisted Molla-Soltani, who was blindfolded with his hands cuffed behind his back, up on a stool. He slipped a few times, but then managed to keep his balance. As the officers placed a noose around his neck, he began to sob and beg for mercy. A couple of minutes later, a crane slowly lifted Molla-Soltani by his neck. He was pronounced dead several minutes later.

Molla-Soltani was two months shy of his 18th birthday.

The judiciary sentenced Molla-Soltani to death for the July 2011 murder of Ruhollah Dadashi, champion of Iran’s “strongest man” competition. Molla-Soltani and his lawyers contended that he had acted in self-defense.

Alireza Rezvanmanesh, a spokesman for the prosecutor’s office, defended the execution, saying that Iranian law allows execution of offenders sentenced to death as long as they have reached 18 lunar years by the time they are put to death. He ignored the fact that international law strictly prohibits the execution of anyone who was under 18 when the offense was committed.

Partly in response to local and international pressures regarding Draconian laws such as those that allow child executions, Iranian lawmakers proposed changes to the country’s penal code. In January, the Guardian Council, an unelected body of 12 religious jurists who vet legislation to ensure its compatibility with Iran’s Constitution and Sharia law, approved the final text of an amended penal code. President Mahmoud Ahmadinejad has not yet signed the amended code into law, but he may do so at any time.

Iranian lawmakers and judiciary officials have cited the amendments as a serious attempt to comply with Iran’s international human rights obligations.

Indeed, the amended penal code abolishes the death penalty for certain categories of crimes committed by child offenders, such as drug trafficking. But the proposed revisions would still allow judges to sentence child offenders, like Molla-Soltani, to death for other crimes. In 2011, at least 143 child offenders were on death row in Iranian prisons. The new code pegs the age of criminal responsibility to the age of maturity under Sharia law, which in Iranian jurisprudence is 9 for girls and 15 for boys.

There are numerous other problems with the new penal code. The proposed amendments continue to mandate the death penalty for “crimes” such as consensual sexual conduct outside of marriage, drinking alcohol, and apostasy (even though no law prohibits apostasy). Many other objectionable provisions under the current penal code remain in the amended version, including punishments, among them death, for alleged violations of Iran’s broadly-worded national security laws. These laws are regularly used to try and convict political dissidents, including peaceful dissidents, in revolutionary courts. In some cases, the proposed amendments further weaken the rights of criminal defendants and allow judges wide discretion to issue punishments, including death.

The new penal code provisions also permit the continued use of punishments that amount to torture or cruel and degrading treatment, such as stoning, flogging and amputation – and retain discriminatory provisions against women and religious minorities.

Last week, Iran hosted the 16th annual Non-Aligned Movement (NAM) summit. Iranian leaders used the summit as an opportunity to tout their standing among NAM countries – and on the international stage. Dozens of state leaders attended the summit to discuss, among other things, the situation of human rights worldwide. In fact, NAM’s founding charter requires members to “respect fundamental human rights” and “respect justice and international obligations.”

The summit may be over, but it is not too late for representatives of the member states to remind their Iranian counterparts that serious criminal reform is integral to respecting fundamental human rights and justice – and that real criminal reform in Iran requires a thorough overhaul of a penal code that has for too long been a tool of systematic repression in the hands of the authorities, and will continue to be if Ahmadinejad signs the amended penal code into law.

Next entry »Wanted: a European China policy
« Previous entryJapan: Get ready for a rightward shift