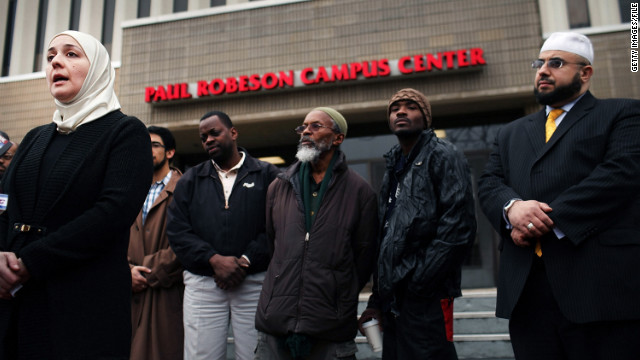 Health of Muslims, Arab Americans another victim of 9/11

By Abdul El-Sayed & Aasim I. Padela, Special to CNN

Editor’s note: Abdul El-Sayed  is an epidemiologist at Columbia University and a fellow at Demos. Aasim I. Padela is assistant professor and director of the Initiative on Islam and Medicine at the University of Chicago and a fellow at the Institute for Social Policy and Understanding. The views expressed are their own.

More than a decade after September 11, 2001 and we are only now really beginning to comprehend the health fallout from the terrorist attacks. The effects suffered by first-responders and those who lived in downtown New York City have become increasingly clear, and have rightly been the subject of much attention. Indeed, only yesterday it was announced that 58 cancers had been added to the list of illnesses covered in the wake of 9/11. Yet, the health fallout of 9/11 was not limited to those who were near the World Trade Center or the Pentagon that day.

Health researchers have been compiling a list of health problems that they believe are directly and indirectly connected to 9/11. There are, of course, the more obvious problems – physicians and epidemiologists have, for example, noted unusually high rates of uncommon cancers among 9/11 survivors and rescue personnel, while the symptoms of post-traumatic stress disorder have unsurprisingly been high since the tragedy, even among those who did not directly experience the trauma of those events.

But we are now seeing evidence that the post-9/11 climate of discrimination and marginalization against Muslim and Arab Americans has translated into worse health among these groups.

Discrimination and social marginalization undeniably have an adverse impact on peoples’ health. Indeed, many contend that this in part explains why African-Americans often have poorer health outcomes than Caucasians when it comes to depression (studies suggest African-Americans suffering depression are generally less likely to seek help), diabetes, cardiovascular disease, infant mortality and even life expectancy. Discrimination and marginalization contribute to stress, harmful coping mechanisms like the use of drugs and alcohol, and discourage proper use of health services – all of which ultimately lead to poorer mental and physical health.

After 9/11, America’s about 10 million Arab and Muslim Americans, who were too often the victims of association with the perpetrators of the attacks, were – and continue to be – subjects of suspicion, discrimination, and abuse. Hate crimes against Arabs, Muslims and even Sikhs (who are often mistaken for Muslims) rose dramatically following the attacks, and continue to occur more commonly than in the pre-September 11 era. This phenomenon was in evidence most recently in the tragic attack at a Sikh temple in Wisconsin last month.

As researchers who study the health of Arab and Muslim Americans, we regularly see the toll this climate of discrimination takes upon these communities. For example, one study showed that the likelihood of babies being born prematurely to Arab American women in California increased following 9/11. Another study suggested that Arab Americans have a lower life expectancy than Caucasians, despite having higher incomes and better education. Yet another study, of Michigan’s Arab community, found that 25 percent of respondents reported abuse following the attacks, with higher rates among Muslims compared with Christian Arabs. Those reporting discrimination were more likely to be suffering from psychological distress and were at greater risk of depression and anxiety.

Changing the cultural and social biases that fuel discriminatory behavior and hate crimes is a monumental task. But one way of addressing the problem would be to tackle a key factor that continues to fuel discrimination and hate – vitriolic speech. Events such as the Peter King hearings, in which Muslim Americans seemed to come under suspicion for no better reason than being Muslim, only stokes the flames of discrimination and reinforces a siege mentality among Muslims and Arabs that contributes to the poorer health of these communities.

Healing our country after 9/11 must mean healing all Americans affected by that day, and the memory of 9/11 should not be used to discriminate against or marginalize any American. Ensuring that this is the case is the only way this country can continue to work to heal the gaping wound those attacks left on the social fabric of our entire country.

Next entry »Why China needs a PR makeover
« Previous entryAl-Qaeda diminished, but not gone