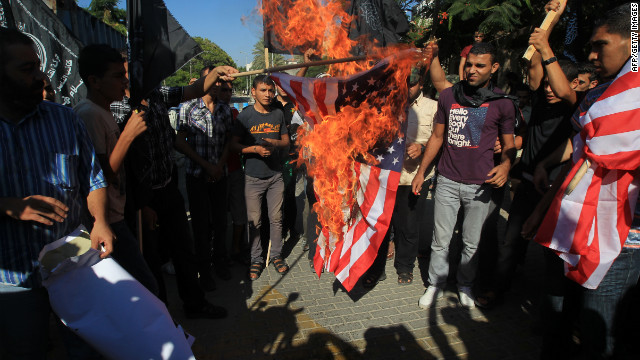 Why free speech is baffling to many

Editor’s note: Zeynep Tufekci is assistant professor at the School of Information at the University of North Carolina, and she is a visiting scholar at Princeton's Center for Information Technology Policy at the Woodrow Wilson School. She blogs at technosociology.org and can be found on Twitter @techsoc. The views expressed are her own.

By Zeynep Tufekci, Special to CNN

The recent protests over a crude and offensive anti-Islam video serve as a lesson about cultural clash in the Internet era — not necessarily between extremists on both sides, but rather between cultural understandings of free speech and the public sphere.

It used to be that you needed to travel someplace new to experience culture clash. But by creating immediate connections between people, the Internet can create a culture clash without anyone leaving their couch.

The chasm I’m most worried about is not the one among the makers of the film and those who might have reacted to it with violence. In fact, one may argue that the hate-mongers who made this video and those who use the provocation as a pretext to kill are in a symbiotic, mutually reinforcing relationship.

The gap I’m most concerned about is the one between the vast majority of people in the Middle East and North Africa who watched the violence in Libya with horror and disgust and yet still find the existence of the video troubling and disturbing, and everyday Americans who see the story as just a few marginal, hateful people putting this video on YouTube.

To understand why this particular narrative of free speech is deeply unsatisfying to many people in the Middle East, you have to keep in mind significant historical differences between the rest of the world and the United States.

America’s free-speech culture and its legal framework are unique in the world — and genuinely baffling to many.

Remember the many people throughout the world who were convicted for expressing their free speech in 2006, right around the turbulent anniversary of a Danish newspaper publishing cartoons about the Muslim prophet Mohammad? No, they were not Egyptians who wanted to publish the cartoons to make a point about free speech. They were Europeans.

Germar Rudolf was sentenced to two and a half years in prison for denying that there was a systematic Nazi plan to exterminate the Jews. Similarly, French holocaust denier Robert Faurisson was given a probationary sentence and a fine. Such laws are in place in most of Europe and in Canada, and many people have been prosecuted under them.

So it’s not surprising that in reaction to the latest video, Egypt’s Muslim Brotherhood called for similar laws for insulting Islam. After all, they ask, if laws can be passed to stifle hateful speech about past important events, why not religion?

However, they are looking at the wrong national set of laws. Genocide denial has never been a crime in the U.S., and it’s hard to imagine how it could be, given the First Amendment — a uniquely American institution.

To understand some of the strains, we also need to remember how new everything is. Egyptians overthrew their dictator just last year, and YouTube was created seven years ago. Most people in the Middle East grew up in strong states, and the notion that all speech should be legally protected has very little cultural or legal resonance.

Besides, many people around the world believe certain lines should not be crossed in public — and it’s not just insulting religion, the state or the national culture. Many countries also have strong individual defamation laws. Celebrities in Turkey, my home country, have been known to sue people making fun of them on Twitter (someone should alert them to the Streisand effect).

The free-wheeling, open environment that exploded with citizen media has greatly complicated this political legacy. Sedat Kapanoglu, founder of the popular Turkish “dictionary” site Eksi Sozluk, in which ordinary people can post their own “definitions” on any topic, was laughing as he told me how he is regularly summoned to the prosecutor’s office and questioned on why he wrote an inflammatory post about a topic. He said he must repeatedly explain that he just runs the website and anyone can post. The prosecutors are not completely up on about this Internet thing, he shrugs. The results, however, are far from amusing: Sedat’s Internet start-up employs more lawyers than programmers.

Of course, all cultures set limits on free speech — and government restrictions are not the only thing stifling public conversations. In the U.S., narrow ownership of broadcast media has often restricted the public sphere, as viewpoints without a lot of money have been ignored or stifled. American reaction to unwanted speech tends to be to sometimes ignore it, sometimes use it to score political points, and sometimes use it to whip up the base.

The murder of U.S. ambassador Christopher Stevens and members of his staff in Benghazi is not the first time a YouTube video has been linked to a political act of violence. This is not going to be the last such incident, either. Our connected world means that it’s not just messages of hope and solidarity that flow through social media, but also messages of hate and malice.

To move forward, we must understand the differences between peoples and not assume that everyone else lives in the same cultural, legal and political framework.

Note: Emerging coverage indicates that the attack against Stevens in Benghazi may not fit the general pattern of blasphemy-related protests in the Muslim world. The protest against the film might simply have been used as cover for a pre-planned paramilitary assault.