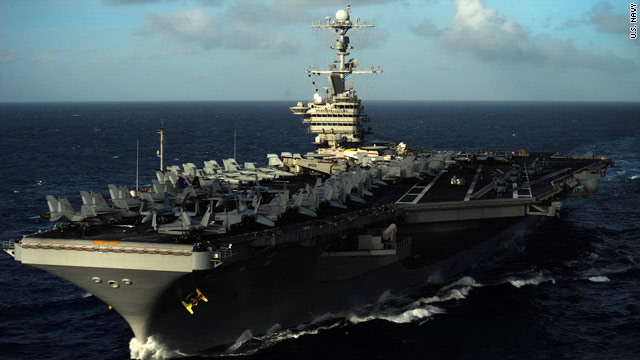 The best and worst navy presidents

My standards for naming a chief executive to either list were simple. Did he compile a sustained record of supporting a robust navy, or one of neglect? If not, did he do something brief but exceptional in the domain of maritime strategy, either for good or for ill?

Let’s start with the worst. It pains me that three of my favorite Americans, including two Founders and one of our greatest generals, were indifferent – at best – stewards of U.S. maritime strategy:

3. James Madison. Madison inherited a bad situation from Thomas Jefferson. To his credit, he acknowledged the importance of naval power for the fledgling republic. Still, Theodore Roosevelt issued a harsh verdict in his Naval War of 1812, adjudging Madison and his predecessor guilty of “criminal folly” for failing to field a battle fleet. One need not go that far to concede that Madison did next to nothing to bolster the U.S. Navy prior to the War of 1812. He thus left the United States ill-prepared to combat Great Britain’s Royal Navy on the high seas. Despite the navy’s early single-ship victories, the republic saw its ports blockaded and its commerce choked off during the conflict.

2. Thomas Jefferson. John Adams left the Jefferson administration in decent shape seapower-wise, having acquired adequate timber to construct a small but first class battle fleet. Such a navy, located astride sea lanes connecting Britain to important economic interests in the West Indies, would have granted U.S. leaders outsized leverage over Britain at a time when that nation was fighting for its life against Napoleon. But the timber went to waste, the ships-of-the-line for which it was meant were never built, and the leverage remained elusive.

1. Ulysses S. Grant. Grant presided over a dark age for the U.S. Navy. Captain Alfred Thayer Mahan, our second president at the Naval War College and a serving naval officer, pronounced the post-Civil War era one of “dead apathy” for the sea service in both material and intellectual terms. Having briefly stood at the forefront of naval technology, the navy dwindled to about fifty rickety wooden vessels by the time Grant left office. His bequest to American sea power was a fleet inferior to the Chilean Navy. That became a diplomatic problem when Washington demanded to mediate an end to war between Chile and its neighbors and Santiago invited Washington to butt out. The upside: so bleak was this dark age that it prompted a naval renaissance in the 1880s.

3. John Adams. As the first U.S. minister to Great Britain, Adams was among the first to warn that the former mother country saw the new republic as an emerging maritime rival. He cautioned that Britain wanted to diminish American sea power even more than it wanted to enhance its own. Adams carried these convictions into the presidency, pushing for the construction of a vibrant fleet to defend U.S. commercial interests in a hazardous world. The famous “six frigates” were completed on his watch, along with plans for 74-gun ships-of-the-line. Alas, his dismal performance in the 1800 election foreshortened the naval project.

2. Theodore Roosevelt. Roosevelt was another president whose interest in sea power predated his ascent to the presidency. Along with Mahan and Henry Cabot Lodge, he was among the coterie of enthusiasts who tried to cajole Americans into building a great navy and expanding U.S. interests overseas. While in the White House, he dispatched the Great White Fleet on its famous world cruise and took a personal hand in battleship design. As Walter Lippmann pointed out, Roosevelt was among the few chief executives who attempted to match expansive foreign commitments with adequate naval means.

1. Franklin Roosevelt. A naval proponent since reading Mahan’s Influence of Sea Power upon History as a teenager, FDR served as Woodrow Wilson’s assistant secretary of the navy and an architect of Wilson’s “navy second to none” during World War I. As president he helped shepherd several navy bills through Congress, culminating in the Two-Ocean Navy Act of 1940 – the law that in effect authorized the construction of a second complete navy. That let the U.S. Navy wage war in both the Atlantic and Pacific during World War II. It also midwifed the two-ocean navy we know today. It’s hard to gainsay such a legacy.

James Holmes is an associate professor of strategy at the Naval War College and co-author of ‘Red Star over the Pacific’, an Atlantic Monthly Best Book of 2010. The views voiced here are his alone.