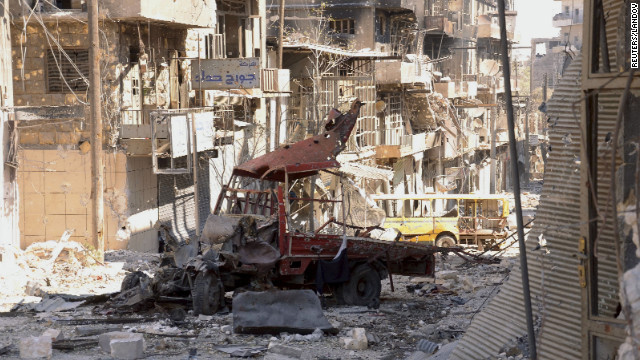 Can FSA leadership be relevant again in Syria?

By Daniel DePetris, Special to CNN

Editor’s note: Daniel R. DePetris is an independent researcher. The views expressed are his own.

For the first time since the Syrian rebellion began, the leadership of the opposition Free Syrian Army is making a concerted effort to unify the dozens of armed factions fighting under its name. The announcement by Colonel Riad al-Asaad, leader of the Free Syrian Army, that the FSA will be relocating its staff headquarters inside of Syrian territory is widely seen as a step in the right direction.  Whether the move will make any practical difference in the fight, however, remains to be seen.

Al-Asaad was once a mid-level commander in the Syrian military, but his defection last year, and his attempt to form a band of former soldiers willing to fight against President Bashar al-Assad’s regime, steadily changed the nature of the conflict. He is often considered by Syrian activists and deserters to be the first really high-ranking commander to flee the Syrian army in protest over the crackdown, and his actions appear to have inspired thousands of conscripts to follow in his footsteps: the FSA now includes more than two dozen former Syrian generals.

Yet despite being the first to stand up to al-Assad’s regime, Riad al-Asaad and his advisers have lost an enormous amount of credibility as the conflict has entered its 19th month. For much of that time, al-Asaad has been safely tucked away at an undisclosed location along the Turkish southern border, guarded by security forces and far removed from the bloody stalemate that has defined the Syrian civil war.

Indeed, it is not the FSA leadership, but the insurgents on the ground that are doing the actual fighting and dying, advancing into new territory at the same time that they are taking losses. As the number of civilian casualties has grown, the rising physical and psychological toll has tested the patience of the FSA battalions and has driven a wedge between the fighters on the front-lines and the senior defectors supposedly leading them.

Technically, al-Asaad is the top commander of the Free Syrian Army. But in actuality, his orders are nothing more than guidelines and suggestions.  Communication between the FSA leadership based in Turkey and anti-al-Assad battalions inside Syria is improving, but remains lackluster. There appears to be no command-and-control in the traditional sense, nor is the FSA a conventional army. Hierarchy is there, but is often not respected.  Even when communication occurs and the FSA leadership issues a command, it is seldom taken as gospel. Instead, local branches of the FSA appear to be making decisions on their own, based on their own circumstances at any given time. Such confusion further undermines any prospect of Western military support to the opposition.

It seems highly doubtful that moving its headquarters from Turkey to Syria will resolve any of these dilemmas for the FSA. Certainly, no doubt sensing that its influence is waning and that the power of local commanders is increasing, the upper echelons of the Free Syrian Army appear to be making a dramatic move to shift closer to the front-lines. The hope is that the independent armed groups pressing the offensive will do more than just listen to their advice. But with the makeup of the civil war shifting fast, the young men dodging bullets and air strikes in the narrow alleys of Aleppo and in the plains of Deir al-Zor may be way out ahead of the FSA.

Topics: Middle East • Syria
Next entry »Flirting with extremism in Tunisia
« Previous entryAnd the best university in the world is...

Click here to cancel reply.
Next entry »Flirting with extremism in Tunisia
« Previous entryAnd the best university in the world is...