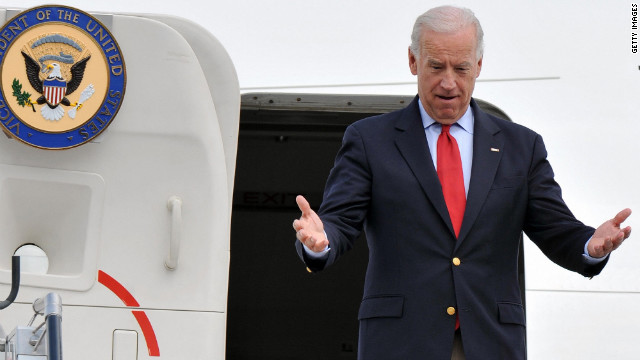 What Biden must do

The conventional wisdom following last week’s presidential debate was that President Obama performed badly. I think that’s a fair reflection of what happened. It is still inexplicable to me why the president was so passive, why he did not bring up issues such as Romney’s 47 percent comment or the auto bailout or explain the popular provisions in the Obama health care bill. But for whatever reason, perform badly he did.

But the lessons for Joe Biden – as he thinks about his upcoming debate with Paul Ryan – derive less from watching Obama than from watching Romney. Romney had one of the best performances I can remember watching in a presidential debate ever – it was punchy, intelligent, empathetic. There is no question there were substantive problems, most notably the fact that Romney’s tax plan simply doesn’t add up – he cannot do a 20 percent tax rate cut while also retaining all the big deductions for most people without massively adding to the deficit. He certainly can’t do it while also promising to maintain Medicare and Social Security as is for current retirees. But Romney was good enough that he was able to convincingly argue that 2 plus 2 equals 5.

Ryan is like Romney in one sense, and this is a very different Republican team to the kind Democrats are used to facing. For the last several decades, the Democrats have been up against Republican politicians who had a certain resonance with the country, but were not really policy wonks. Instead, it was often the Democrats who were smart at policy – it was Democrats who understood the fine details. They would find themselves up against Republicans whose strengths were different – a rhetorical gift or a likeability factor. Think about Ronald Reagan, for example. Or take George W. Bush. Even George H. W. Bush and John McCain seemed inarticulate or uncomfortable when dealing with specific policy issues.

Obama on debate: I had a bad night

This time, you have a Republican ticket that is steeped in public policy – and knows how to articulate ideas. Romney’s entire training in the private sector primes him for these kinds of debates. After all, what do management consultants do? They provide crisp, compelling presentations on what a problem is and what their solution would be.

Paul Ryan, meanwhile, is comfortable with detailed policy discussions and is used to defending his ideas in Congress and in the media and coping with back and forth questioning on these issues.

If Vice President Biden wants to improve on the president’s performance last week and reenergize a dispirited Democrat base, he will need to recognize that the Republican ticket he is facing is quite different – and in this sense better – than virtually any before.

… and 75 years after the assassination of Mahatma Gandhi, I’ll examine how some are trying to assassinate his character.
fareedzakaria

3:31 pm ET February 4, 2023 RETWEET
… can Ukraine retake Crimea? Should the West help it do so? I’ll talk w@general_ben_ben, who says the answer to both questions is yes …
fareedzakaria

3:31 pm ET February 4, 2023 RETWEET
… the US economy keeps getting good news. Is this the “soft landing” many have hoped for? And what do employmentwitter.com/i/web/status/1…oqWL1Lmb
fareedzakaria

3:31 pm ET February 4, 2023 RETWEET
On GPS, at 10am & 1pm ET Sunday on @CNN: Should we have worried so much about the Chinese spy balloon? I’ll ask fortwitter.com/i/web/status/1…kruG
fareedzakaria

3:31 pm ET February 4, 2023 RETWEET
"The Iranian people have changed over the past 44 years. But the Islamic Republic has not kept up." foreignaffairs.com/iran/long-twil…
fareedzakaria