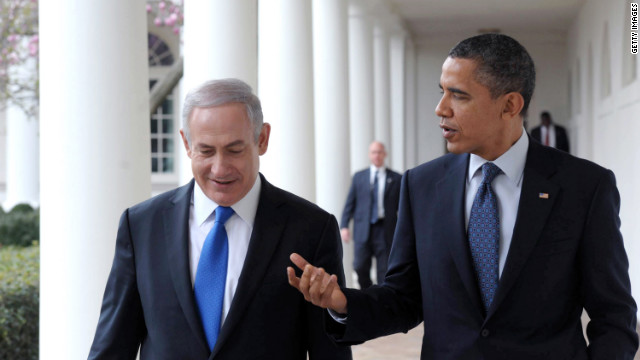 Why U.S.-Israel ties just got warmer

By Jonathan Schanzer, Special to CNN

Editor’s note: Jonathan Schanzer is vice president for research at the Foundation for Defense of Democracies and a former terrorism finance analyst at the U.S. Department of the Treasury. He tweets at @JSchanzer. The views expressed are his own.

The latest round in an endless cycle of violence between Israel and Gaza has culminated in a surprising win for the US- Israel relationship: an apparent renewal of vows between President Obama and Prime Minister Netanyahu.

It’s surprising because the relationship appeared to be at its nadir. It was just a few months ago that editorial pages charged Netanyahu with meddling in U.S. politics, angling for a Mitt Romney victory over President Obama. With Obama having soundly thumped Romney at the ballot box, U.S. relations with Israel appeared due for a four-year winter.

But during this recent conflict, Obama showed Israel his unwavering support. He made no call for Israeli restraint. In fact, his administration barely weighed in as the Israelis destroyed hundreds of targets in Hamas-controlled Gaza.

What’s the likely reason for this surprising rapprochement?  Sudan.

On the night of October 23, four Israeli fighter jets reportedly screamed across the skies over Khartoum and bombed the Yarmouk weapons factory, which belongs to Iran’s Islamic Revolutionary Guard Corps. It didn’t take long to learn that the weapons the Israelis had allegedly targeted – weapons that one Israeli intelligence official describes as “game changers” – were bound for Hamas in the Gaza Strip. Sudan, after all, is a common point of origin for the smuggling routes that carry Iranian weapons up through Egypt, across the Sinai Peninsula, and into Hamas’ labyrinth of underground tunnels.

The alleged raid was one of necessity for the Israelis, but its timing was decidedly inconvenient for Washington – less than two weeks before a presidential election. It also took place on a day when 3,500 U.S. troops were on Israeli soil, participating in a joint military exercise known as “Austere Challenge.”

As in the past, the Israelis denied any knowledge of the attack, and so did the U.S. – although there can be little doubt that senior U.S. officials would have been briefed in advance of the strike. The Yarmouk incident passed with relatively little media coverage. Instead, the U.S. election dominated the airwaves.

Three weeks later, Hamas made the mistake of firing short-range rockets from Gaza into southern Israel. Terrorists in Gaza also fired a guided missile at an Israeli jeep. It is doubtful they could have known what was coming. In the blink of an eye, the Israeli air force deployed fighter jets, helicopters, and drones to attack high-value targets throughout the Gaza Strip. “Operation: Pillar of Defense,” as it was soon named, began in lightning fashion.

At first blush, the Israeli response appeared out of character. Hamas and other terrorist groups in Gaza have fired thousands of rockets at Israel in recent years, but only elicited one full-scale response :Operation Cast Lead in late 2008 and early 2009. Since then, one rocket attack out of Gaza has earned one or two Israeli missiles in return. Sometimes, the Israelis didn’t even bother to respond at all.

From all appearances, it was alarming intelligence pointing to the existence of Fajrs in Gaza that drove the Israelis to mobilize this time, not a handful of short-range rockets. The Israelis appear to have learned that some of these “game-changer” rockets from the IRGC plant in Yarmouk had made their way into Gaza. This was a red line: The Fajr-5 rockets have powerful payloads and ranges long enough to strike Israel’s largest cities, bringing millions of civilians into the crosshairs.

For Israel, Pillar of Defense was not about killing terrorist masterminds like Ahmed Jabari or blowing up Hamas headquarters. Those were ancillary targets. This round of hostilities was actually a hunting expedition for Fajr-5s.

As Israel’s air force methodically struck these rocket sites, one after the next, Hamas realized it was “use ‘em or lose ‘em.” They began — along with Palestinian Islamic Jihad – firing off their Iran-supplied weapons. But even then, the Fajrs hurtled some 50 miles out of Gaza only to be shot out of the skies over Tel Aviv by Iron Dome, an anti-missile system developed jointly by the U.S. and Israel.

The Israelis claim to have destroyed most if not all of the Fajr-5s – about 100, give or take – in the first few days of fighting. Only then, after Israel had destroyed the bulk of the rockets, did Secretary of State Hillary Clinton make any serious effort to pressure Egyptian President Mohammed Morsy into brokering a ceasefire.

In other words, Operation Pillar of Defense bears unmistakable signs of close coordination between Netanyahu and Obama. And while the White House may not admit it in public, Netanyahu appears to have done everything in his power to ensure that Israeli military operations did not get in the way of Obama’s bid for reelection.

If anything, Netanyahu may have put off striking the Fajr-5s until well after the election, even if it put his own population at risk.

Of course, Obama and Netanyahu may yet come to loggerheads over when and whether to attack Iran’s nuclear sites. Even before that, Obama may demand the Israelis return the favor, either by asking anew for a settlement freeze, or even pushing Netanyahu to forgive PLO chief Mahmoud Abbas’ unilateral theatrics at the United Nations tomorrow.

But, for now, Pillar of Defense has resulted in a surprising new understanding between two leaders who have struggled to find common ground. And that’s a victory for the U.S.-Israel relationship.