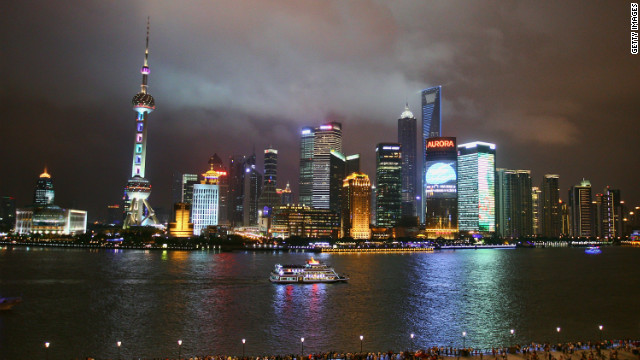 It turns out the Mayans were wrong about the end of the world. Planet earth survived 2012 and is now about to embark on yet another revolution around the sun. But let’s cut the Mayans some slack: they were, after all, projecting thousands of years into the future.

My task is easier. What will the next twelve months look like? What changes are in store for the world of politics and economics?

Asia, with more than half the world’s population, has already begun to usher in 2013. So let’s begin there.

The most consequential developments will take place in China. Xi Jinping will assume the presidency in March. But as the Communist Party’s leader, he is already the most powerful person in the country. How will he lead? The early signs are promising. After his election, Xi’s first official visit outside Beijing took him to Shenzhen. It was a carefully considered choice. Shenzhen is a “special economic zone” – a poster child for China’s economic reforms. While there, Xi made a point of laying a wreath at a bronze statue of Deng Xiaoping, the architect of China’s fiscal reforms in the 1980s. The symbolism was clear: it is time once again for a bend in the road.

China has enjoyed double-digit growth for much of the last two decades, powered by the state’s streamlined vision, cheap labor, and competitive exports. “To get rich is glorious,” said Deng. The pursuit of wealth has led to the creation of a middle class country with middle class demands: China is now a nation of consumers. These consumers increasingly demand more freedom, and less corruption. Beijing’s new leaders may need to make concessions to these demands. After a series of damaging revelations about corrupt officials, China’s new leaders will make public attempts to crack down on graft. They will also mull over what to do about their graying constituency. Decades of the one-child policy have ensured that China will be one of the rare few countries to grow old before it becomes rich. It therefore faces a demographic crisis: more men than women; more old men than young men. Is there anything Beijing can do to prevent it from becoming the next Japan? After months of guessing and posturing, 2013 will finally reveal what China’s new leaders have in store.

While it’s difficult to predict how much China’s economy will reform, you can certainly expect Beijing’s foreign policy to continue its muscle-flexing and assertive course. Put simply, it is good politics. Stoking nationalist sentiments has immediate payoffs.

Perhaps the more worrying link in this chain is Japan. In electing the staunchly nationalist Shinzo Abe as prime minister, Japan’s dispute with China over the Senkaku (or Diaoyu) islands could escalate. But I’m going to stick my neck out and say that Abe is more likely to focus on the economy in 2013. Japan’s growth is sputtering; its population is aging rapidly. Abe’s real mandate is to fashion an ambitious fiscal stimulus to jumpstart the economy. He’ll know it’s his only chance to stay in power: Japan, after all, has now had 17 prime ministers in the last 23 years. Japanese want a sunny economy – not war with their much bigger, more powerful neighbor.

What will 2013 bring for Asia’s third-biggest economy? The fiscal story from India in the last twelve months has been fairly dismal. Growth fell to 5.3 percent and the rupee declined to a record low. Yet those reverses may have opened the door for a revival. New Delhi’s reform-minded prime minister, the economist Manmohan Singh, finally mustered the political courage to launch a set of reforms that will encourage foreign investment, competition, and growth. (Although as always with India, politics may yet get in the way). My prediction is that better sense will prevail.

An easier forecast to make is what will happen to India’s neighbors: both Pakistan and Bangladesh have elections scheduled for 2013. In Pakistan’s case, a peaceful handover of civilian power would mark the first such instance in the country’s history. The usual suspects are in play to replace President Asif Ali Zardari – former Prime Minister Nawaz Sharif and the popular former cricketer Imran Khan. Neither of them is likely to be as reliable an American ally as the incumbent.

Elsewhere in Asia, there will be bright spots, especially for the economy. The World Bank’s latest estimates point to rises across the continent. Indonesia, the Philippines, and Malaysia will continue to impress.

Don’t forget Myanmar. 2012 saw it go from international pariah to being courted by multinational companies as the next frontier of growth. It proves a couple of things about international relations: sanctions do work; and there is now a realistic path for other isolated states to follow. If an authoritarian regime is willing to open up and allow democratic ideals to grow, the world tends to welcome it back into the international fold. Are you listening, North Korea?

2013 will be Asia’s year. Its countries will lead global growth and its people will rise as consumers. Singapore’s Kishore Mahbubani points out that while 500 million Asians enjoyed middle class standards in 2012, that number will rise to 1.75 billion by 2020. That single statistic will change the way the world sees Asia – and the way Asians will impact the world.

Topics: 2013: What's Next? • Asia • China • India • Japan
Next entry »What the U.S. can learn from Mexico
« Previous entryTalking tough decisions

Next entry »What the U.S. can learn from Mexico
« Previous entryTalking tough decisions