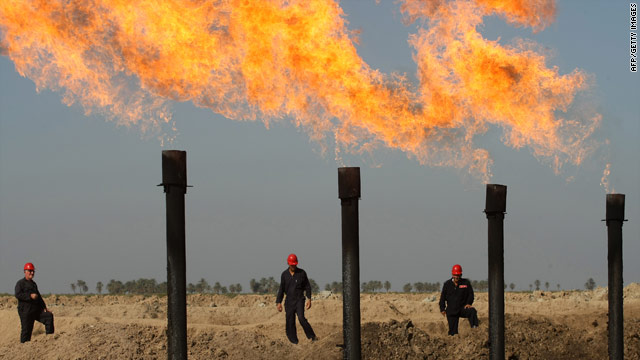 The Arab Spring was a series of seismic, historic events. But 2012 shows the term itself is no longer a useful description. Spring implies a summer and a winter to follow – neither season is an apt adjective. And can we really club the Arab world together under one banner? Each country has undergone its own revolution and is moving on its own divergent trajectory. That trend will accelerate in 2013.

Economists point to one factor that influences countries in the Middle East and North Africa above all others: oil. Consider that of all the regimes to fall during the Arab revolutions of the last two years, not a single one was an oil exporter. Petro-states have the funds to keep their people satisfied. So I was surprised when I looked at the International Monetary Fund’s latest growth outlook. It projects that the region’s oil exporters (Iran, Saudi Arabia, Algeria, United Arab Emirates, Qatar, Kuwait, Iraq) will have grown by 5.3 percent in 2012. Oil importers (Egypt, Morocco, Tunisia, Sudan, Lebanon, Jordan) will have grown only 1.2 percent. But come 2013, that disparity will shift. The IMF projects that oil exporters will slow to 3.8 percent growth while oil importers will speed up to 3.3 percent growth.

A number of factors are in play. Leaders of oil-rich states may have survived a period of political turmoil by throwing money at the problem, but they now have to deal with budgets full of unsustainable subsidies and wage bills. They are also hostage to global oil prices like never before – they need crude to sell for record highs simply to break even. While crude oil averaged above $100 a barrel in 2012 (the highest such average in history, even when adjusted for inflation), sluggish global growth could result in a fall in 2013. That could have dramatic implications for a number of countries. Perhaps Bahrain, maybe Kuwait, possibly even Saudi Arabia – it would not be a huge surprise if one of these countries were to experience some of the protests they have so far been able to stave off.

More from CNN: What's next for Syria?

Two countries especially will have an important year. Most seasoned analysts expected Syria’s Bashar al-Assad to fall in 2012. He remains defiant. But tens of thousands of deaths later, it seems global opinion is coalescing around the need for an intervention of some sort. Even Moscow’s support for al-Assad has wavered. 2013 will see tumultuous change in Syria, but who or what will replace the current status quo is, frankly, still an utter mystery.

The other country that will have another turbulent year is Egypt. One big change we could see is in the way people protest. Demonstrations in Tahrir Square led to Hosni Mubarak’s ouster; but to shape the direction their new government heads in, Egyptians will need to do more than just protest – they’ll need to get involved in finding solutions to Egypt’s problems.

And what of the two larger – and enduring – political questions of the region? The Israeli-Palestinian issue (at least, up until the last couple of months) and Iran’s nuclear ambitions have lost some prominence, perhaps in part because of the magnitude of the Arab revolutions. But 2013 will see these two issues back on the front pages because of leadership changes. Israel will hold elections this month; Prime Minister Benjamin Netanyahu will likely win once again, but watch the coalition numbers closely to see how he will interpret his mandate. Iran, meanwhile, will say goodbye to President Mahmoud Ahmadinejad in June. His replacement will almost certainly be a less bombastic and combative leader. Expect someone much more pliant to the mullahs.

Iran’s year will not simply be electoral change; it is not far fetched to imagine populist resistance against the regime. Perhaps never before in the history of the world have so many countries colluded to sanction one state – on trade, travel, politics, finance – to such devastating effect. The great question of Iran’s 2013 election will be this: will Iranians blame their fiscal predicament on their own leaders, or on the rest of the world? The answer to that question will be one of the most intriguing issues of the year.