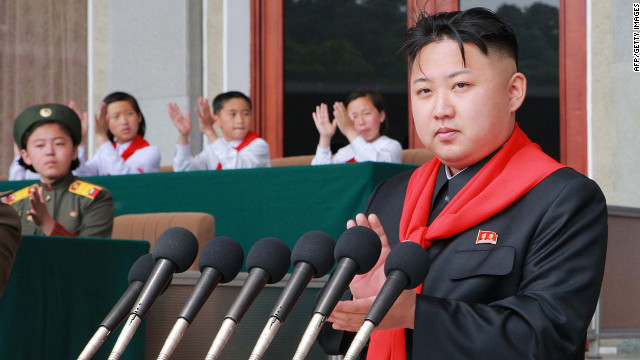 By Charles Armstrong, Special to CNN

Editor’s note: Charles Armstrong is the director of the Center for Korean Research at Columbia University. The views expressed are his own.

Anyone who has followed North Korean affairs for the last several years (or the last two decades) could have predicted North Korea’s defiant response to the U.N. Security Council resolution this week condemning North Korea’s rocket launch last December and strengthening international sanctions against Pyongyang. But it should also be clear by now that while carrots only occasionally deter North Korea’s provocative behavior, sticks – whether in the form of sanctions or threats of military action – only make North Korea defiant and more bellicose.

In 1994, the first time the United States proposed taking the North Korean nuclear question to the United Nations, North Korea announced that any impositions of U.N. sanctions would be considered “an act of war.” In 2006, and again in 2009, North Korea responded to U.N. sanctions not by giving up missiles and nukes, but ratcheting up the rhetoric. In the past, promises of security and economic aid have persuaded Pyongyang to freeze or reduce its missile and nuclear programs: North Korea halted its plutonium program for eight years following an agreement with the United States in 1994, adhered to a voluntary moratorium on missile tests from 1998 to 2006, and shut down its Yongbyon nuclear reactor in 2007 as part of a multilateral agreement. The record may not be terribly encouraging, but carrots do occasionally work.

Much has been made of the fact that North Korea this week directed its threats specifically against the United States (before issuing a warning to South Korea earlier today), calling America its “sworn enemy” and claiming that its would “target” the United States with its weapons. But this too is nothing new. North Korea has for years denounced America’s “hostile policy” toward Pyongyang and has long insisted that its nuclear program is designed to defend the country against an American attack. North Korea’s ability to strike American territory with missiles is questionable, and North Korea almost certainly lacks the technological capability to mount a nuclear weapon on a missile. Neither side is willing to back down, but threats and sanctions are unlikely to resolve the key issues dividing them.

For the past year, the North Korean regime has been focused on internal power consolidation under the leadership of Kim Jong Un. Part of Kim’s legitimacy rests on claims of a robust national defense, including nuclear weapons. North Korea seems determined to be recognized as a nuclear power, something the United States and other countries have said repeatedly is unacceptable. But it seems there is little anyone can do to prevent North Korea from developing its nuclear program, including conducting a third nuclear tests (after the ones in 2006 and 2009) in the coming weeks or months. The latest sanctions announced by the United Nations may look robust on paper, but without enforcement – above all by China, North Korea’s most important economic partner – sanctions have no teeth. So far, Chinese enforcement of U.N. sanctions has been tepid at best, as China prefers to keep North Korea economically viable rather than risk instability on its border.

Kim Jong Un has also talked about improving North Korea’s moribund economy and hinted that he would move the country in the direction of reform and opening. Google CEO Eric Schmidt’s visit to Pyongyang earlier this month could point the way for North Korea to come out of its shell and join the global economy. The visit was criticized by the U.S. State Department, and doesn’t seem to have produced anything of significance so far. But the very fact that North Korea allowed the visit suggests Kim Jong Un is interested in bringing modern technology to his country, to improve the state of the North Korea economy through connections with the outside world.

The dilemma, though, is that North Korea can only embark on serious reform from a condition of what it considers absolute security, in which neither the leadership nor the country as a whole is threatened by hostile outside forces. Unfortunately, the quest for security and the desire for economic improvement have been in contradiction for some time. A genuine opening could unleash political and social changes that threaten the legitimacy and stability of the regime, while the path of security through nuclear deterrence and missiles have led time and again to confrontation and renewed isolation.

So, where do we go from here?  The United States and the United Nations have little choice but to impose sanctions in response to North Korea’s actions, which clearly violate earlier sanction conditions. But it is hard to see how such sanctions can deter a determined and defiant North Korea, especially if the sanctions are not rigorously enforced. The best we can hope for is that the latest confrontation will finally bring all sides together – including both Koreas, the United States, China, Russia, and Japan – to solve this issue.

Diplomacy, not threats or sanctions – and certainly not military action – is the only viable path to resolution.