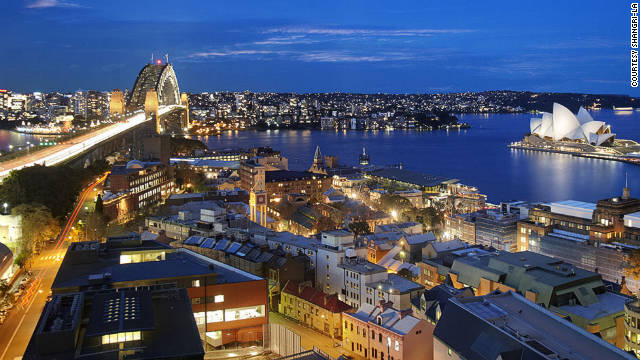 The misuse of our gun crime stats

By Michael Brown, Special to CNN

Editor’s note: Michael Brown is an Australian astronomer and senior lecturer at Monash University who lived in the U.S. from 2000 until 2006. He regularly writes for The Conversation website, where another version of this article appeared. The views expressed are his own.

I had a stark introduction to gun violence when I moved from Australia to Tucson, Arizona 12 years ago.

As I walked to my hotel room one evening, I passed some young people apparently holding a party in another room. They seemed mostly harmless, and I acknowledged them with a “g’day.” A short time later, I heard a car pull up, followed by the sound of gunfire and screaming. The next morning I saw police tape and markers in the car park. There were bullet holes in a drainpipe and one of the walls. Another guest told me someone had been hurt by a stray bullet, but I couldn’t be sure as there was no sign of the story on the local news.

For me, this said much about gun violence in the United States, and how much of it happens without making headlines. But as America grapples with how to respond to the Sandy Hook massacre, many Americans have been looking overseas to see how other nations – including my home country – have responded to similar events. The problem is, certain interests in the U.S. are not being completely honest about what they are seeing.

More from CNN: Quick change is possible on gun control

As the debate over gun control takes center stage in America following the killing of 20 young children, it is perhaps not surprising that one place analysts have turned to for ideas is Australia. After all, the two countries have much in common. We are both wealthy, English-speaking democracies. We watch the same films and play the same video games. But when it comes to gun violence, we are two very different nations.

In 1996, 35 people were murdered at Port Arthur, in the Australian state of Tasmania. In response, the conservative government of John Howard (with bipartisan support) introduced a series of comprehensive reforms including tightened licensing and restrictions on the types of weapons that could be owned. Since the laws were introduced, the rate of gun ownership in Australia has dropped from roughly 1 in 15 adults to 1 in 20 adults.

Many factors can influence gun violence, so the impact of the Australian reforms is oft debated. However, one thing is clear – the number of firearm homicides and firearm suicides has dramatically decreased. The Australian homicide rate is only 1.2 per 100,000 people, far lower than the American homicide rate of about 5 per 100,000 people. Firearms are used in less than 15 percent of homicides in Australia, compared with 67 percent of homicides in America.

Remarkably, though, some gun advocates in the U.S. argue that Australian gun laws have actually increased crime. It’s a strange claim considering the reality of the statistics. And on closer inspection of the numbers it is clear that gun advocates are engaging in some statistical sleights of hand, including the cherry picking of data.

For example, NRA News reported statistics from the Australian state of New South Wales suggesting that “in the inner west, robberies committed with firearms skyrocketed more than 70 percent over the previous year.” Rather than giving the national trend over many years, NRA News chose one part of one city in one state over just a two year period. In contrast, robberies using firearms across Australia have declined from more than 1,500 cases per year in the 1990s to 1,100 per year.

Another approach is diversion. When the most relevant statistic gives the “wrong” answer, switch to a less relevant statistic that gives the “right” answer. Joyce Lee Malcolm appeared to use this approach in the Wall Street Journal when she wrote recently, “in 2008, the Australian Institute of Criminology reported a decrease of 9 percent in homicides and a one-third decrease in armed robbery since the 1990s, but an increase of over 40 percent in assaults and 20 percent in sexual assaults.”

The implication is clear, but misleading as many factors drive reported crime rates. Crucially, guns are used in less than 1 percent of assaults and sexual assaults in Australia, making firearm use almost irrelevant to these crimes. Was gun ownership a deterrent? This is also difficult to argue, given over 90 percent of Australians didn't own guns before or after the reforms. The aforementioned decline in firearm homicide, firearm suicide and mass shootings are surely more compelling.

Sometimes, advocates simply invent statistics. One infomercial claims, “[Australian] gun murders increased 19 percent.” This is simply wrong – firearms are now used less in robberies, homicides and kidnappings than they were in the 1990s. Yet even after then-Australian Attorney General Daryl Williams complained to the NRA over the infomercial, no action was reportedly taken, and anyone viewing it today is likely to be unaware of this gross factual error.

What is really going in Australia? Homicide and suicide rates generally have declined since the 1990s, but firearm deaths have fallen even more dramatically. And while they were anyway rare events, there hasn’t been a mass shooting in Australia for more than a decade.

Yes, the exact impact of the Australian gun laws is still open for debate. But claims that they may actually have increased crime are pure deception. Gun advocates make these misleading statements knowing they will rarely be called on it by the media. Unfortunately, this says far more about the partisan debate in America than the reality in Australia.

Topics: Uncategorized
Next entry »Evolution vs revolution in Middle East
« Previous entryWhy it pays to be nice