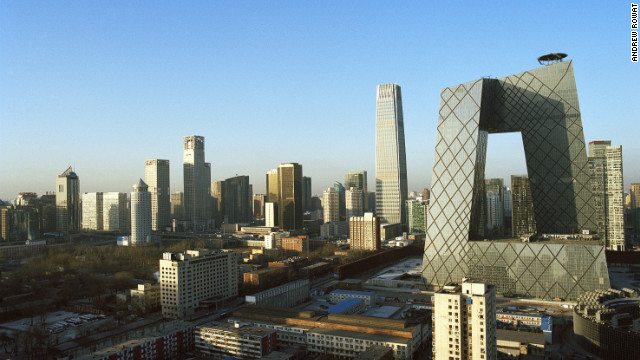 By Ying Zhu, Special to CNN

Editor’s note: Ying Zhu is professor and chair of the Media Culture Department at City University of New York-College of Staten Island and author of ‘Two Billion Eyes: The Story of Chinese Central Television.’ The views expressed are the writer’s own.

It’s been almost a year since the U.S. outpost of China Central Television (CCTV) launched under much scrutiny. So far, though, it hasn’t made much of a splash. Most Americans have never heard of CCTV, and those that have probably assume that it is the mouthpiece of the Chinese Communist Party. And, in a sense, they are on to something.

Founded in 1978 and funded initially by the Chinese government, CCTV is very much state-owned and controlled. It is supposed to be like public TV – think PBS or Britain’s BBC – because of its public service mandate. But it is also financially self-reliant like commercial networks such as CNN or NBC. And, just as U.S. cable networks compete fiercely for ratings and revenues, if a CCTV show fails to attract viewers, it gets cut.

But the commercial underpinnings of CCTV shouldn’t disguise the fact that CCTV is ideologically driven, and its U.S. arm is the latest effort by the Chinese government to try to project the country’s soft power. As a result, for CCTV-America, ratings and revenues are secondary to a higher calling: polishing the image of China.

Last December, CCTV took out a one-page ad in the New York Times, pronouncing, “The world has changed China. And China is now changing the world.” And while it is unclear how much cash CCTV-America has at its disposal, its reportedly competitive salaries have persuaded a number of high-profile Western journalists to join it.

So why has the channel struggled to make a breakthrough here?

For a start, there appear to be limits on controversial news that deviates from the Communist Party script, meaning it can get left behind when Western outlets are covering major news that could embarrass China’s leaders.

For example, when The New York Times published a story about the staggering wealth that had allegedly been accumulated by the family of outgoing Premier Wen Jiabao, CCTV-America was silent on the issue. And when Bloomberg ran a report about the multi-million dollar assets allegedly held by the extended family of incoming President Xi Jinping, CCTV-America remained tight-lipped.

Perhaps in part to avoid such sensitive political issues, reporting by CCTV-America is skewed towards economic and financial news. True, it doesn’t shy away from big political news around the world – except, of course, when that news is taking place in China.

When it does cover big political stories in China, it provides no enticing revelations beyond the Communist Party line, meaning the channel missed out on some decidedly juicy ratings fodder last year, as controversy swirled around corruption and behind-the-scenes power struggles. And at a time when foreign correspondents say they are finding it increasingly difficult to secure visas to report from China, Beijing is missing an opportunity to help the rest of the world understand it.

This reality encapsulates the difficulty that CCTV-America finds itself in – how can it build international credibility while ignoring major stories about China that are being talked about by mainstream U.S. media?

CCTV-International was established a decade ago to emulate CNN’s 24-hour open platform of news production, and Chinese officials no doubt hoped that the expansion of CCTV-International would see the channel become something akin to an Asian version of Al Jazeera, bringing alternative voices to an international audience. But while CCTV can be accessed on cable and satellite around the globe, CCTV-America is falling short of its hopes of providing compelling alternative narratives about China.

CCTV might have aspirations to playing in the same pond as the likes of CNN and the BBC. But unless officials loosen their editorial grip, CCTV will remain gasping for air – and grasping for an attractive identity – in an increasingly competitive international market.

Topics: China
Next entry »Can Turkey seize the ‘Kurdish card’ for itself?
« Previous entryEvolution vs revolution in Middle East

Next entry »Can Turkey seize the ‘Kurdish card’ for itself?
« Previous entryEvolution vs revolution in Middle East