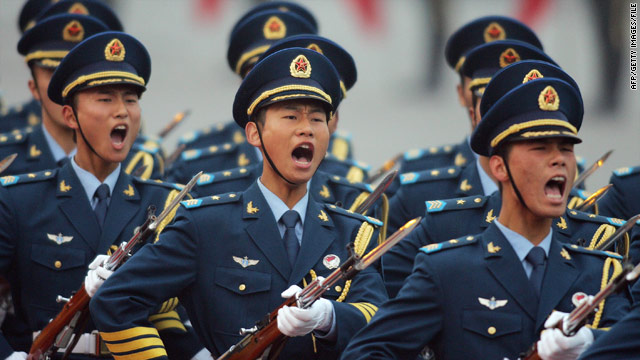 Will Japan and China go to war?

Editor’s note: James Holmes is an associate professor of strategy at the Naval War College and co-author of ‘Red Star over the Pacific’. The views expressed are his alone.

As tensions rise in Japan’s dispute with China over ownership of the Senkaku/Diaoyu Islands, some might wonder if a spontaneous outburst of violence could pull in the United States, which is treaty-bound to defend Japan. Such an outcome seems doubtful, but it is by no means unimaginable. After all, such skirmishes have certainly been legion. Remember the North Korean seizure of USS Pueblo in 1968, aerial combat between U.S. and Libyan jets over the Gulf of Sidra in 1981, or any number of close encounters between U.S. and Soviet forces during the Cold War. None led to war. From this it’s tempting – and comforting – to conclude that icy rationality always trumps the passions of the moment. On the other hand, this might be one of those statements that’s only true until it’s not.

Great thinkers strike a sobering note on the balance between rationality – cost/benefit logic driven by quantifiable interests – and strong emotions. Prussian military theorist Carl von Clausewitz declares that the value a society attaches to its political goals dictates how many resources – lives, hardware, treasure – it will expend to obtain those goals, and for how long. Once the costs come to exceed the value of the goals, it’s time to sue for peace on the best terms possible. Sounds simple, right? Just run the numbers, and you know when to go to war and when to get out.

But not so fast, my friend! as ESPN football commentator Lee Corso likes to exclaim. Clausewitz also points out that passions like rage and spite suffuse international conflict and war. And one-upsmanship gives rise to escalatory dynamics as each antagonist tries to outdo the other. The result: competitive enterprises unfold by their own unpredictable logic, not by the linear cost/benefit analysis familiar to us from everyday life. Events are fluid.

More from CNN: Why Asia is arguing over its islands

Nor is this a new insight. Classical Greek historian Thucydides proclaims that fear, honor and interest impel states’ actions. Scottish Enlightenment philosopher David Hume elaborates. “Interest and ambition, honor and shame, friendship and enmity, gratitude and revenge,” writes Hume, “are the prime movers in all public transactions; and these passions are of a very stubborn and intractable nature...” Not-strictly-rational motives influence or even drive human endeavors.

Last summer, following an event at the French Institute of International Relations, a.k.a. Ifri, a perceptive French gentleman asked me whether there’s a pecking order among fear, honor, and interest. With no glib reply at the ready, I answered that there is. Honor stands above, or rather pervades, fear and perceptions of interest. It’s the meta-motive behind human deeds. Think about it. Fear of losing face molds actions worldwide, but particularly among Asian peoples. Such elemental motives shape Clausewitzian cost/benefit calculations. They could prompt claimants to small yet symbolic objects – such as flyspecks on the map of Asia – to invest lavishly in those objects.

Or, what are the objective units of measurement for the value of some political objective? There are none. The intangibles of which Thucydides and Hume wrote so eloquently color subjective judgments. To Western eyes, Beijing or Tokyo might appear to radically exaggerate the importance of the Senkakus. The rivals might be prepared to devote seemingly outsized military resources to wresting away, or holding, the archipelago. This is especially true of China’s leadership, which evidently wants to establish the principle that China can amend postwar settlements, the law of the sea, and indeed the Asian order by fiat. Denying that principle could in turn ratchet up the stakes for Tokyo – and entangle the United States in a maritime war.

In short, the dispute is not as whimsical as it looks from North America. A commonplace, and worthwhile, analogy to consider is the assassination of Archduke Franz Ferdinand in Sarajevo in 1914. Writing in the Financial Times last week, Gideon Rachman draws the comparison. Here’s my take. Gunman Gavrilo Princip indeed lit the fuse for World War I, but it was a fuse with a slow burn. European capitals debated going to war for weeks before the guns of August blazed forth. In no way did momentary passions override cost/benefit calculations to precipitate a European maelstrom. As the late John Keegan wrote, simple goodwill could have averted war in 1914.

My guess is that a similar pattern will govern events in the East China Sea. The claimants won’t yield to emotion following a skirmish. They can manage their disputes, improving on the 1914 precedent. But never say never when decision times are compressed, uncertainty runs high, options narrow, and leaders publicly vow to obtain certain goals. If crises were predictable, they wouldn’t be crises.

Topics: China • Japan
Next entry »What we're reading
« Previous entryWhy Nordic nations are a role model for us all