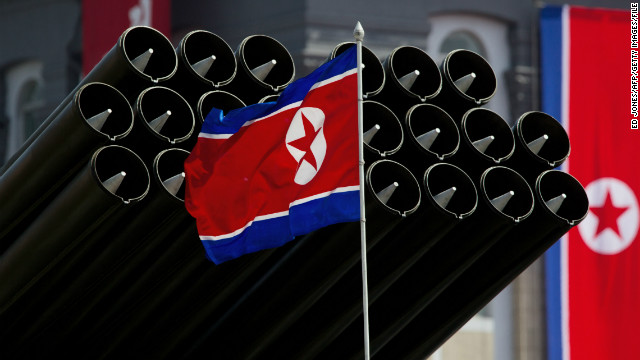 Time for U.S. to disengage from North Korea crisis

By Doug Bandow, Special to CNN

Editor’s note: Doug Bandow is a senior fellow at the Cato Institute and a former special assistant to President Ronald Reagan. He is the author ‘Tripwire: Korea and U.S. Foreign Policy in a Changed World.’ The views expressed are his own.

Pyongyang has dismissed international criticism of its third nuclear test, claiming to be responding to “outrageous” American hostility.  The proper response from Washington is a yawn.

The so-called Democratic People’s Republic of Korea has long been an international black hole. Totalitarian, impoverished, belligerent, irresponsible. Yet, while a wreck of a country, it has managed to confound its neighbors and the United States.  Despite years of hope that it would either collapse or reform, the Kim dynasty staggers on, a system of monarchical communism seemingly immune to a changing world.

The nuclear test is the latest blow to hopes that Kim Jong-un, the son of Kim Jong-il, heralds a new era of modernization. But this week’s events should not surprise anyone. North Korea doesn’t work for most North Koreans. But it works well for the elite. Its members have little incentive to change. And while it might be nice to rule a wealthier, more powerful nation, opening up the political system risks leaving apparatchiks not only out of power, but hanging from lampposts.

The events of the last year demonstrate that North Korea intends to be a nuclear state. That doesn’t mean that Pyongyang might not be willing to deal – for instance, on future bomb-making and proliferation. However, the United States, its allies, and the North’s neighbors all should be thinking about how to deal with a nuclear North Korea.

Ultimately, though, it should be evident that Kim & Co. really aren’t Washington’s problem. The North directs much of its ire at the United States, but America is a target only because Washington is intimately involved in the Korean Peninsula.  Absent an alliance with South Korea and U.S. forces on station, North Korea would care as much about America as about Europe.

More from GPS: Running out of tools for North Korea

Washington should step back from the Korean imbroglio. The U.S. commitment was forged during the Cold War and was necessary to prevent the Republic of Korea from being swallowed by a North backed by Mao’s China and Stalin’s Soviet Union. That world is long gone. Neither China nor Russia would back the North in war, and South Korea far outranges the North on most measures of national power. With twice the population and 40 times the GDP, the South could build a military of whatever size is necessary to deter Pyongyang. Maintaining 28,500 Americans on the peninsula makes no sense for the United States

Detachment would allow Washington to rethink its approach to both North Korea and China. Today, the United States subsidizes allies that it keeps almost wholly dependent. The Korean War ended six decades ago, but American generals still formally command the South Korean forces. A bilateral treaty limits the range and payload of South Korean missiles. Work on a nuclear weapon by President Park Chung-hee, father of the incoming South Korean president, was suppressed by Washington. America has fostered similar dependence in Japan.

Unfortunately, this policy has left prosperous and potentially powerful states vulnerable to threats from the North, another army with a country, as Prussia once was known. Antiquated security commitments have also kept America entangled, facing the risk of war because of miscalculation or mistake thousands of miles away.

The nuclear “umbrella” over South Korea and Japan is particularly problematic. Although advanced in the name of nonproliferation, this guarantee risks making Northeast Asia safe for nuclear-armed bad guys who can be contained only by an America prepared to risk Los Angeles for Seoul or Tokyo. Washington should begin contemplating, within earshot of Beijing, getting out of the way of its allies if the North continues to develop nuclear weapons. The message to China should be: if your client state continues its present course, you may face a nuclear-armed Japan. If that happens, blame your buddies in Pyongyang.

At the same time, administration officials should huddle with their counterparts in Seoul and Tokyo to develop a comprehensive approach to the People’s Republic of China to encourage it to apply real pressure on the North to moderate its behavior. For instance, the allies should promise not to take geopolitical advantage of a North Korean collapse – most important, not to station U.S. troops in a unified Korea. Offering positive inducements while sharing the nightmare of a nuclear North Korea might move China to act.

Finally, Washington should seek to create the possibility of future dialogue. The U.S. could offer to open limited consular relations, lift travel restrictions, and relax economic sanctions. But there should be no frenzied negotiations, no strenuous effort to reach another agreement trading aid for something or other. Rather, the objective should be to encourage more normal contacts if Pyongyang desired. Washington should explain that the process eventually could lead to something more, but that would depend on the North behaving as a more normal nation.

North Korea’s latest nuclear test is unfortunate, but not unexpected.  Washington should offer a muted reaction, while disengaging from the permanent crisis known as North Korea. So far, allied policy has unfortunately failed at almost every turn.