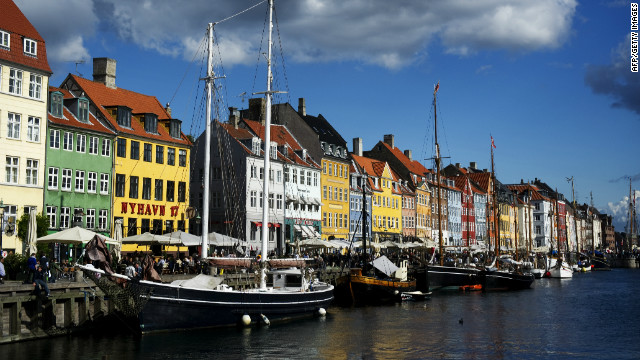 By Fabrizio Tassinari and Mona Kanwal Sheikh, Special to CNN

Editor’s note: Fabrizio Tassinari is Head of Foreign Policy Studies at the Danish Institute for International Studies. Mona Kanwal Sheikh is a post-doctoral researcher at the same institute. The views expressed are their own.

It may have escaped most people’s attention, but Denmark is in the midst of a clash of civilizations. And while it may not be an actual war, the perceived fight among some Danes is hardening the lines of conflict between Islam and the West.

It all started a few weeks ago, with a failed attempt to kill one of the country’s staunchest critics of Islam, Lars Hedegaard. Despite the fact that there still is no trace of the gunman, and that the police have not yet established the motive behind the incident, politicians from across the political spectrum, including Prime Minister Helle Thorning-Schmidt, quickly framed the tragic attack as a possible blow against the principle of freedom of expression.

Last Thursday, in a hastily arranged meeting at the country’s parliament, influential politicians and opinion makers echoed the view that free speech is under siege and needs to be defended.

As was the case during the “Cartoon Crisis” in 2006, the tone and substance of the debate in Denmark places the country at odds with much of the West. And it might have troublesome spillover effects for the rest of the world.

But even before the 2006 furor, which centered around the publication in the Danish daily newspaper Jyllands-Posten of a number of cartoons depicting the Prophet Muhammad the previous year, there was intense debate in the country over free speech and Western values. Indeed, soon after conservative Prime Minister Anders Fogh Rasmussen took power in November 2001 he reportedly called for a “cultural struggle” against the “arbiters of taste.” This agenda, adopted by the anti-immigrant Danish Peoples party that supported his government, quickly morphed into one emphasizing the need to speak “bluntly” against the alleged dangers of Muslim immigration and Islam.

The publication of the cartoons took up the narrative that Denmark was gripped by self-censorship, prompting violent demonstrations throughout the Middle East and Asia that left dozens dead and hundreds more injured.

What has made Denmark peculiar in all this is how the mainstream discourse on free speech is firmly occupied by conservative, often missionary sounding, voices urging the country to defend this crucial “Western” value from the attacks of religious fundamentalists. Those espousing more moderate positions, even those embracing free speech but advocating tolerance and delicacy, have long been on the defensive.

This contrasts with the response in much of the West following the uploading to YouTube of the controversial video “The Innocence of Muslims’ in the United States. The video sparked angry protests throughout the Muslim world. But in this case, the response from Western leaders was generally balanced as they tried to contain the fallout. Catherine Ashton, the EU’s foreign policy chief, even wrote a joint statement with the Organization for Islamic Cooperation and the Arab League condemning “any advocacy of religious hatred that constitutes incitement to hostility and violence.”

“While fully recognizing freedom of expression” they wrote, “we believe in the importance of respecting all prophets.”

Unsurprisingly, the response in Denmark had an altogether different tone, reflected in an opinion piece by a Danish commentator in the Wall Street Journal who argued that the EU statement showed that “Europe [had] abdicated moral leadership” and that “liberal democracies now don't even want to put up a fight” on free speech.

The problem with all this is that even if the attack on Hedegaard proves to have been ideologically-motivated, the tendency in Denmark to present each and every incident as demonstrating that Western values are existentially threatened only confirms the worldview of fundamentalists who themselves argue that we are engaged in an ideological war. Instead of rejecting this view, as they should, free speech radicals play right into fundamentalists’ hands.

But the anti-Islam movements working under the banner of free speech and the mainstream political parties’ uncritical embrace of this ideological free speech agenda is part of more profound paradox. Long admired as one of the most inclusive regions in the world, Scandinavia has witnessed a backlash against globalization and especially immigration, nurturing the emergence of some of the best organized populist movements in the West. Interestingly, even as Danes have been debating the attack on Hedegaard, authorities in neighboring Norway arrested a man for threatening to attack the country’s parliament. The arrested man is reportedly a member of an European anti-Islam movement founded by a Dane.

So what should we take away from all this? If the Danish experience teaches us anything, it is that turning free speech into an ideology is a dangerous development that serves only to foster conflict. Moderate politicians the world over have a daunting task in trying to counter a black and white view of the world that sees conflict around every corner. If they fail, we must be prepared for endless reruns of the Cartoon Crisis – or worse.

Topics: Immigration • Islam
Next entry »How we could stop a meteor hitting Earth
« Previous entryInside a Yemeni museum