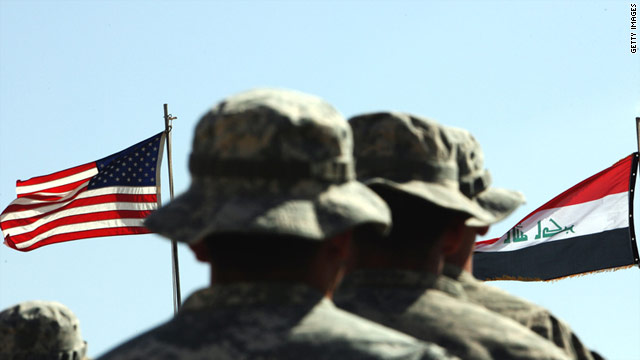 5 lessons of the Iraq war

The American public has lost interest in the Iraq war. A topic that was at the center of the national political debate is now barely mentioned in passing. The country has decided to move on, rather than debate whether the war was worth it - though for the vast majority of Americans, the answer to that question would be a decided, “no”.

Yet, it was the most significant military conflict that the United States has been in since the Vietnam War, and so it is worth asking – ten years after it began - what lessons might be learned from the war, aftermath, and occupation. Here is my list:

Bring enough troops. The Bush administration chose to go to war with Iraq in a manner that would make it relatively easy politically. It drew up plans for a small invading army and insisted that the costs would be minimal – silencing those within and without the Pentagon who suggested otherwise. In the first phase of the war, toppling Saddam’s army, the plan worked fine. But as the mission turned from invasion to occupation, the military’s “light footprint” proved to be a deadly problem. Iraq moved quickly towards chaos and civil war, under the eyes of American troops who could do little to prevent it. The lesson of the Balkans’ conflicts in the 1990s had been to have a much larger force, by some calculations four times larger than the United States had in Iraq. But that lesson was not learned in 2003. The next time, if it’s worth going to war, it’s worth staffing it properly.

Don’t tear down the state. In the first months of the occupation, the United States disbanded the Iraqi military, sanctioned a process of “deBaathification” – the firing of anyone from a government position who was a member of Saddam Hussein’s Baath Party – and shut down Iraq’s state-owned enterprises. The combined effect of these moves was to tell the ruling elite of Iraq, the Sunnis, that there was no place for them in the new Iraq. Unemployed, enraged, and often armed, many Sunnis went on to organize or encourage the insurgency that rocked Iraq for most of the next decade.

Compare those decisions to ones made by Nelson Mandela after the fall of apartheid. Mandela agreed that while his African National Congress would take power, the new ministers would not fire a single existing bureaucrat or general. The entire Afrikaner establishment was preserved, so that they would not be threatened by the new South Africa. The result, almost miraculously, was that there was no insurgency, despite many predictions that it was inevitable.

Don’t knock down doors. As the insurgency began, even in its earliest months, the U.S. military’s response to it was wrong and utterly counterproductive. The army, led by men like General Raymond Odierno, opted for a strategy that emphasized “shock and awe,” breaking down doors of suspected insurgents, rounding up communities, and demonstrating toughness. It backfired, convincing the locals that the Americans were the brutal thugs and that the insurgents had reason to be resisting them. In Mosul, one American general followed a different path. David Petraeus focused from the start on winning over the local population, using money, patronage, and services to create confidence and trust. His approach, which later became the “counterinsurgency” strategy, was adopted by the entire U.S. army in Iraq only after six years of fighting and failing. Ironically, General Odierno became Petraeus’ deputy and one of the key implementers of a strategy that was entirely different from the one he had prosecuted earlier. Better late than never.

Make a deal to include all parties. The crucial challenge in Iraq was to bring the three main communities together – Shia, Sunni, and Kurd – to create a new national power sharing agreement. That would include a division of oil revenues, an allocation of powers and authorities, and a settlement of some territorial disputes. Instead the United States handed the keys over to the Shia majority, trusting that it would treat its two partners fairly. It didn’t happen. The Kurds protected themselves by creating an autonomous republic in the north that is a state in all but name. They issue passports, speak Kurdish, and have their own army. The Sunnis launched an insurgency that persists to this day. The violence has subsided, but Iraq remains a state that has not settled any of its key challenges, and that means it has a province in the north that has all but seceded, and in the center of the country, there is still violence on a daily basis.

Write constitutions before holding elections. The U.S. wanted to craft Iraq’s constitutions and basic laws before rushing to elections. But because it had so bungled the initial year of the occupation, it found it desperately needed Shia support – and that could only come by allowing early elections. Those elections empowered the Shia religious parties that had been backed and sustained by Iran for decades. These groups, one of which is now in power led by Prime Minister Nuri al-Maliki, have little interest in liberty and law. For them, the elections were a way to consolidate power and oppress their political opponents and pursue sectarian conflict. The starkest indication of the collapse of any traces of liberalism or tolerance in Iraq is the fate of the Christian population. After surviving under Saddam Hussein, sanctions, and war, Iraq’s Christians have fled the new democratic Iraq, fearful of their lives, to the point that there are now almost no traces of Christian Iraqis, people who have lived in those lands since the days of the gospels.

This is not the only list of lessons, there are surely others. But many of these are still worth heeding. When we look at Afghanistan, the issue of making a deal with all parties – Pashtun and non-Pashtun - still applies. When we look at Syria, we must ask whether we can intervene effectively with few resources and a lot of good intentions. And when we consider any of these challenges, we should always ask, at least to be prepared, what could go wrong? Because if Iraq teaches anything, it is that in a complicated war in a distant land, what can go wrong often will.