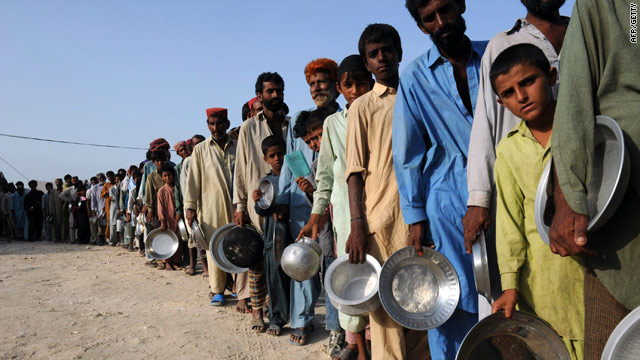 How to get food aid right

By Christopher B. Barrett, Special to CNN

Editor’s note: Christopher B. Barrett is a professor at Cornell University and author of an American Enterprise Institute paper on U.S. food assistance programs and the book Food Aid After Fifty Years: Recasting Its Role. The views expressed are his own.

How many of us read a story of disaster striking people half a world away and respond by getting out our checkbooks?  Tens of millions of us in any given year, and Americans are especially generous. Relief agencies received more than $1.2 billion in the wake of the disastrous 2010 earthquake in Haiti and $3.9 billion following the 2004 Indian Ocean tsunami.  But is anyone foolish enough to go to the local grocery store, buy food and ship it to communities devastated by disaster? Of course not. That would cost much more, take too long to reach people in need, risk spoilage in transit, and likely not provide what is most needed.

Yet with only minor oversimplification, this is precisely what our government’s food aid programs have done since 1954. Our main international food aid programs are authorized through the Farm Bill and must purchase food in, and ship it from, the United States. This system was originally designed to dispose of surpluses the government acquired under farm price support programs that ended decades ago.  These antiquated rules continue today thanks to political inertia in Washington.

As a result, only 40 cents of each taxpayer dollar spent on international food aid actually buys the commodities hungry people eat; the rest goes to shipping and administrative costs. And the median time to deliver emergency food aid is nearly five months. We can do better.

Thankfully, the Obama administration’s 2014 budget sensibly proposes that the federal government, for the first time, begin handling most food aid the way all of us manage our charitable contributions: give the money directly to those agencies that help the needy. It would cut red tape and let USAID more flexibly allocate $1.5 billion in scarce resources to do maximum good with minimum waste and quickly, providing food assistance in the forms that make most sense to save the greatest number of lives. Sometimes this will mean buying food close to where the crisis has struck, while other times U.S. farmers and food manufacturers will supply food to be shipped where it is needed most.

The key is the flexibility to move resources quickly and efficiently, saving more lives and giving recipients foods they typically prefer over unfamiliar commodities from a distant continent.  Peer-reviewed research on pilot programs run in 2010-11 conclusively supports these claims.  All the other major food assistance donors in the world – the Australians, Canadians, and Europeans – made these changes years ago and enthusiastically endorse their effectiveness. Virtually all of the major international charities that handle food for disaster assistance support the proposed changes. It would save money, accelerate and maybe even expand delivery of life-saving food assistance, and promote the development of market economies around the world.

Yet a powerful coalition of U.S. agribusinesses, shippers and a few international development organizations want to block this sensible proposal. Why? This “iron triangle” of special interests benefits from the outdated arrangements, at the expense of taxpayers and hungry people around the world. Agribusinesses get a small profit boost, but mainly a reliable government market without having to compete all around the world for this business. But thanks to high food prices in global markets American farms and agribusinesses have enjoyed record profits in recent years and don’t need more handouts.

As for the ocean freight industry, a 2010 peer-reviewed study found that most of the windfall gains from food aid shipments go to foreign shipping lines that operate U.S. flag vessels precisely in order to book these profits. Ostensibly the “cargo preference” provisions restricting food aid shipments to U.S. flag vessels are for national security reasons. But that 2010 study showed that 70 percent of the subsidized vessels are not militarily useful and there has been no military call-up of seamen from food aid vessels since the program began in 1954. Yet food aid restrictions provide ship owners with an annual subsidy equal to $100,000 per merchant mariner. Many militarily useful vessels also get a rather generous double dip: a $2.5 million direct payment per vessel each year under the Maritime Security Program, enacted in 1996.

There really is no good economic or humanitarian reason to oppose the administration’s proposed reforms. The only reasons are political: the willingness of some groups to extort corporate welfare at the expense of disaster-affected hungry people, and the resistance of some in Congress to transfer appropriations authority to a more suitable committee jurisdiction.

It is time for the government to respond to disasters abroad the way you and I do: generously, promptly and efficiently. The time for food aid reform is now.