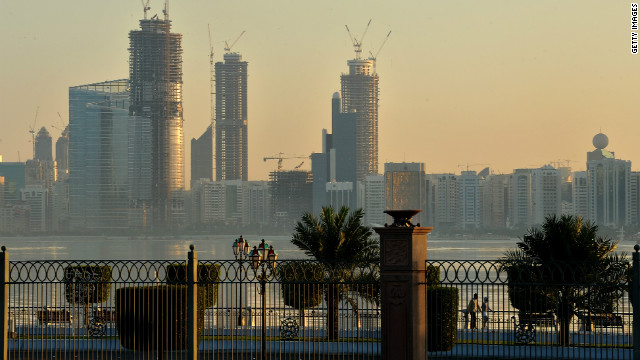 By Shelly Culbertson, Special to CNN

Editor’s note: Shelly Culbertson is a senior research manager at the RAND-Qatar Policy Institute in Doha, Qatar. The views expressed are her own.

It’s perhaps inevitable that violence in Iraq, Syria’s civil war, and ongoing unrest in Libya grabs international headlines. But in a part of the world so often associated with strife, significant progress is being made in areas that might come as a surprise to some. Indeed, even as conflict rages, a wave of research and innovation in Arabian Gulf countries is bringing with it significant investment in science and research infrastructure – and even U.S.-style universities.

When I moved to Qatar in 2006 to work at the RAND-Qatar Policy Institute, a partnership between the RAND Corporation and Qatar Foundation, my first project placed me as part of a team to set up the Qatar National Research Fund (QNRF), a sort-of national science foundation for Qatar. We were a diverse team of Americans, Qataris, Egyptians, and Iraqi scientists who had moved to Qatar for QNRF.

I admit I felt uncomfortable at first. After all, my country was at war in Iraq. How was this going to work? But amidst the regional upheavals, we focused on the opportunity to create something new and constructive together. We did, and we built trusting relationships with each other – but it was far from easy.

During the period the start-up QNRF team worked together, two of the Iraqi scientists had siblings in Baghdad assassinated as extremist groups targeted scientists and intellectuals. Sadly, that wasn’t all. Around this time, a car bomb exploded outside the Baghdad house of another member of the team, shattering the glass of the windows at the front of his home and hurling his wife and little boy across the room. Iraqis with Western university degrees and marketable skill sets were fleeing the violence, in a kind of massive scientific brain-drain.

This was all the more tragic because for centuries Baghdad had been an Arab center of learning. During the so-called Islamic Golden Age, from the 8th through the 13th centuries, a pan-Islamic culture stretched from Spain to China, one that saw the Arab world at the forefront of intellectual progress in science, philosophy, medicine and education. Indeed, the region’s Muslim, Christian, and Jewish scholars preserved the texts of the ancient Greeks at a time when they were being lost to the Dark Ages in Europe, furthered algebra (a word derived, incidentally, from the Arabic al-jabr), and made advances in medicine, optics, astronomy, and architecture.

But as proud as I am of the contribution that QNRF is making, it is merely one element of an emerging trend in the region as countries demonstrate their commitment to investing in scientific, innovative and educational programs.

The United Arab Emirates, meanwhile, attracted New York University, which set up a campus in Abu Dhabi, and has also partnered with MIT to establish the Masdar Institute of Science and Technology, which conducts research and offers graduate study in sustainable energy. And Saudi Arabia has established the King Abdullah University of Science and Technology, a sprawling architectural gem outside of Jeddah with an endowment of $10 billion.

None of this is to ignore the very real challenges that the region faces. The turmoil aside, Qatar and the United Arab Emirates also face human capital shortages – they have big ambitions but tiny populations, and their educational pipeline is struggling to produce qualified scientists. They therefore rely on large numbers of expatriates, a reality that is itself accelerating the pace of change in the region and forcing sometimes overwhelmed citizens to adapt.

Yet despite these challenges – ones that I have seen for myself, firsthand – this is an exciting time to be part of a renewed commitment to research and education in the Middle East. The Arab Spring has brought with it awakened aspirations. Investment in research, innovation and education will mean that these aspirations have a much greater chance of being realized.

9:06 am ET February 26, 2020 RETWEET
This segment will surprise you! twitter.com/NYUStern/statu…
fareedzakaria

4:49 pm ET February 24, 2020 RETWEET
If you want to achieve a sharp decline in the trade deficit, its actually easy—just trigger a recession. My take: https://t.co/ftAYorKCxi
fareedzakaria