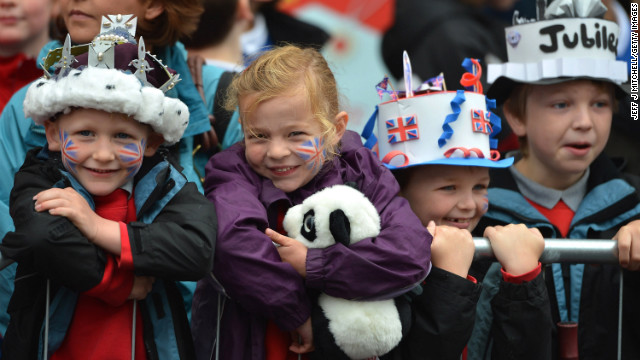 Could Britain see a baby boom?

By Stijn Hoorens, Special to CNN

Editor’s note: Stijn Hoorens is associate director and head of the Brussels office of RAND Europe. The views expressed are the writer’s own.

Prince George, the first child of Prince William and the Duchess of Cambridge, arrived last week, an event watched with king-sized anticipation across the globe. The royal birth comes at a time when fertility in Britain is increasing after decades of decline. Today, the U.K.’s total fertility rate, a proxy for the average number of children per women in a given year, is the third highest in Europe behind only France and Ireland. Is Britain on the cusp of a baby boom?

Fertility rates across Europe declined year-on-year between the post-war baby boom and the end of the 1990s. Europe’s total fertility rates dropped in most countries below the threshold needed to maintain a stable population, the so-called “replacement level” of 2.1 children per woman. But the dawn of the new century saw the declines cease and birth rates actually began to trend upwards in many countries, including the U.K.

And, while fertility rates in some European countries have resumed their downward trajectory in the last couple of years, Britain stands out as an exception, a place where a baby boom may well be taking shape.

Between 2010 and 2011, however, the fertility rate dropped in 24 out of 31 European countries. The Dutch statistical office, for example, has just announced its lowest birth rate since the 1980s.

There are many factors that affect fertility rates, including economic conditions, female education and employment, housing, biological factors, immigration and public policy, including government incentives like tax breaks for families with kids. And the factors at play in one European country may not be exerting influence elsewhere. The uncertain economic conditions in Europe are thought to be the main reason for couples, primarily young adults, to postpone having a baby.

So why do British couples have more babies then those in other European countries?

There are several potential reasons. The number of younger mothers has stopped decreasing and there are now more mothers in their twenties than there were a few years ago. At the same time, the number of older moms is continuing to increase as women born in the 1960s and 1970s are having children now after having postponed childbirth. Young adults in the U.K., it appears, are less concerned about the costs and risks of family expansion then elsewhere. The reason for this may be found in the flexibility of the U.K. labor market or the relatively modest cuts in family policies vis-à-vis other EU countries.

Migrant fertility is also commonly cited in popular media as one of the reasons for Britain’s baby boom, but this cannot explain the rise in period fertility. These rates are largely driven by women born in the U.K., who make up the lion’s share of women of childbearing age. Moreover, the expansion of foreign-born women in recent years is primarily due to migrants from Central and Eastern Europe, whose fertility tends to be lower than that of British women.

Kate, the Duchess of Cambridge, is one of those women born in the U.K. And Prince George is one of the latest pieces of evidence that fertility is back in style in Britain.