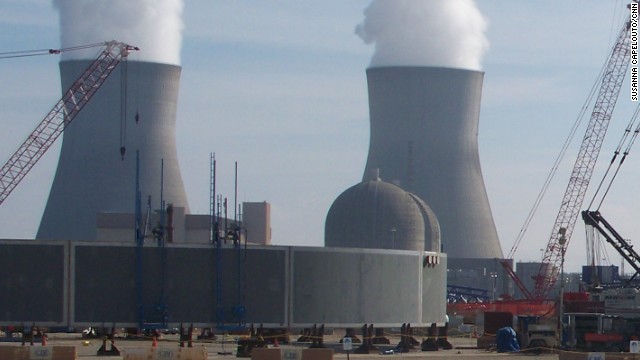 How U.S. nuclear reactors are vulnerable to terrorists

Editor’s note: Kuperman is editor of Nuclear Terrorism and Global Security: The Challenge of Phasing out Highly Enriched Uranium, and coordinator of the Nuclear Proliferation Prevention Project (NPPP) at the LBJ School of Public Affairs, University of Texas at Austin, where he is an associate professor. The views expressed are his own.

Nearly a dozen years after the al Qaeda strikes of September 11, 2001, America’s nuclear power plants – and civilian research facilities with bomb-grade uranium – are still not required to protect against a maximum credible terrorist attack of this scale. It is time for policymakers to act, if they want to prevent disaster.

The vulnerability to a terrorist strike was a key finding of a year-long study that I co-authored, as part of a larger interdisciplinary project at the University of Texas at Austin, under a contract for the Office of the Secretary of Defense (which has no responsibility for the final contents of the study).

The good news is that America’s military-related nuclear facilities, operated by the Departments of Defense and Energy, are generally much better protected. The Nuclear Regulatory Commission has also modestly raised security requirements at civilian facilities, which have bolstered their protective measures.

Disturbingly, however, nuclear power plants still must protect against only five or six attackers (according to published reports), less than one-third the number who engaged in attacks on 9/11. Nor are these existing facilities required to withstand the impact of a commercial airliner, as hit the World Trade Center and Pentagon. Unlike the Navy’s nuclear assets, civilian reactors adjacent to large bodies of water are not required to deploy floating barriers to defend against ship-borne attacks. Nuclear utilities are not even required to protect against rocket-propelled grenades and sniper rifles with armor-piercing ammunition, weapons that are possessed by many terrorist organizations.

America’s nuclear power plants, and their pools of used fuel, are thus vulnerable to realistic terrorist attacks that could disable cooling systems, trigger meltdowns, and release massive amounts of radiation, as occurred at Chernobyl in 1986 and more recently at Japan’s Fukushima reactors.

Nominally, our government is supposed to protect us against threats that exceed what utilities must defend against. Unfortunately, that is not happening. A terrorist attack could penetrate a facility in minutes to induce a meltdown, while government SWAT teams would not fully engage for at least an hour and a half, according to Congressional testimony by the Project on Government Oversight.

A second danger is the potential theft of bomb-grade, highly enriched uranium from this country’s three civilian research reactors that still use such fuel. The good news is that these facilities have committed to convert to safer, low-enriched uranium fuel, which is not suitable for nuclear weapons. Unfortunately, the conversion program is delayed by technical snags, so the reactors will continue to use bomb-grade uranium for another decade or more.

Most troubling, these research sites are exempt from defending against the modest, posited terrorist attack that utilities must protect against. So, our civilian facilities with bomb-grade uranium are even less secure than nuclear power plants. The amount of bomb-grade uranium at each site might not be sufficient for a nuclear weapon, depending on the sophistication of the bomb-maker, but the U.S. government has been assiduously vacuuming up even smaller amounts of such material around the world, to prevent the spread of nuclear weapons, as detailed in my latest book.

In 26 years of work in this field, I have never once taken a stance against nuclear power or nuclear research. My concern, and that of the NPPP, where I am coordinator, is to reduce risks of nuclear proliferation and nuclear terrorism. Highlighting the vulnerabilities does not, as some might argue, give terrorists new ideas, because the 9/11 Commission noted that al Qaeda had already contemplated attacking a U.S. nuclear reactor, and at least two terrorist organizations have tried to acquire nuclear weapons.

So what should be done? The main recommendation of our study is straightforward: all U.S. nuclear facilities, public or private, that pose catastrophic risks – whether from theft of nuclear weapons or fissile material, or from radiological sabotage of a nuclear power reactor – should be able to withstand a maximum credible terrorist attack. In the case of civilian facilities, where it is unaffordable or inappropriate for private operators to deploy certain protective measures, the government should provide additional backup to boost the combined defenses to the required level.

Our study examines in depth, but ultimately rejects, arguments for having less than this level of protection at some such facilities. The basic reason is that the U.S. government cannot know with sufficient confidence that terrorists would refrain from attacking or using all of their capabilities against any of these facilities, or that the consequences of a successful attack would be less than catastrophic.

In 1988, when I first drafted testimony about the danger of domestic truck bombs, this specter was ridiculed by officials who assured Congress that the United States would have timely warning of any specific terrorist attack. That was just a few years before the successful truck bombings at the World Trade Center in 1993, and the Murrah Federal Building in Oklahoma in 1995, neither of which was detected in advance by U.S. law enforcement or intelligence, which also infamously missed clues to the impending attacks of 9/11.

American officials know about the vulnerabilities of U.S. nuclear reactors, and luckily there is still time to take preventive action. But this needs to start now. It would be a tragedy if the United States had to look back after a successful terrorist attack on one of our nuclear facilities and say that we could have and should have done more to prevent the catastrophe.