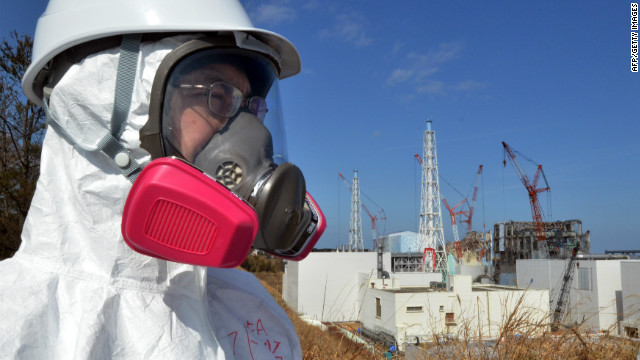 Why Fukushima is worse than you think

By Mycle Schneider, Special to CNN

Editor’s note: Mycle Schneider is an independent international consultant on energy and nuclear policy based in Paris. He is the coordinator and lead author of the World Nuclear Industry Status Report. The views expressed are his own.

“Careless” was how Toyoshi Fuketa, commissioner of the Japanese Nuclear Regulation Authority, reportedly described the inspection quality of hundreds of water tanks at the crippled Fukushima plant following the recent discovery of a serious radioactive spill. China’s Foreign Ministry went further, saying it was “shocking” that radioactive water was still leaking into the Pacific Ocean two years after the Fukushima incident.

Both comments are to the point, and although many inside and outside Japan surely did not realize how bad the March 11, 2011 disaster was – and how bad it could get – it seems clear now that we have been misled about the scale of the problem confronting Japan. The country needs international help – and quickly.

While the amount of radioactivity released into the environment in March 2011 has been estimated as between 10 percent and 50 percent of the fallout from the Chernobyl accident, the 400,000 tons of contaminated water stored on the Fukushima site contain more than 2.5 times the amount of radioactive cesium dispersed during the 1986 catastrophe in Ukraine.

So, where has this huge amount of highly contaminated water – enough to fill 160 Olympic-size swimming pools – come from? In the aftermath of the 2011 earthquake and tsunami, the reactor cores of units 1, 2 and 3 melted through the reactor vessels into the concrete. Nobody knows how far the molten fuel went through the containment – radiation levels in the reactor buildings are lethal, while robots got stuck in the rubble and some never came back out.

More from CNN: What Japanese leaders can learn

The molten fuel still needs to be cooled constantly and the operator, Tokyo Electric Power Company (TEPCO), injects about 400 tons of water into the perforated reactor vessels every day. That water washes out radioactive elements and runs straight through into the basements that were flooded during the tsunami. By 2015, over 600,000 tons of highly radioactive liquid are expected to have accumulated in temporary tanks, some underground, many bolted rather than welded together, and none ever conceived to hold this kind of liquid over the long term. The dangerous fluid is pumped around in four kilometer long makeshift tubes, many of them made of vinyl rather than steel, and plagued with numerous leaks in the winter when the above ground lines get hit by frost.

TEPCO’s account of the discovery this month of the leak of 300 tons of highly radioactive water showed a frightening level of amateurism:

“We found water spread at the bottom level of tanks near the tank No.5... Therefore, we checked the water level of this tank, and… confirmed that the current water level is lower by approximately 3 meters than the normal level.”

TEPCO reportedly admitted that only 60 of 350 tanks in that area are equipped with volume gauges. “Inspection” is done visually by a worker with a radiation detector. Meanwhile, the soil around the leaking tank delivered a dose per hour equivalent to the legal limit for nuclear workers for five years. No remote radiation measuring devices, no remote handling.

The tank leak is just the latest in a long list of signs that things are going fundamentally wrong at the site of what could still turn out to be the most serious radiological event in history. And the situation could still get a lot worse. A massive spent fuel fire would likely dwarf the current dimensions of the catastrophe and could exceed the radioactivity releases of Chernobyl dozens of times. First, the pool walls could leak beyond the capacity to deliver cooling water or a reactor building could collapse following one of the hundreds of aftershocks. Then, the fuel cladding could ignite spontaneously releasing its entire radioactive inventory.

TEPCO’s inability to stabilize the site, and the dramatic failure of the Japanese government, now majority owner of TEPCO, should come as no surprise. Indeed, so far, the Nuclear Regulation Authority has seemed too busy trying to help restart the country’s stranded reactors to put adequate attention on stabilizing the Fukushima site.

The fact is that the Fukushima Daiichi site represents challenges of unprecedented complexity. Maintaining the cooling of three molten reactor cores and five spent fuel pools in a disaster zone is a job of titanic proportions. That is why two weeks after the crisis first erupted I suggested the creation of an International Task Force Fukushima (ITFF) that would pull together the world’s experts in key areas of concern: nuclear physics and engineering, core cooling, water management, spent fuel and radioactive waste storage, building integrity and radiation protection.

Two and a half years on, the need for such a taskforce has only grown.

An ITFF would need to be established for at least two years to be effective, and could have two co-chairpersons – one Japanese, one from abroad. A core group of about a dozen experts would work full-time on the project and could draw at will on the expertise of several dozen corresponding experts that are carefully selected by the core group. A significant share of the core group should be independent experts (i.e. with no link to corporate or state interests). In addition, the ITFF would work in an open expert network, free to draw on any expertise in any field that it judges pertinent. It could openly invite feedback to its recommendations and would do its utmost to assess comments and suggestions.

Of course, such a taskforce would not “supervise” or “control” – the responsibility for this would remain with the Japanese government and the regulator. But the ITFF could provide recommendations on short-, medium- and long-term strategies for site stabilization.

Will the call for such a taskforce gain any traction? I have presented the basic concept to safety authorities of several countries, acting and former ambassadors, ministers and the European Commission. But while some officials have pointed to some ongoing limited bilateral assistance, so far, the main stumbling block appears to be the “pattern of denial” in Japan, a problem that has affected not only TEPCO, but apparently the Japanese government and the safety authorities as well.

Thankfully, there have been some small signs in official declarations by TEPCO and the Japanese government in recent days that offer hope for a change in attitudes. And Japan’s image in the world – and the Japanese people’s trust in their institutions – would greatly profit from an explicit and concrete international project. The question is whether members of the international community can muster the will to put their own interests aside, and help Japan conquer the denial that is risking catastrophe.

Topics: Japan • Nuclear
Next entry »Does public care about U.N. blessing over Syria?
« Previous entryPrevention better than punitive in Syria

Click here to cancel reply.
Next entry »Does public care about U.N. blessing over Syria?
« Previous entryPrevention better than punitive in Syria