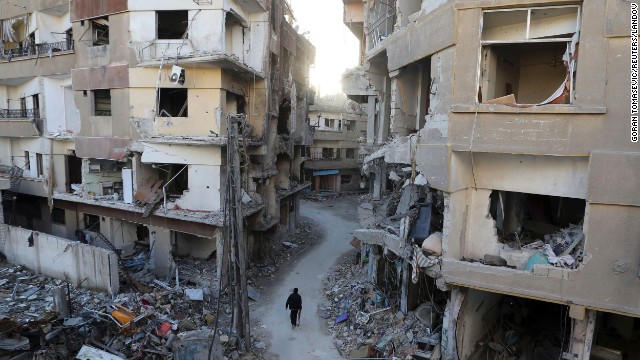 By Steven Kull, Special to CNN

President Barack Obama must pull off a difficult balancing act if he wishes to bring the American public around to supporting – or at least not opposing – military action against Syrian targets. But contrary to some reporting, public opinion is not overwhelmingly opposed and is not even fully yet crystallized. Indeed, large numbers say they are not sure and, most significant, polls show that different ways of framing the objective of the action can elicit very different responses.

While the Obama administration has tried to frame the action as limited and narrowly targeted at degrading Syrian capacity to deliver chemical weapons and deterring their use, much analysis and commentary portrays the United States as potentially entering into military conflict with the Syrian government with an implied or explicit objective of influencing the outcome, of the civil war, by those who favor as well as oppose such a move.  These different framings poll very differently.

However, when the action is framed as a narrowly targeted strike against chemical weapons capabilities, there is plurality support.  Asked by NBC News, “if US military action were limited to air strikes…that were meant to destroy military units and infrastructure that have been used to carry out chemical attacks,” half were in support and 44 percent opposed.

Americans appear to be responsive to the principle that the use of chemical weapons requires some type of response, though not necessarily going to war with the Syrian government. In the NBC poll 58 percent agreed with the statement that “The use of chemical weapons by any country is a ‘red line’ – that is, an action that would require a significant US response, including the possibility of military action.”

This points to one of Obama’s biggest challenges. Many Americans are not entirely convinced that Syria has used chemical weapons.  In the Pew poll, only just over half said they thought “there is clear evidence that the Syrian government used chemical weapons against civilians.” Twenty-percent said there is not clear evidence and about a quarter were unsure.  Those who believe there is such evidence are twice as likely to support military action. If Obama were to solidify the evidence, support would probably solidify as well.

Another factor suppressing public consent is the lack of multilateral support. In the Pew poll, 59 percent said that the United States should “first get a United Nations resolution to use force before taking military action against Syria,” while only 28 percent said it is unnecessary.

The biggest challenge that Obama faces will be the pressures to define the conflict in broader war-fighting terms. In his speech to the public he put the emphasis almost entirely on the need to uphold the international norm against the use of chemical weapons through a limited and targeted action. However, much of the reporting and analysis of the speech has framed the possible action as the United States getting involved in the civil war against the government.

Clearly there are, and will continue to be, pressures to up the ante and to define success as more than deterring the future use of chemical weapons. The Senate Foreign Relations Committee has already introduced language to the effect of influencing the outcome of the civil war.  Governments with an interest in bringing down the al-Assad government, but that are reluctant to support U.S. military action, will sniff at anything less as lack of U.S. leadership.

Ultimately, Obama will need to find his way between the Scylla and Charybdis of the competing forces for non-engagement and large-scale intervention if he is to sustain even a moderate degree of public consent.

Topics: Syria • United States
Next entry »On GPS Sunday: What should U.S. do about Syria?
« Previous entryDoes India need a strongman to revive economy?

Click here to cancel reply.
Next entry »On GPS Sunday: What should U.S. do about Syria?
« Previous entryDoes India need a strongman to revive economy?