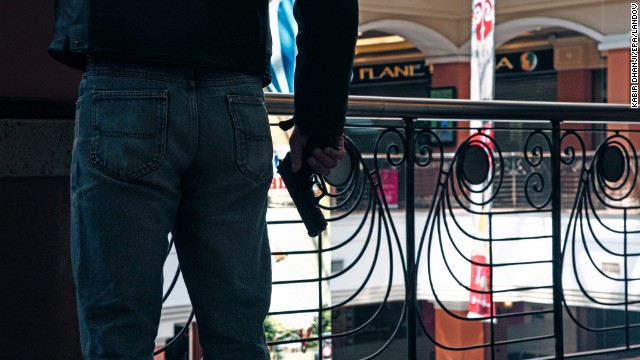 We are losing fight against al-Shabaab

By Katherine Zimmerman, Special to CNN

Editor’s note: Katherine Zimmerman is a senior analyst at the American Enterprise Institute’s Critical Threats Project, and the author of the recently released report The Al Qaeda Network: A New Framework for Defining the Enemy. The views expressed are her own.

The Obama administration counts Somalia as a success story, but the rising death toll from al-Shabaab’s bloody attack on Nairobi’s Westgate mall is a tragic reminder that U.S. strategy against al Qaeda, claims of success notwithstanding, is not working.

Al-Shabaab no longer controls vast expanses of territory as it once did, but reports of its demise are greatly exaggerated. Dismissed too often as a Somali nuisance, al-Shabaab is more than a local militia; it is part of the growing al Qaeda global network.

The Westgate mall attack is the deadliest terrorist attack in Kenya since al Qaeda’s 1998 truck bombing of the U.S. embassy in Nairobi. Reminiscent of the 2008 Mumbai attack that killed 164, the militants reportedly conducted a two-pronged assault with grenades and small arms, attacking separate floors. As of this writing, they continue to hold an unknown number of hostages. Among the scores of dead are Canadians, Britons, and Frenchmen. Four Americans have been listed as among the wounded.

More from CNN: How Al-Shabaab works

In addition to the Americans unlucky enough to have been at Westgate mall, the State Department is looking to confirm claims that American nationals may have been among the attackers. Largely made up of Somalis, al-Shabaab has been actively recruiting from the Somali diaspora in the U.S. for years. Just last month, the group released a 40-minute video glorifying the deaths of what is called its “Minnesota Martyrs”. (Minnesota is home to the largest Somali community in the United States).

How did this happen? By 2010, al-Shabaab had taken over much of southern and central Somalia, installing governors, courts and a de facto government in territory under its control. But the group was knocked back by the African Union Mission in Somalia (AMISOM). It lost significant swathes of territory to Kenyan and Ethiopian troops in fall 2011 and in 2012. The final blow to al-Shabaab – or so it appeared – was the September 2012 fall of the port-city Kismayo, a key source of revenue and power.

Down but not out, the loss of Somali territory appeared to funnel al-Shabaab’s energies back to terrorism and away from governance, a phenomenon typical among al Qaeda groups (see al Qaeda in Iraq etc). Always a source of tension within the group, al-Shabaab’s national interests began to take a back seat to the priorities of the broader terror network. In 2012, al-Shabaab announced a formal affiliation with al Qaeda. And while some among the group objected, a series of assassinations has given the pro-al Qaeda faction the upper hand.

More from GPS: Why we should keep out of Somalia

As the balance within al-Shabaab was tipping, the African Union mission that had so effectively damaged the group was also stagnating. A purported increase to AMISOM’s mandated troop number in 2012 – from 12,000 to 17,731 – only accounted for the incorporation of the Kenyan units already inside Somalia. A key element of U.S. strategy to defeat al-Shabaab in Somalia, AMISOM troops are stretched thin today and the Somali national army is not adequately prepared to take on Somalia’s security.

The Westgate mall attack is part and parcel of al-Shabaab’s efforts to claw back the initiative and take the fight to the enemy – in this case, the Kenyan government that supports AMISOM. But this shocking rampage should come as no surprise; al-Shabaab has been ramping up throughout 2013. In April, an attack on a Somali courthouse killed over 50 people; in June, an attack on the new U.N. mission killed more than 20; and a September attack on a popular restaurant also killed over 20 people. The group has also claimed credit for roadside bombings in Mogadishu, Kismayo, and elsewhere over the past few months.

Targeting, lethality and sophisticated planning demonstrate al-Shabaab’s reach, determination, and capabilities – impressive for an al Qaeda affiliate said to be on the verge of demise. Perhaps Westgate will drive home to the Obama administration that al Qaeda – resurgent in Yemen in the mid-2000s, in Iraq in 2012, and now in Somalia (not to speak of new bases in Sinai and Syria) – is doing very nicely indeed. And we, and our strategy of relying on local proxies and drones to fight it, are losing.