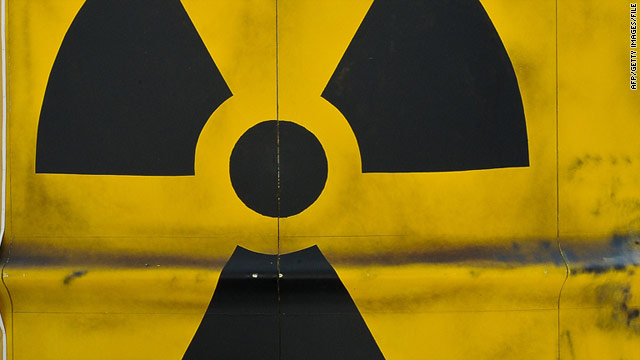 My experience of the nuclear horror

Editor’s note: Karipbek Kuyukov is an artist and Honorary Ambassador of The ATOM Project, a global campaign to eliminate nuclear weapons testing. The views expressed are his own.

As world leaders gather for the United Nations High-level Meeting on Nuclear Disarmament in New York, I would like to deliver a short message from the survivors of nuclear weapons testing in Kazakhstan.

The perpetual question of whether to pursue the nuclear arms race or eradicate nuclear weapons has divided international opinion. Experts, politicians and world leaders have traditionally sided either for or against nuclear arms. Some believe that nuclear weapons help preserve peace, yet surely many more believe these weapons are a certain path to another world war and the eventual obliteration of mankind.

But although there has been much discussion of the issue, few on either side have turned for advice to the victims of nuclear tests and explosions. We have a lot to say and a right to be heard.

I was born in 1968, about 100 kilometers away from the notorious Semipalatinsk nuclear test site in eastern Kazakhstan where the Soviet Union tested hundreds of nuclear devices over four decades. I was born without arms, a result of the horrific impact of nuclear radiation on the health of our people. As I grew up, I saw that I was not alone.

I saw mothers and midwifes shocked at the sight of other babies born with birth defects. I saw families too embarrassed to show their children to the outside world, hiding them deep inside their homes and bringing them out only briefly to have some fresh air and sun. I saw families and whole communities decimated by radiation-related cancers. As the United Nations notes, more than 1.5 million people in Kazakhstan suffered the effects of Soviet nuclear weapons testing, which lasted from 1949 until 1991.

I saw so much tragedy and suffering over these years that I decided for myself that I would do everything possible to ensure that my generation is the last to experience the painful and irreversible consequences of nuclear weapons testing. I became an activist in an anti-nuclear weapons movement and, remarkable as it might sound for a person in my situation, I took up painting in the hope that my art will inspire people to action.

Today, I see hope and inspiration. I think this vision of a world without nuclear weapons testing and nuclear weapons altogether can become a reality. It will be hard to reach, but it is nevertheless possible.

The first ray of hope for me came in 1991, when Kazakh President Nursultan Nazarbayev shut down the Semipalatinsk test site in defiance of the Soviet government in Moscow.

Then came the opening for signing of the Comprehensive Nuclear Test Ban Treaty in 1996. Since that time, 183 countries have signed the treaty and 159 countries have ratified it. But the treaty cannot enter into force until it is signed and ratified by eight more countries – China, Egypt, India, Iran, Israel, Democratic People’s Republic of Korea, Pakistan and the United States.

The petition – located here – is part of the campaign of The ATOM Project to draw global attention to the need to show more leadership and take decisive steps towards the elimination of the nuclear threat. Anyone in the world can sign the petition and contribute to building a nuclear-weapons-free world.

Since its launch in August 2012, the ATOM Project has told the stories of nuclear testing survivors in several cities in the United States and Europe.  Everywhere my friends and I go – from international organizations to high offices to think tanks to university campuses and community meetings – we receive an enthusiastic response and one simple message: Keep doing what you are doing; the world needs to hear your story so that global leaders make good on their promises to act to stop the nuclear weapons race.

This encouragement gives us strength to go on.

In the 21st century, global security remains the number one issue facing the people of our planet. I believe we need to re-evaluate having nuclear arms that are used to intimidate rather than keep the world safe. How can something that takes the lives of millions in an instant keep us all safe?

Today, you can make decisions for which your children and grandchildren will thank you. On behalf of others like me, I urge you to be courageous and visionary and find safer ways to protect your peoples. I would love to shake your hands and feel the warmth of your handshake, but the nuclear past of our country has deprived me of that opportunity.