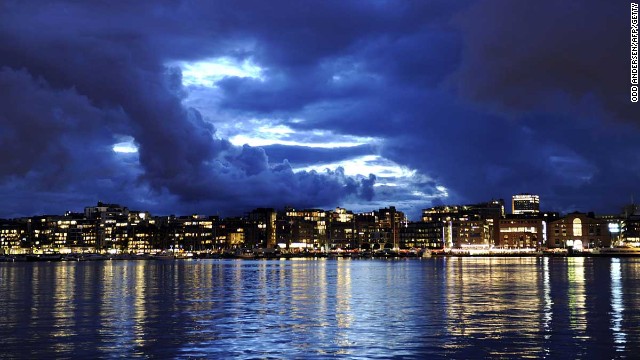 Could Norway be key to a future Syria strike?

Editor’s note: Christopher Chivvis is a senior political scientist at the nonprofit, nonpartisan RAND Corporation and author of the book, Toppling Qaddafi. The views expressed are his own.

The White House has faced an increasingly uphill battle to gain domestic and international support for possible strikes against Syrian President Bashar al-Assad, yet there may be a glimmer of hope on the horizon in the land of Fjords.

Earlier this month, Norway, traditionally one of America’s strongest NATO allies, elected a conservative new prime minister, Erna Solberg. Solberg comes to power as the Obama administration has struggled to win backing for strikes against the al-Assad regime in Syria – a struggle that has been complicated further by Syria’s acceptance of a Russia-backed plan that is supposed to see it give up its chemical weapons.

But if Syrian acceptance turns out to be a stalling tactic – as many believe it is – support for strikes from allies like Norway will be all the more important to the White House. Indeed, in the wake of the British parliament’s vote against intervention, smaller NATO countries like Norway could eventually play a significant role in helping the president make his case to the world.

Norway made a major contribution to the NATO operations that brought down Muammar Gadhafi in 2011, and was one of the few countries that actually flew strike missions over Libya.  At the time, then Defense Secretary Robert Gates praised Norway’s contribution to toppling Gadhafi, noting in a 2011 address that, unlike several other members of the alliance who opted out of operations altogether, Norway was “punching above its weight.”

Norway contributed six F-16s to strike missions in Libya. Importantly, it placed very few restrictions on their use and often took on difficult missions other allies were hesitant to carry out. Norwegian aircraft dropped close to 400 bombs in their operations.

More from CNN: Syria problem not going away

Back then, however, the United States could count on the government of former Prime Minster Jens Stoltenberg to support the NATO operation because the anti-Gadhafi forces had U.N. Security Council backing. Like most smaller European Nordic states, Norway takes the imprimatur of the United Nations very seriously. Indeed, the stated position of the now departing center-left government was that Norway could not participate without U.N. backing.

But the new government may have a different view. Solberg has hinted that she believes Norway could back strikes against al-Assad, even without a U.N. mandate. In an interview before the election, she told a leading Norwegian newspaper that it was “not 100 percent certain that you must have a U.N. mandate in order for intervention to be grounded in the rule of law,” while noting that a U.N. mandate was obviously preferable.

To be sure, Norwegian support for strikes would be far from certain – Solberg is still forming a government. And she does not enjoy an absolute majority in parliament – far from it. For strikes, she will need the support of several other parties – and that support could run aground just as British support did. Also, public support for military action in Norway is meager, as in other NATO countries.

Nevertheless, if the latest diplomatic initiative falls short, the White House will need to decide whether or not to go ahead with strikes. In this event, even the possibility of Norwegian support could play a role. Norway will not on its own shift the political calculus in favor of strikes, but it could certainly make a difference if it wanted to.