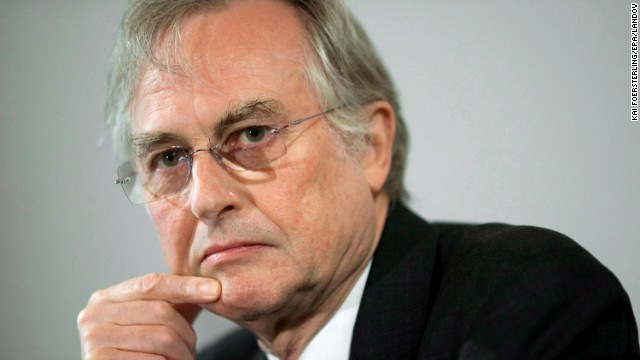 GPS digital producer Jason Miks sits down with renowned evolutionary biologist Richard Dawkins, author of the Selfish Gene and An Appetite for Wonder, to discuss readers’ questions on religion, its role in society and whether children can be described as “Christian.”

A number of readers noting your skepticism over religion’s role in society ask whether an absence of religion would leave us without a moral compass?

So the moral compass of any person is very much a part of the century or even the decade in which they happen to live, regardless of their religion. So we live in the early 21st century, and our moral compass in the early 21st century is quite different from 100 years ago, or 200 years ago. We are now much less racist than they were, much less sexist than they were. We are much kinder than non-human animals than they were – all sorts of respects in which we are labeled with a moral compass. So something has changed, and it certainly has nothing to do with religion.

You’ve been travelling to the States from the U.K. for a number of years. Have you noticed much of a change in the place of religion in the two countries over that time?

Notoriously, the United States is the most religious of the Western advanced nations. It’s a bit mysterious why that is. In Britain, Christianity is dying. Islam, unfortunately, isn’t. In Western Europe generally, Christianity is dying. Even in America, the figures show that religious adherence is being steadily reduced, and the people who now record themselves as having no religious affiliation is something like 20 percent. Many people don’t recognize what a high figure it is, and so politicians here who feel they have to curry favor with religious lobbies should maybe take a look at those statistics and realize that not everyone in this country is religious.

You say it’s a bit of a mystery why America is so much more religious than other advanced countries. Do you have any thoughts on why it might be? Tied to that question of disposition, several readers also wondered if there is a genetic predisposition toward faith?

There probably is, but I don’t think that really explains why America is so different from Britain. The least implausible suggestion that I’ve heard is that Britain and Scandinavian countries, which are also very non-religious, have an established church, and that kind of makes religion boring. Whereas in America, there is constitutionally a bar against an established church, and that could be one reason why religion has become so popular – it has become big business, it has become free enterprise, rival churches vie with each other for congregations and especially tax free ties.

Some readers see you as very evangelical in your atheism. Do you feel it a duty, just as some Christians might to share the word of God, to spread an atheist point of view?

Duty is a funny word. But when you say evangelical, I like to think that I don’t shout or shriek, but employ a quiet, sober voice of reason. And reason is on our side.

You’ve talked about feeling uncomfortable with the impact of religion on children. In fact, one reader asked whether you would prefer to see no under-18s at church. What’s your take?

I certainly wouldn’t wish to prohibit parents influencing their children. However, for the rest of the world, to label a child a Catholic child simply because its parents are Catholic, seems to me to be a form of child abuse. The child is too young to know.

You can see the absurdity of talking about a Catholic child of four when you think what it would be like if we talked about an existentialist child of four, or a logical positivist of four. In other words, we wouldn’t accept the labeling of a child based the parents’ belief, so why do we accept it when it’s religion? Why does religion get a free pass when it comes to labeling children in this way?